If a soldier died in service between the outbreak of War, 4 August 1914, and 31 August 1921 (the date when the War was declared over by Act of Parliament), he was entitled to be buried with a Commonwealth War Graves Commission (CWGC) headstone to mark his resting place.

CWGC headstones are to be found not only in the numerous cemeteries on the overseas battlefields, but many are to be found in this country where the service man, - or woman, died of disease or wounds. There are over 170,000 such headstones in the country, - for both World Wars, in churchyards and cemeteries.

For those soldiers who died overseas, however, repatriation was not available. The military machine did not include repatriation of the body as part of the system, and as the war progressed the scale of the problem made it even more difficult. So, throughout the war when a soldier was killed or died of wounds or disease he was buried in a cemetery where he fell, - wherever, of course, it was possible to recover the body.

Initially the graves were recorded and cared for by the Red Cross, and then in 1915 by the Graves Registration Commission. In May 1917 the Imperial War Graves Commission was established by Royal Charter (subsequently to become the Commonwealth War Graves Commission), and by the end of the First World War had begun the process of acquiring land for cemeteries and memorials and the enormous task of recording the details of the dead.

The grave markers from the original cemeteries were replaced by standard headstones, so that eventually the war graves became consolidated into the official cemeteries. 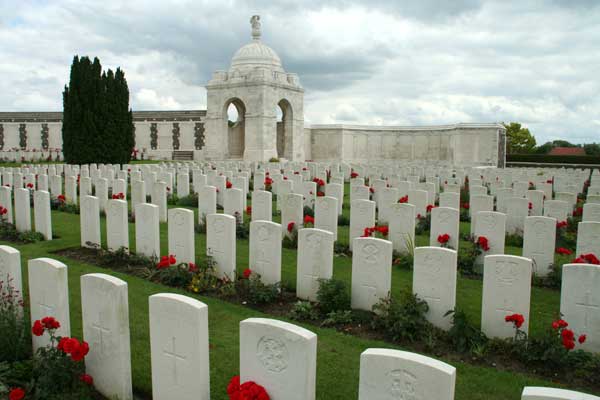 A View of Part of the Tyne Cot Cemetery

In the photo below, kindly supplied by Dave Taylor (<dave@advatec.org.uk>), the original grave marker of Michael John Kelly of the East Yorkshire Regiment is shown. To the right of it, and behind it slightly, can be seen the original grave marker of Private Fred Vasey of the Yorkshire Regiment. Both graves can now be found, - marked by CWGC headstones, in the Lindhoek Chalet Military Cemetery in Belgium.
(To see a full sized image select the thumbnail; click anywhere in the image that opens to close the window). 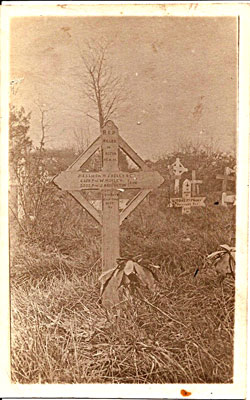 Occasionally, however, you can enter a church to find one of these original grave markers where the grave marker has become a local memorial in its own right.

Below are two examples.
The first is the memorial cross for Charles Duncombe, 2nd Earl of Feversham. This cross is to be found outside St. Mary’s Church, Rievaulx (North Yorkshire).
Charles Duncombe is also commemorated on the memorials at Chop Gate, Hawnby, Helmsley, Town Green (Bilsdale) and several other memorials. The Duncombe family are well-known in the area, and the loss of the 2nd Earl of Feversham would have been widely felt at the time. 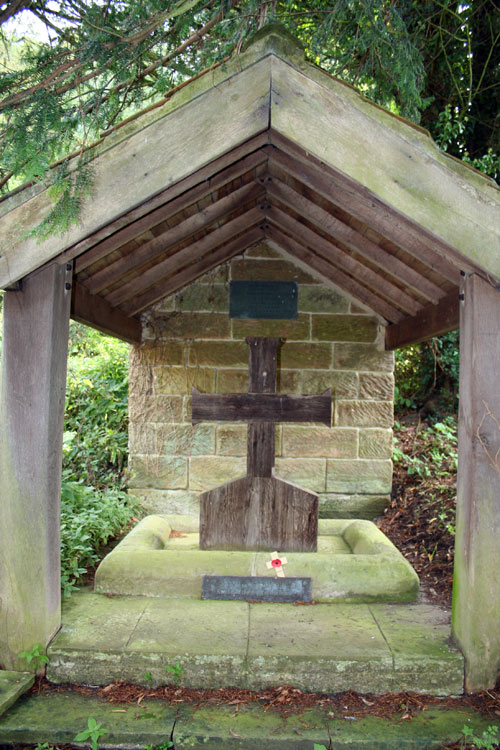 A somewhat more humble Memorial Cross is to be found in All Saints’ Church in Lydd, Kent.
This original grave marker still has a metal name tag attached to it, - that of Private Henry George Balchin, 33754, of the 7th Battalion Yorkshire Regiment who was killed on 13 November 1917 aged 19. Private Balchin is buried in the Poelcapelle British Cemetery. 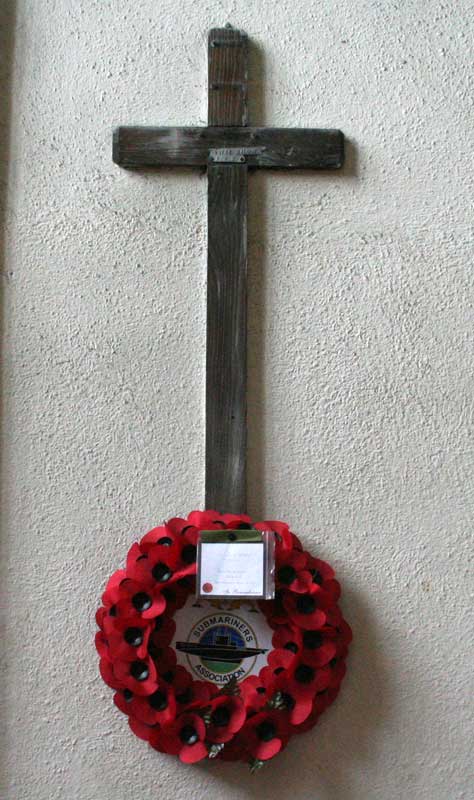 The above original grave markers are not all that common. The Commonwealth War Graves headstones of soldiers who died in service between 4 August 1914 and 31 August 1921, for the First World War, are to be found in every part of this country and in many countries overseas. 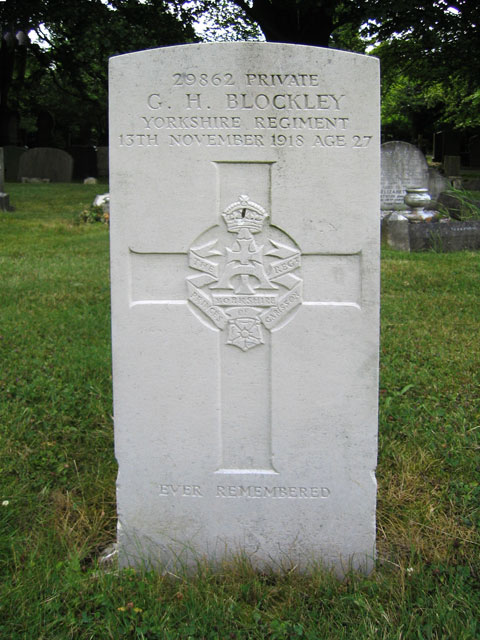 If you can help us with further photos of the War Graves of men of the Yorkshire Regiment, then please let us know. We will be pleased to show the photographs on this website, with full acknowledgement.