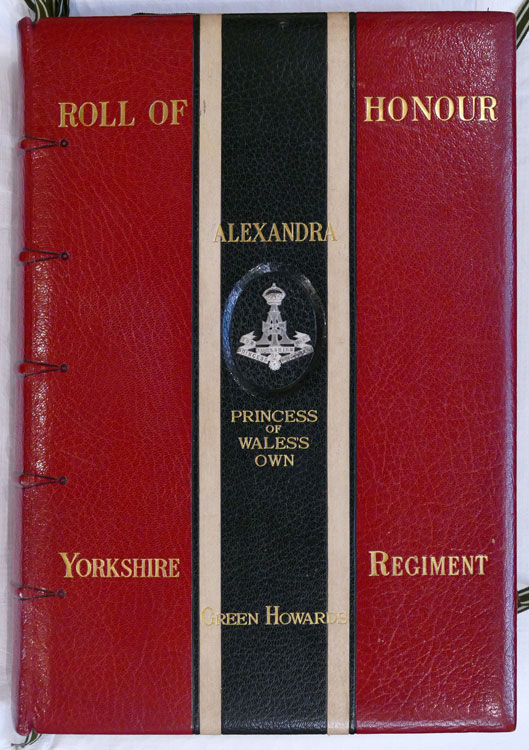 The Roll of Honour which is kept in the Parish Church in Richmond, North Yorkshire, records the names of almost 7,500 names of men who lost their lives. The figure of 7,500 is quoted in the official history of the regiment.

However, the church Roll of Honour does not include a number of men who died at home, and does not include every soldier who was originally in the Yorkshire Regiment but who were transferred to other regiments (including the Machine Gun Corps, where they might be serving alongside members of the Yorkshire Regiment).
There are also groups, such as men in the 16th Battalion, who were transferred to a Labour Company, but who were nevertheless buried with a Yorkshire Regiment headstone. These men were excluded from the Roll of Honour kept in Richmond's parish church.

This website is extremely grateful to the Director of the Green Howards Museum in Richmond for arranging for photographing the entire Roll of Honour and for allowing us to usethese photographs.

To see the pages of this Roll of Honour on which an individual soldier is honoured, select from one of the links below.
Each section of the Richmond Church Roll of Honour is presented as a PDF file. Please note that these PDF files are large in size and will require a high speed broadband internet connection.
(By finding the name of the soldier from the Database Search page, you will also be taken to this relevant part of the Roll of Honour in Richmond's Parish Church.) 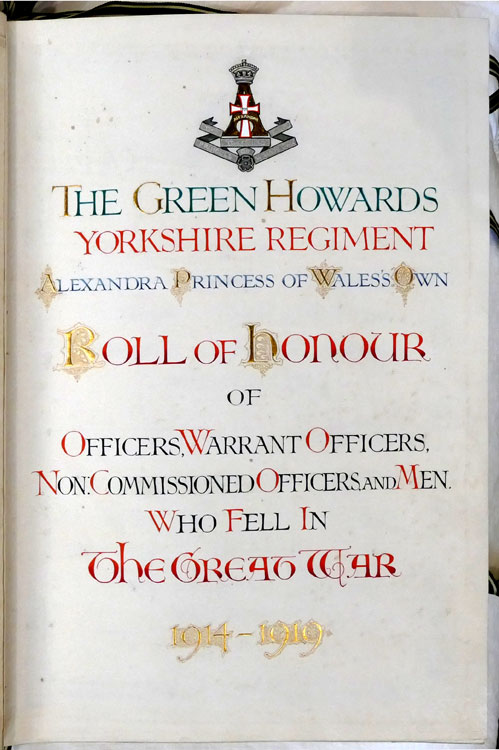 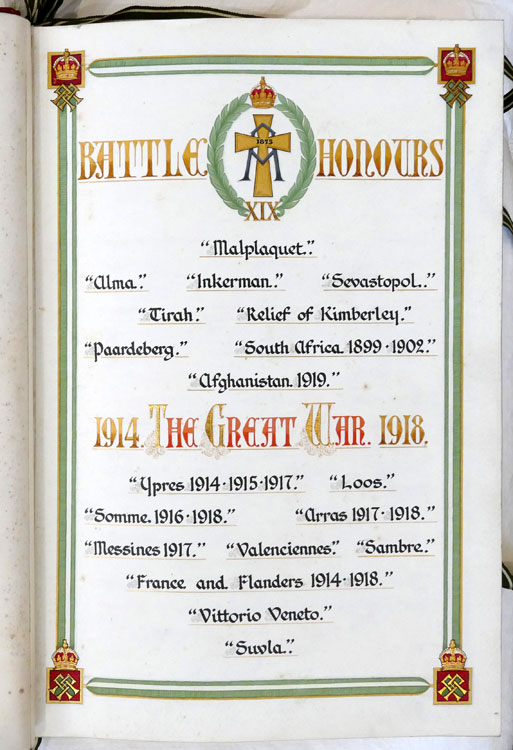 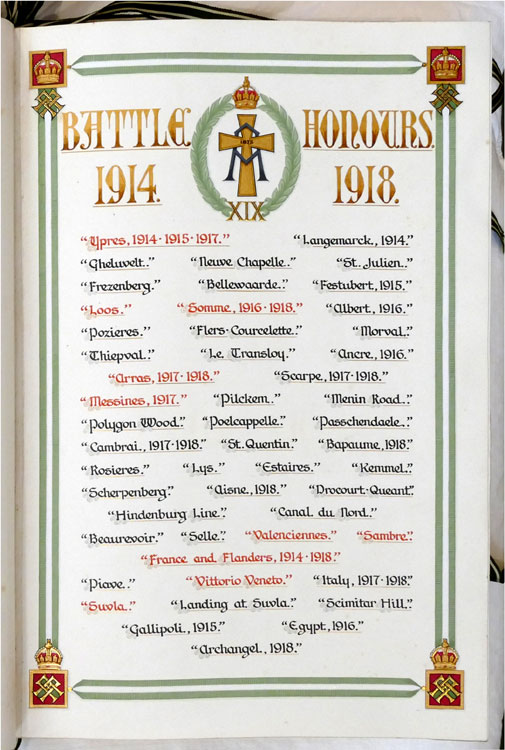