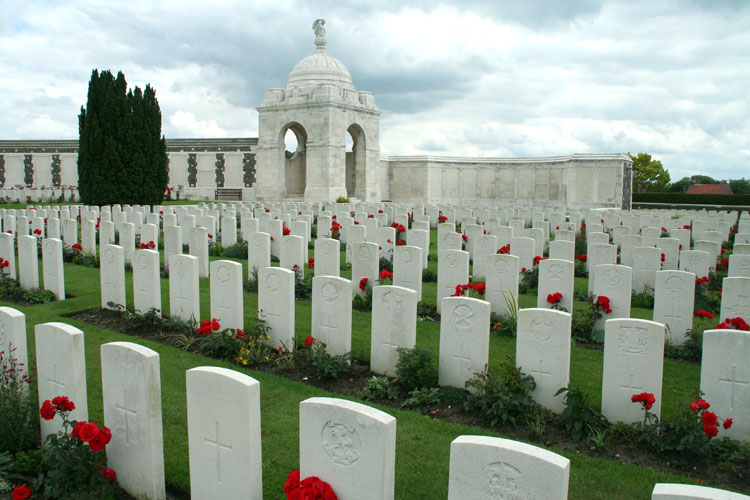 Tyne Cot is the largest Commonwealth war cemetery in the world in terms of burials. There are now 11,953 Commonwealth servicemen of the First World War buried or commemorated in Tyne Cot Cemetery, and of these 8,348 are unidentified.

Many of those who fell on the Passchendaele battlefields are buried in this cemetery.

Tyne Cot or Tyne Cottage was a barn that stood near the level crossing on the road from Passchendaele to Broodseinde. Around it were a number of blockhouses. King George V visited Tyne Cot cemetery in 1922 during his visit to the cemeteries of the First World War. He chose a blockhouse as the site on which the Cross of Sacrifice was placed.

After the Armistice, the cemetery was enlarged when graves from the battlefields of Passchendaele and Langemarck were brought here. The cemetery was designed by Sir Herbert Baker.

We are extremely grateful to Richard Roberts (<richard.nsw@googlemail.com>) who has generously provided the photographs of the headstones on this page. Where a headstone has been photographed by another author, this will be separately acknowledged.

Click on the thumbnail image of a headstone for a larger version of the photo which opens in a new window. 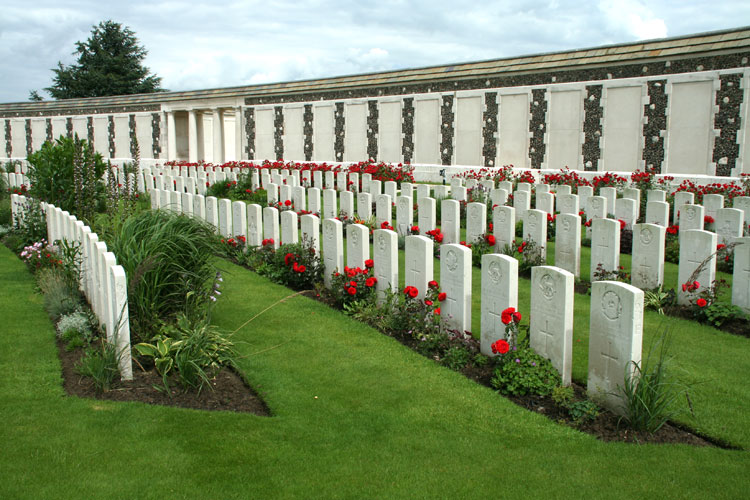 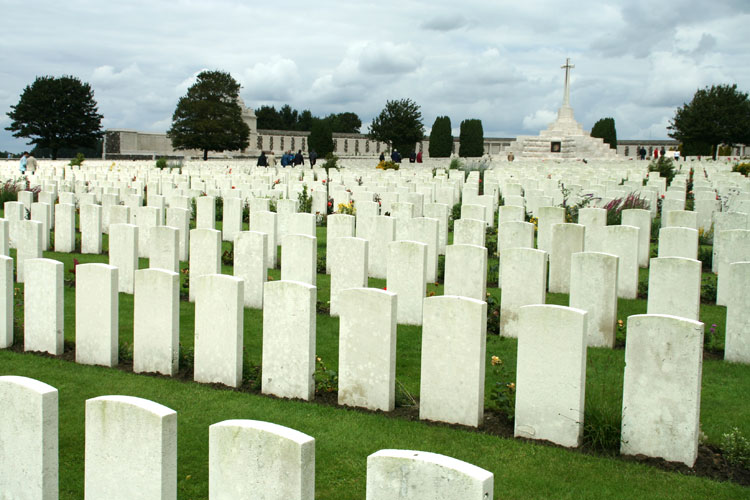 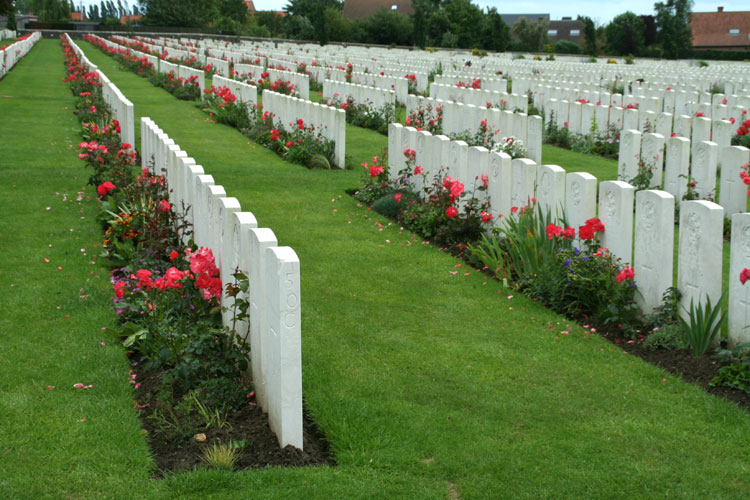 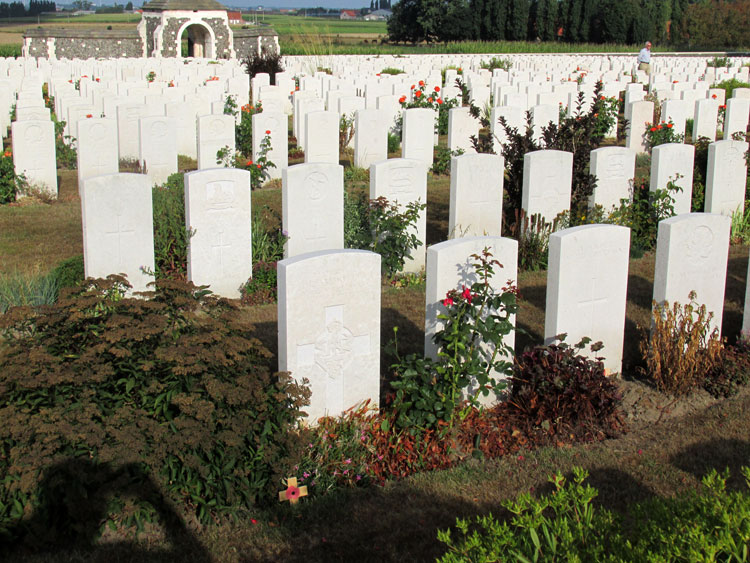 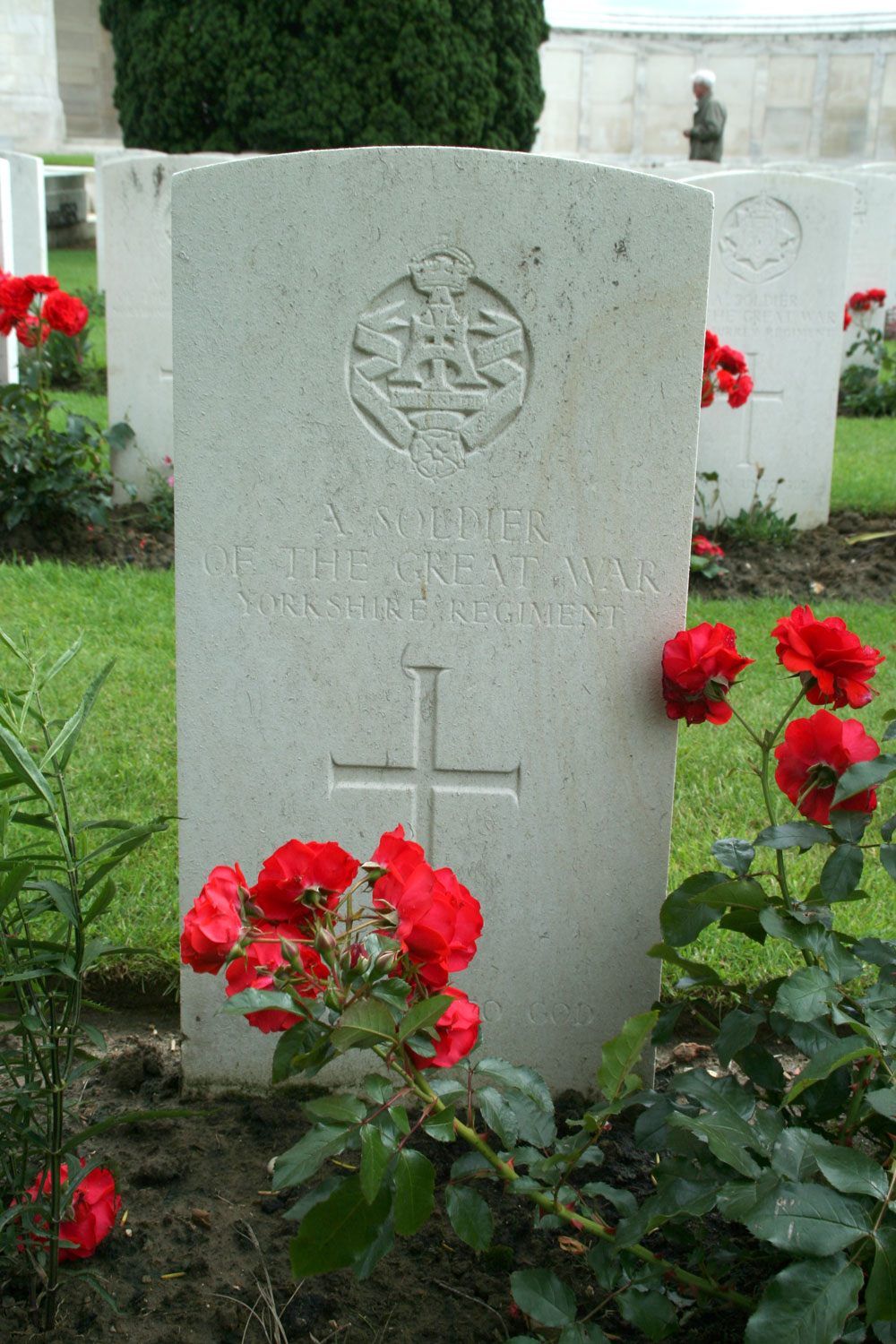