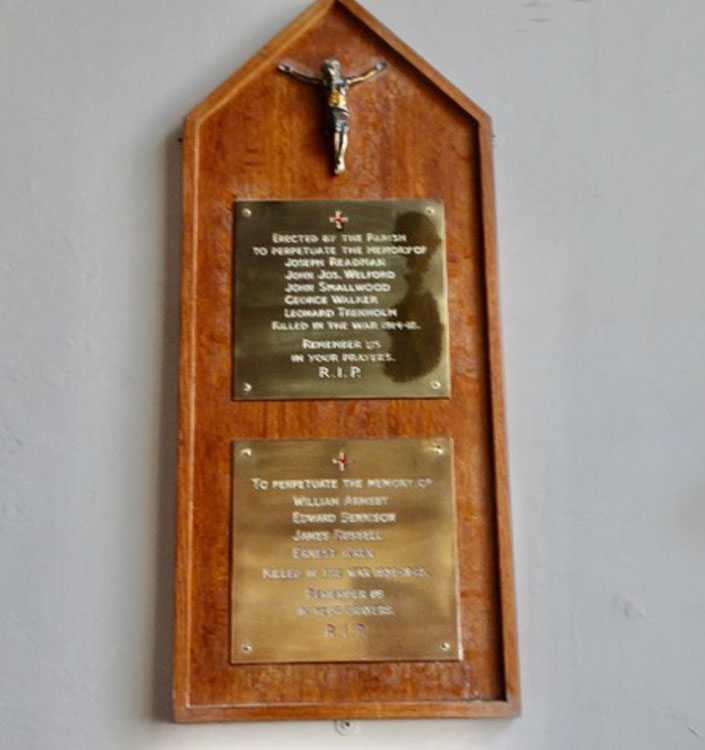 The Catholic Chapel in Staithes is located at the junction of Cliff Road and Staithes Lane. The full title of the chapel is "Our Lady Star of the Sea".
The memorial plaque in the chapel commemorates 5 names who lost their lives in the First World War, and 4 in the Second World War.

The wording on the plaques is;-

ERCTED BY THE PARISH / TO PERPETUATE THE MEMORY OF
JOSEPH READMAN
JOHN JOS. WELFORD
JOHN SMALLWOOD
GEORGE WALKER
LEONARD TRENHOLM
KILLED IN THE WAR 1914 - 1918
REMEMBER US / IN YOUR PRAYERS / R.I.P.

TO PERPETUATE THE MEMORY OF
WILLIAM ARMSBY
EDWARD BENNISON
JAMES RUSSELL
ERNEST WREN
KILLED IN THE WAR 1939 - 1945
REMEMBER US / IN YOUR PRAYERS / R.I.P.

3 soldiers who served in the Yorkshire Regiment are commemorated on this memorial. 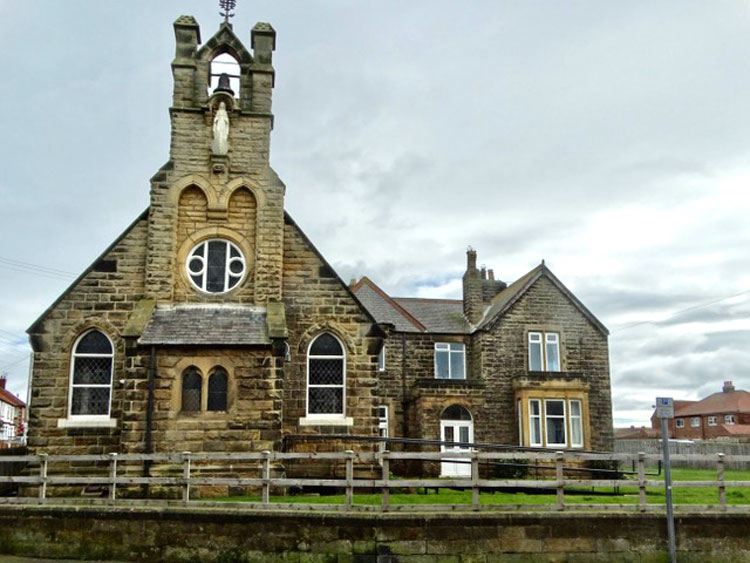