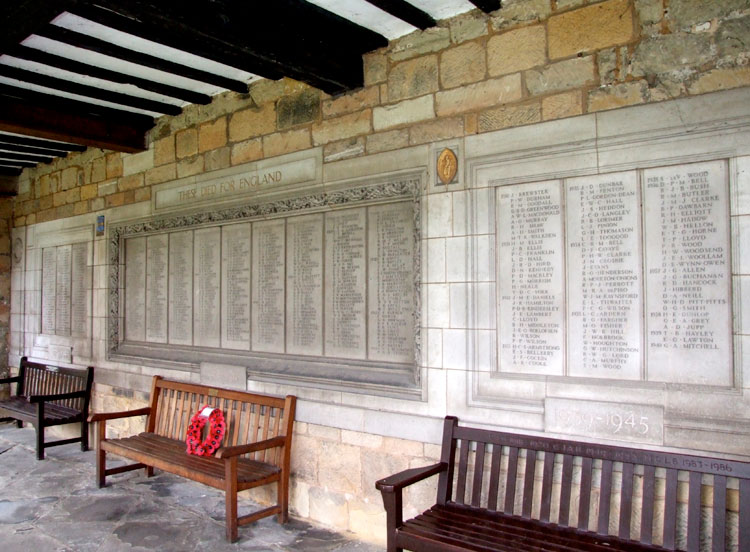 The Commemorations on the War Memorial at Repton School.
(Photo : Richard Roberts <richard.nsw@googlemail.com>)

The Repton School War Memorial stands in a beautiful setting in the old part of the school, which dates from 1559, on the site of a 12th Century Augustinian Priory of which just some foundation stones remain. The names of the fallen are inscribed on wall plaques in a cloister situated behind the memorial.

Eight Officers who served in the Yorkshire Regiment are commemorated on the Repton School War Memorial.

We are extremely grateful for the help and assistance provided by Paul Stevens, the School's Librarian and Archivist. The history of Repton School, and further details of the school, can be found on www.repton.org.uk/history-of-repton.

2nd Lieutenant John Follansbee Bredin Delap. 1st Battalion the Yorkshire Regiment. Son of the Rev. Louis Bredin Delap and Jennie Charlotte Delap, of Benhall Vicarage, Saxmundham, Suffolk. Killed 18 October 1916. Aged 19.
Buried A.I.F. BURIAL GROUND, FLERS.
Notes from Repton School archives;-
"Born July 30th 1897, the son of the Reverend Louis Bredin Delap and Jennie Charlotte Delap, of Benhall Vicarage, Saxmundham, Suffolk. New 1912 – 1915 Royal Military College, Sandhurst, 8/15. Second Lieutenant, 2nd Yorkshire Regiment, 12/15. France 7/16. Killed in Action on the Somme 18/10/16 aged 19.
Although not brilliant, he was a very useful member of the House both in work and games. He entered Sandhurst in August 1915 and received his commission in December of the same year. On October 18th 1916 he was reported wounded and missing, but is now believed to have been killed. His fellow officers and men report that he behaved splendidly in the night attack, was hit once while moving forward with the front line of his company, but got up again and went on. Hit the second time, he refused all help from his men, saying, “Never mind me, go on,” and waved them on to the attack. “A splendid example,” his Adjutant writes, “of self-sacrificing gallantry.” Another officer writes: “Although one of the youngest, he was one of the most valuable officers we have had. I don’t think he knew what fear was, or if he did, he never showed it, which is still finer.” The Reptonian, June 1917
John Delap left Repton School in 1912. - see photo for School Leavers 1908 - 1915 Commemorations.

Captain Clifford Sandford Simpson. 8th Battalion Yorkshire Regiment. Killed 10 July 1916.
Buried BECOURT MILITARY CEMETERY
Notes from Repton School archives;-
"Born February 11th 1891, the son of Mrs Simpson, 31 Westbourne Road, West Kirby, Cheshire. Hall 1905 – 1910 Trinity College, Cambridge Second Lieutenant, 8th Yorkshire Regiment, 9/14. Lieutenant, 11/14. Captain, 2/15. France, 1915. Killed in Action 10/07/16 aged 25 BECOURT MILITARY CEMETERY, BECORDEL-BECOURT >
Clifford Simpson left Repton School in 1905. - see photo for School Leavers 1903 - 1908 Commemorations.
Robert Coulson has provided biographical details of Captain Simpson in his Biographies of Officers of the Yorkshire Regiment;-
"Clifford Simpson was born in Liverpool on February 11th 1891 and was educated at Repton School where he joined the Officer Training Corps followed by Trinity College at Cambridge which he entered in 1910.
At the onset of war he applied for a commission and was gazetted as a 2nd Lt with the 8th Battalion in September 1914 and received promotion to Lieutenant in December.
In August 1915 he married his fiancée Winifred Stokes at Petersfield in Southampton and on the 26th of the month sailed with the 8th Battalion from Folkestone to Boulogne.
By now a Captain and Adjutant to the battalion Clifford Simpson spent the remaining months of 1915 in the Bois Grenier sector to the south of Armentieres.
In June 1916 the battalion moved to Longeau near Amiens to prepare for the Somme offensive and on July 5th the battalion were in action in the attack on Horseshoe Trench.
On July 10th the battalion attacked the village of Contalmaison from the direction of Baillif Wood, the advance going in at 4.50 p.m.
Captain Clifford Sandford Simpson was killed in this action at Contalmaison on July 10th 1916 at the age of 25.
A brother officer wrote later,
“He was killed in the thickest of actions at about 5-30pm. Nobody could have wished for a better or more noble end. He was with Col Vaughan in the thick of it charging across the open to attack the village. The whole battalion mourns him”.
Another wrote,
“He died as he lived a very great and gallant gentleman”. 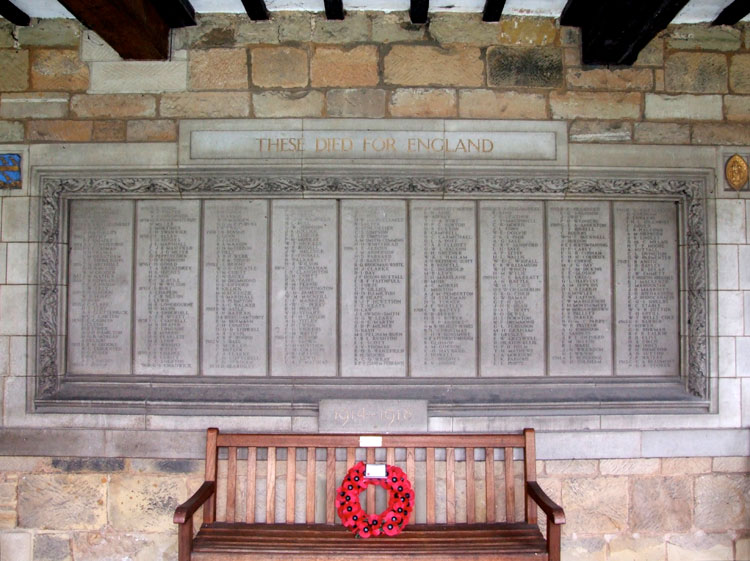 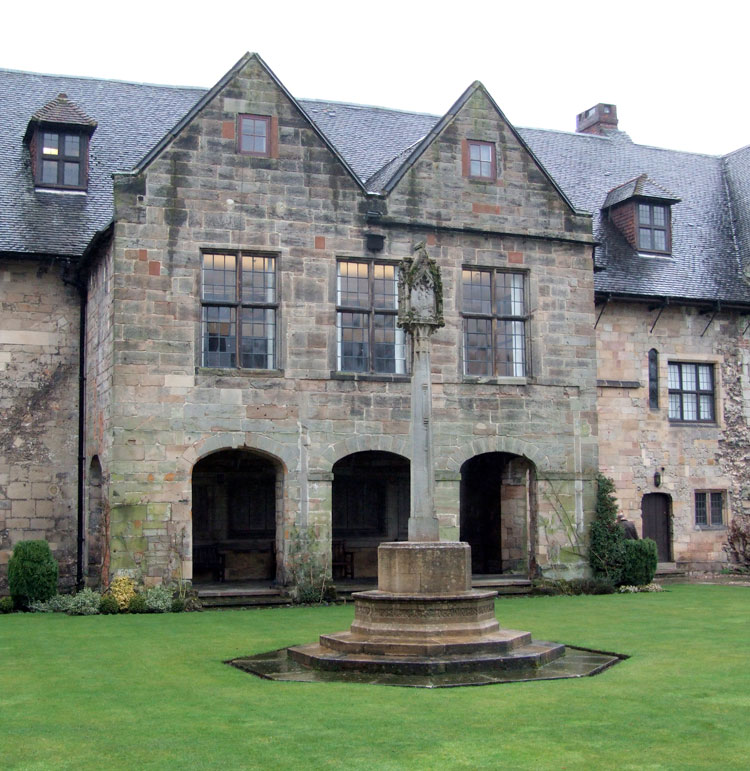 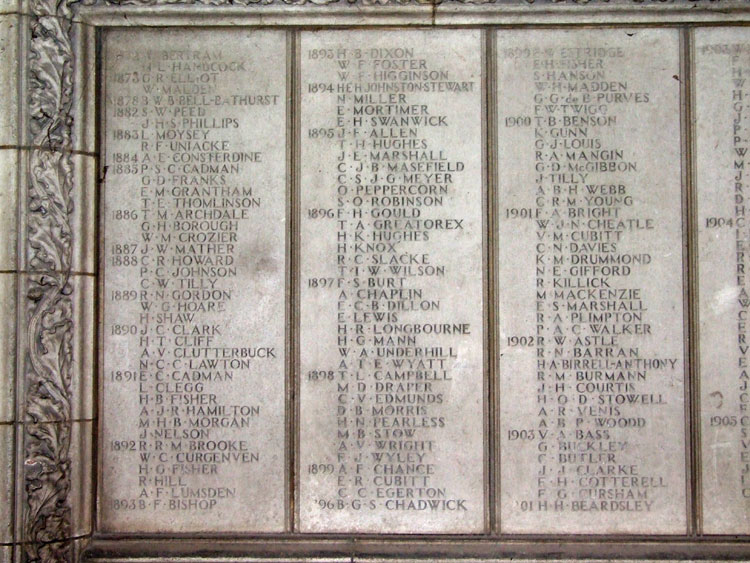 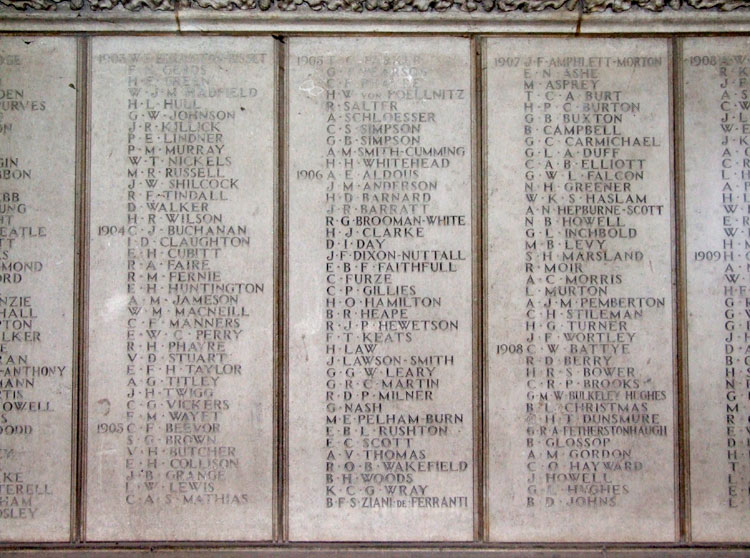 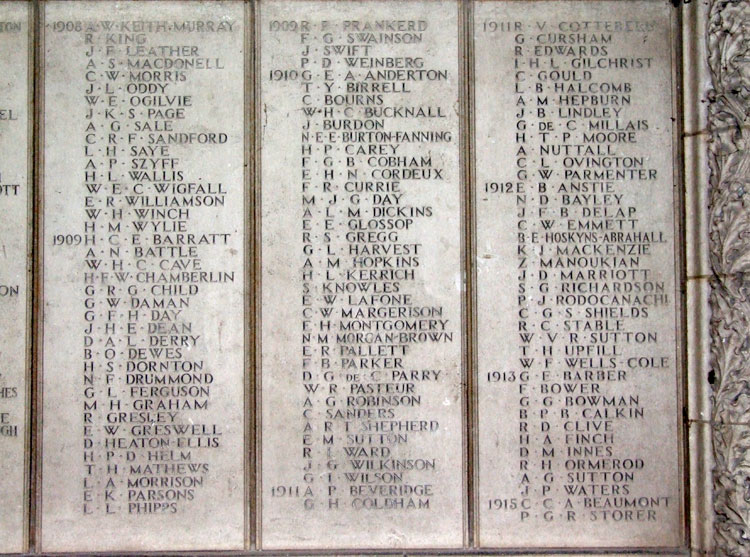