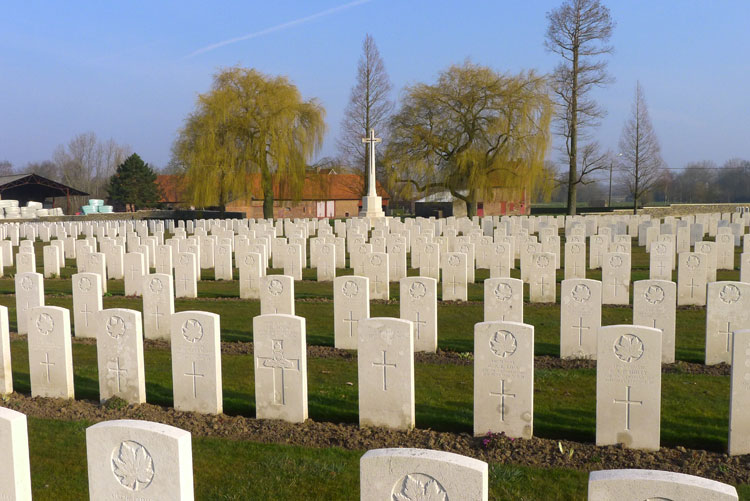 The commune of Zillebeke contains many Commonwealth cemeteries as the front line trenches ran through it during the greater part of the First World War. Railway Dugouts Cemetery is 2 Kms west of Zillebeke village, where the railway runs on an embankment overlooking a small farmstead, which was known to the troops as Transport Farm. The site of the cemetery was screened by slightly rising ground to the east, and burials began there in April 1915. They continued until the Armistice, especially in 1916 and 1917, when Advanced Dressing Stations were placed in the dugouts and the farm. They were made in small groups, without any definite arrangement; and in the summer of 1917 a considerable number were obliterated by shell fire before they could be marked. The names "Railway Dugouts" and "Transport Farm" were both used for the cemetery. At the time of the Armistice, more than 1,700 graves in the cemetery were known and marked. Other graves were then brought in from the battlefields and small cemeteries in the vicinity, and a number of the known graves destroyed by artillery fire were specially commemorated. The latter were mainly in the present Plots IV and VII. The cemetery now contains 2,459 Commonwealth burials and commemorations of the First World War. 430 of the burials are unidentified and 261 casualties are represented by special memorials.

78 soldiers who served with the Yorkshire Regiment are buried here. A number of these burials have special commemorative headstones, where the soldier is known to be buried in the cemetery but elsewhere.

Photographs of the headstones, and of the cemetery, have been kindly provided by
Terry Holmes (<terryholmes@hotmail.co.uk>),
Christopher Weekes (<weebex12@hotmail.com>) and
Richard Roberts (<richard.nsw@googlemail.com>).

Terry Holmes grandfather, Robert Holmes, fought with the 9th Battalion the Yorkshire Regiment and is interred in this cemetery.

To view a photo of a headstone, select the thumbnail image (below) and a larger sized image will open in a new window.

The Headstone for Lieutenant Youens, VC, of the DLI 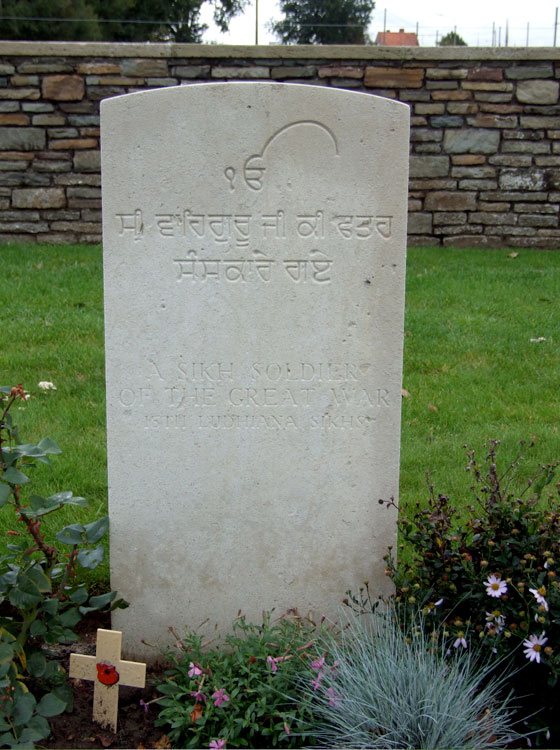 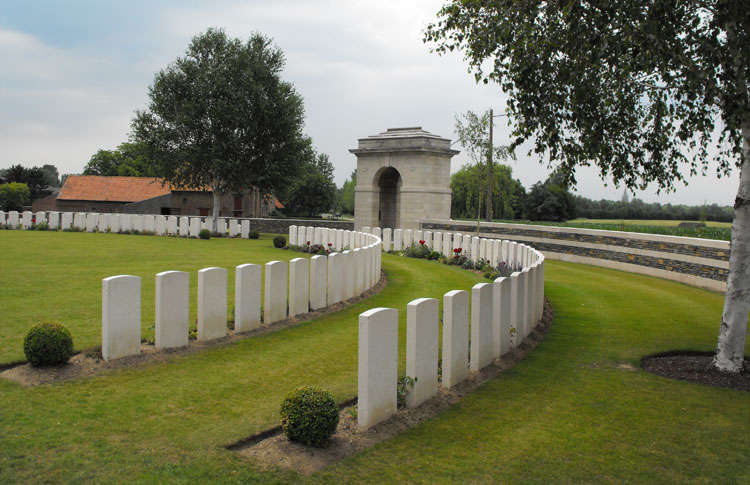 A corner of the Railway Dugouts Burial Ground.
Photo by Terry Holmes (<terryholmes@hotmail.co.uk>)