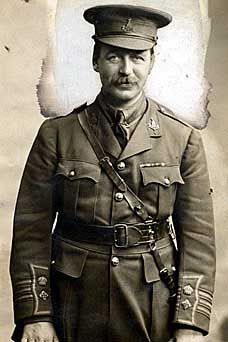 The following information is taken from "Baptism of Fire" by Mark Marsay, published by Great Northern Publishing;-

Lieutenant-Colonel Sir Mark Sykes was born in 1879 at Sledmere Hall, Sledmere, near Driffield. He was the eldest son of Sir Tatton Sykes. At the age of 18 he served in the South African/Boer War with the Volunteer Company of the Green Howards. In 1911 he rose to become Commanding Officer of the 5th Battalion. In 1913 he was elected as an MP.

In addition to his responsibilities in connection with the Army, Sir Mark had a significant input with respect to the politics of the Middle East. His name was on the Sykes-Picot Agreement which effectively set the political scene in the Middle East for the next hundred years.

Although Sir Mark did not go to France with the 5th Battalion, he had been on the Western Front in September 1914 on a fact-finding tour primarily aimed at seeing how his Waggoners were faring. On his return to England he and Lady Sykes (his wife), having already paid for the Metropole Hotel in Hull to be converted into a military hospital, endeavoured to improve the medical arrangements at the battle-front. In October 1914 Lady Sykes, accompanied by several nuns, took charge of a 150 bed hospital in a chateau just 25 miles from the front. A month later she set up a 35 bed hospital in a villa in Dunkirk, and in a joint effort with the French Red Cross she brought over 5 doctors, 25 nurses, and scores of orderlies and drivers from the East Riding to her hospital at Villa Belle Plage. Lady Sykes continued her work in France until the summer of 1915 when army medical arrangements began absorbing such private ventures.

Meanwhile Sir Mark Sykes took personal charge of training his 5th Battalion in and around Newcastle, and remained with them until they left for France. After the war he erected Memorials to both the Battalion and the Waggoners at the village of Sledmere on the Yorkshire Wolds near Driffield.

He died from pneumonia on the 16th February 1919, while in Paris attending the Peace Conference. He was 39 years old.

Sir Mark, 6th Baronet, Commander of the Order of St Stanislas (Russia), Order of the Star of Romania, is buried at St Mary's Church, Sledmere, and is commemorated on the Eleanor Cross, Sledmere. 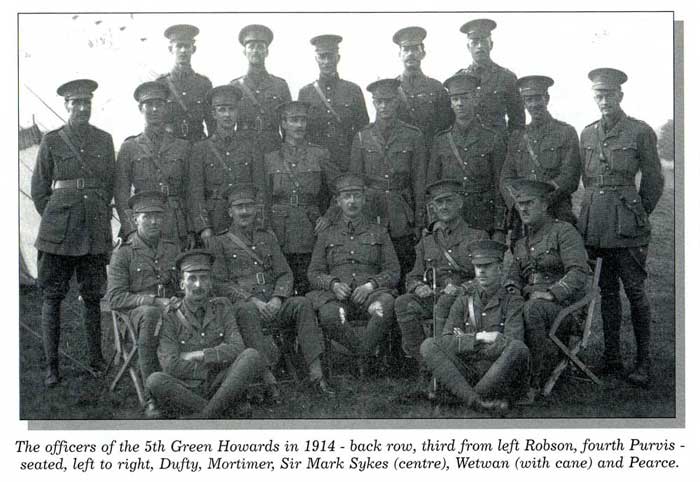 A Photograph of Sir Mark Sykes and the 5th Battalion
(from "Baptism of Fire" by Mark Marsay, published by Great Northern Publishing) 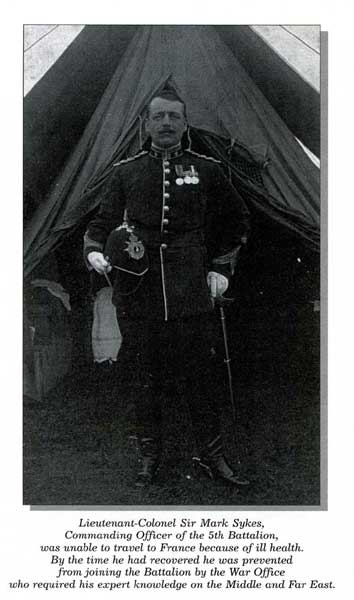