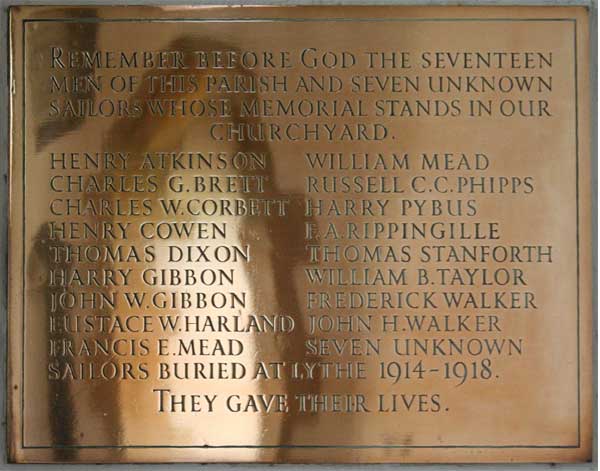 REMEMBER BEFORE GOD THE SEVENTEEN MEN OF THIS PARISH AND SEVEN UNKNOWN SAILORS WHOSE MEMORIAL STANDS IN OUR CHURCHYARD. THEY GAVE THEIR LIVES.

The names of the men on the plaque are;- 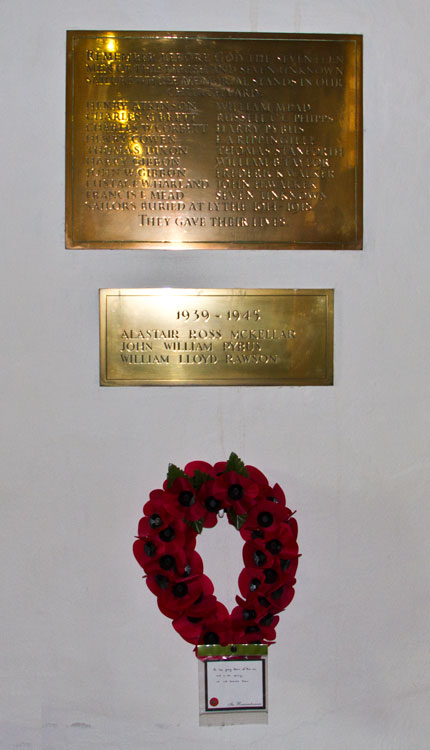 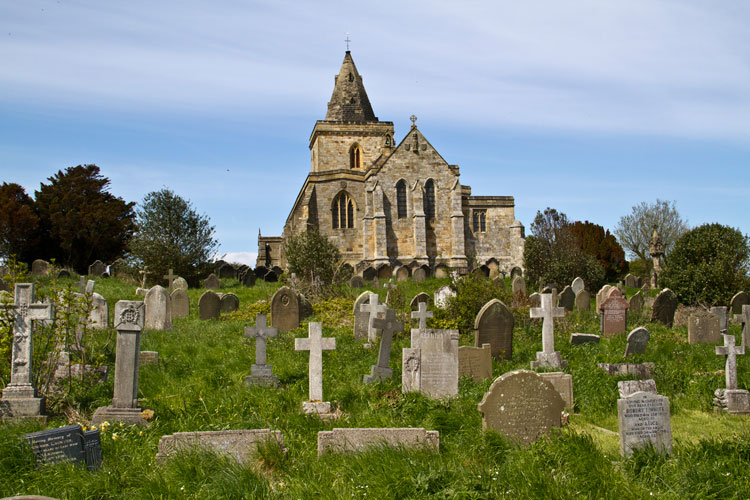