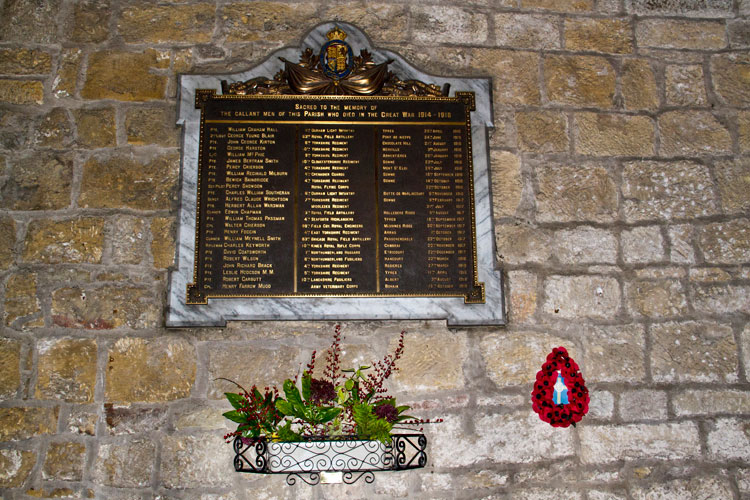 The Main War Memorial in All Saints' Church, Hutton Rudby.
Select the above image for a larger sized one which is suitable for transcription.
Photo : Edward Nicholl

The main War Memorial inside All Saints' Church, Hutton Rudby, is located on the North Wall of the church. Opposite this memorial are two others for Officers who lost their lives in the First World War, - both on brass plaques. The two Officers were both from the Bowes-Wilson family, one of whom served with the Yorkshire Regiment. Curiously, their names don't appear on the main War Memorial inside the church, though their names DO appear on the War Memorial situated in the village itself.

The main War Memorial is a painted brass tablet, where the names of the men, their regiments (or services) and the dates and place of death are shown in polished brass relief. The names are listed in the date order in which they lost their lives.

The names of the men on the memorial are;-

Five names are on the village War Memorial, but not on the church memorial;-

The two Officers who have separate brass Memorial Plaques inside the Church are;- 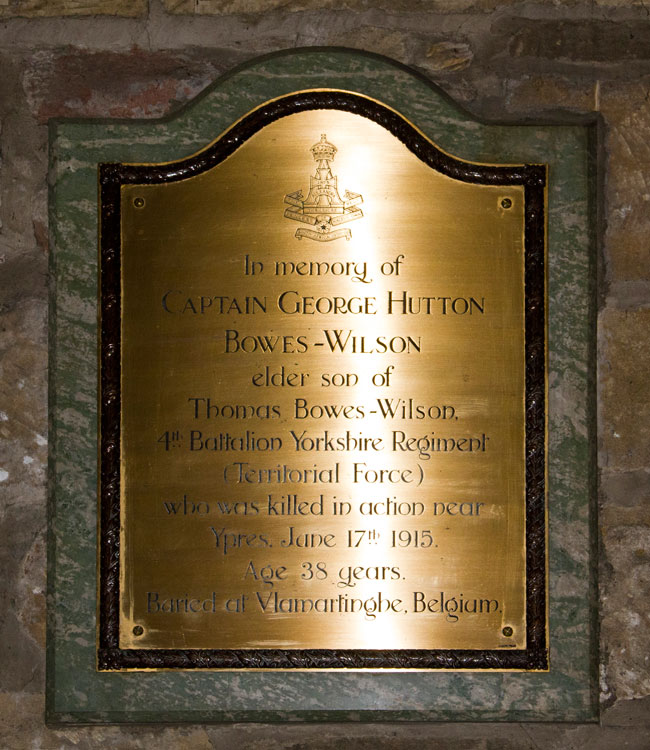 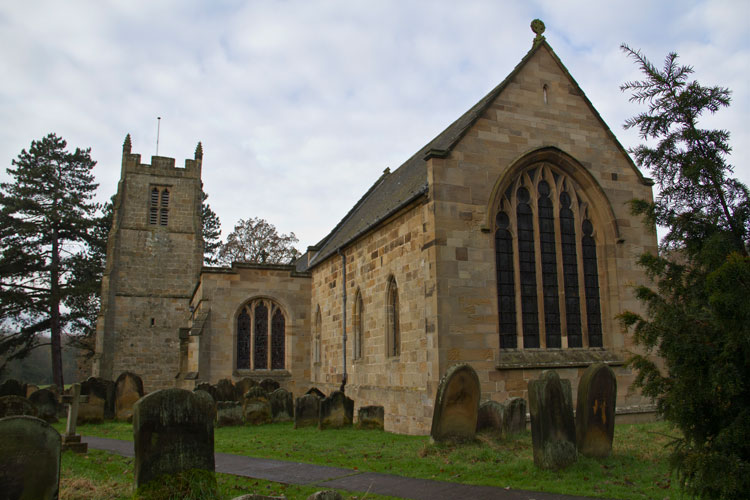