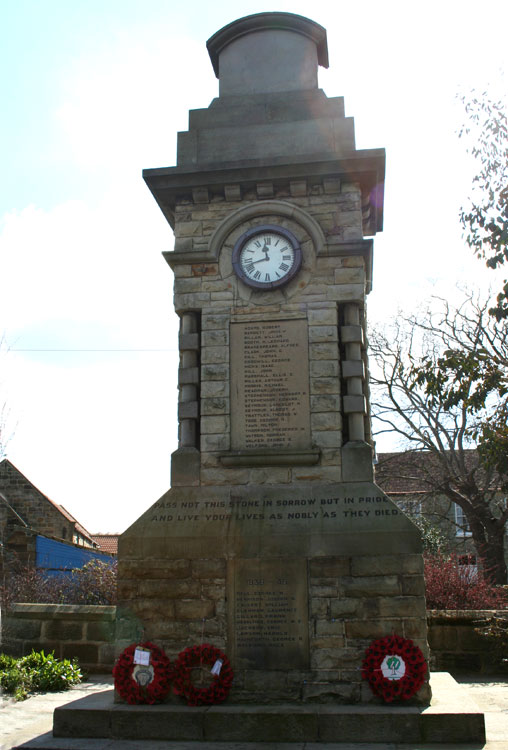 The dedication on the War Memorial in Hinderwell village, in the form of a clock tower, is;--

The memorial commemorates those from Hinderwell, Port Mulgrave and Runswick who lost their lives in the two World Wars.

25 names are commemorated as having lost their lives in the First World War, and 10 in the Second World War.

The names of those who lost their lives in the First World War are seen on the plaque whose photo is at the bottom of this page.
12 soldiers who served in the Yorkshire Regiment are commemorated on the memorial.

Serjeant George Henry Toase. 6566. 2nd Battalion Yorkshire Regiment. Killed 30 October 1914.
Born Easington (Loftus, Yorks), Enlisted Loftus, Skinningrove.
Commemorated on Panel 33, YPRES (MENIN GATE) MEMORIAL.
(Serjeant Toase was originally shown in the CWGC Register under "Tease", and his name is on the memorial as "Tease".
But his correct name is "TOASE" and his birth with this surname was registered in Guisborough in Q4 1880.
However, the Hinderwell War Memorial shows hims as "George Henry TOSE".) 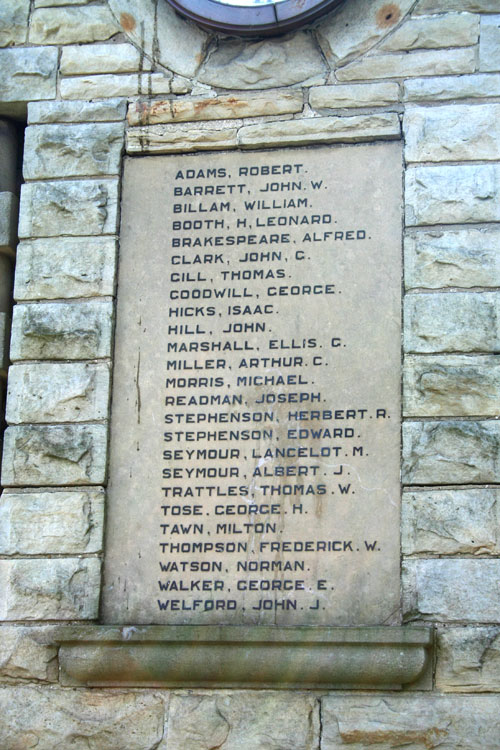