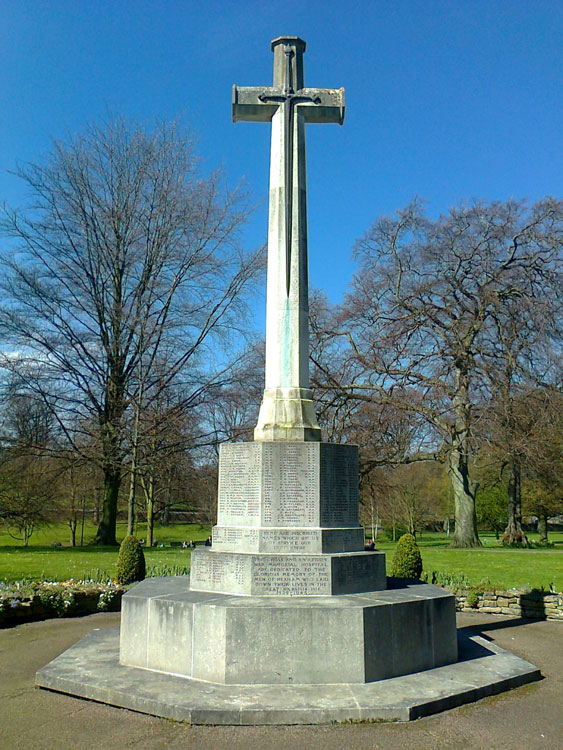 The War Memorial for Hexham is a Latin Cross on an octagonal stepped base, and is to be found in Abbey Gardens. The design is that of the Cross of Sacrifice to be found in Commonwealth War Grave Cemeteries.

Private Percy H Wollaston. 235340. 20th Battalion The King's (Liverpool Regiment), formerly 243121 the Yorkshire Regiment. Son of Mrs. H. Wollaston, of 32, Felix Rd., Ipswich. Killed 31 July 1917. Aged 32.
Born Ipswich (Suffolk), Enlisted Hexham (Suffolk) sic, Resided Hexham.
Commemorated on Panel 4 and 6, YPRES (MENIN GATE) MEMORIAL.
(Percy Wollaston is commemorated on the Hexham, Northumberland, War Memorial as "P Woolaston". His place of enlistment in SDGW would not have been "Hexham (Suffolk)" but Hexham (Northumberland).
A search of the 1901 Census shows him as being a Tailor, working in Ipswich. But he cannot be found in the 1911 Census, indicating that he may have been serving in the Army at that time.)
Peter Clarke (<peter.clarke42@ntlworld.com>) has provided the following information on Percy Wollaston;-
"Percy is on the 1911 Census of England & Wales, a 25 year old unmarried Tailor recorded as a Boarder at Rosemeath Cottage, 32 Battle Hill, Hexham and born Ipswich, Suffolk. As with many a boarder I've had cause to research over the years his landlord didn't know all the proper details, and so his surname is recorded as "Wallarston". " 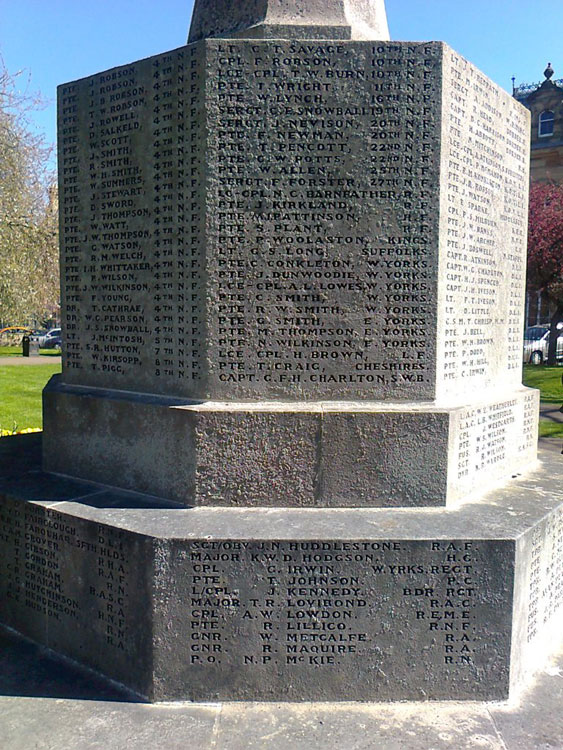 The Names of G Smith, M Thompson and P Wollaston on the Hexham War Memorial
Select the above image for a larger one which opens in a new window
Photo : DS on the War Memorials Online website

Some of the Northumberland Fusiliers names on the Hexham War Memorial
Photo : DS on the War Memorials Online website