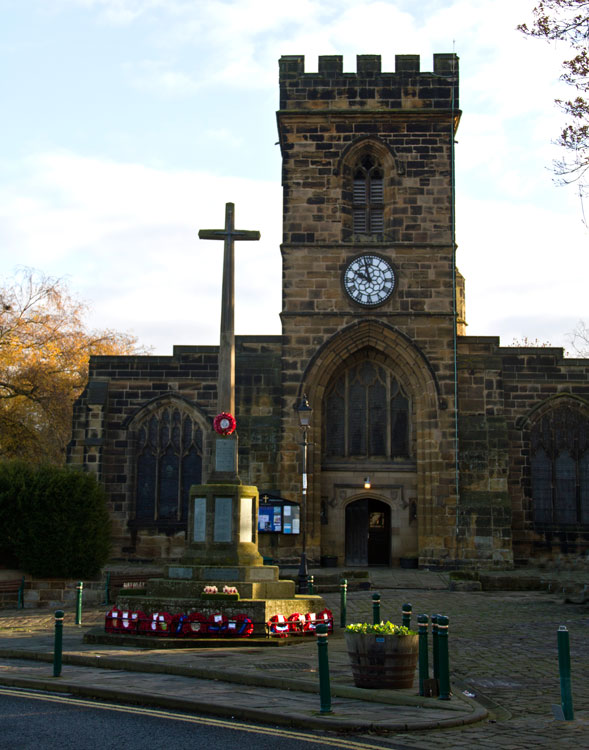 Inside the Church of St. Nicholas in Guisborough are several War Memorials of Interest. These are shown individually, below;-

This Battle Cross is mounted on a wall in the North West corner of the church, close to the main entrance. What is rather remarkable is that an almost identical Battle Cross was originally displayed in the Parish Church at Tow Law, but was subsequently presented to the Green Howards Museum.

Two views of the cross are shown below, - select a small sized image for a larger sized image to open in a new window. 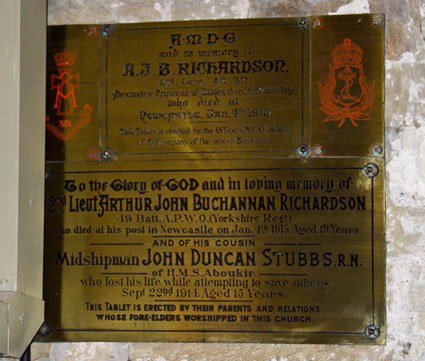 The above memorial is located beside the main entrance doorway in the West of the church. It is partially obscured by a service duct.
The memorial is particularly poignant with the inclusion of the commemoration of Midshipman Stubbs.

Four of the church windows are dedicated to the memory of the Ableson family members. Although photos of these windows are not included on this page (copies can be provided if requested), the dedications are interesting in themselves.

Windows to St. Phoebe & St. Dorcas;-
"To the glory of God & in loving memory of Mary Harlin Ableson who died 18 February 1945 and her only Grandson James William Ableson killed in Action 8th March 1942."
(2nd Lieut Ableson, - son of the above L/Cpl William Ableson. KOYLI. Died in Rangoon) 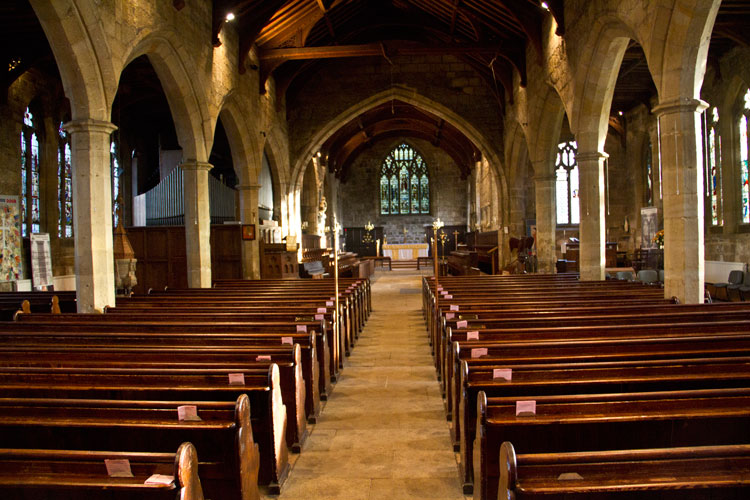