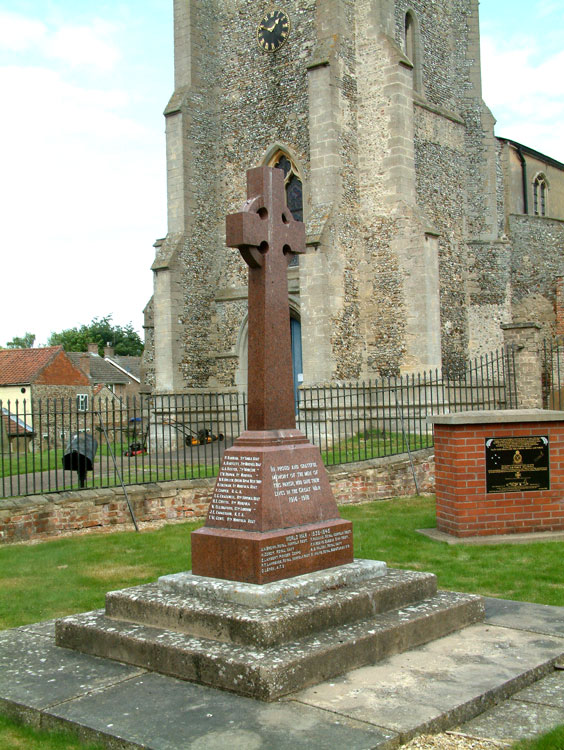 The memorial itself is a simple cross, constructed of Balmoral granite. The memorial is located in an enclosure just outside St. Mary's churchyard, on the corner of St. Mary's Street and Bell Street in Feltwell. Beside the War Memorial is a memorial dedicated to all personnel of No. 75 (New Zealand) Squadron who were initially based at RAF Feltwell. This memorial was unveiled on 8th November, 2003.

48 names of those who lost their lives in the First World War are commemorated on the memorial, and 9 names for the Second World War.

Two soldiers who served with the Yorkshire Regiment are commemorated on the Feltwell War Memorial. 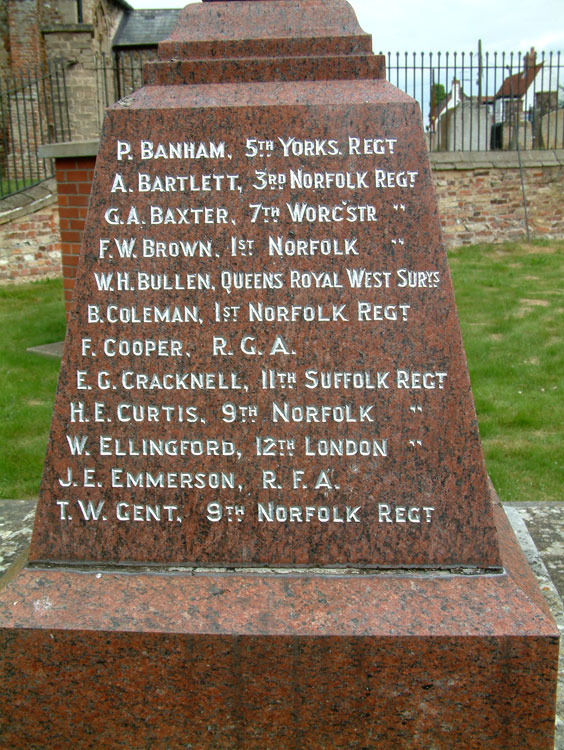 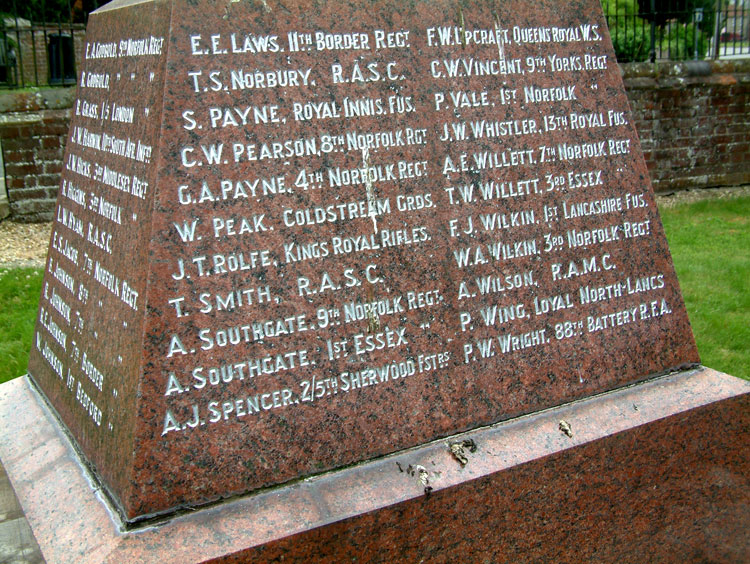 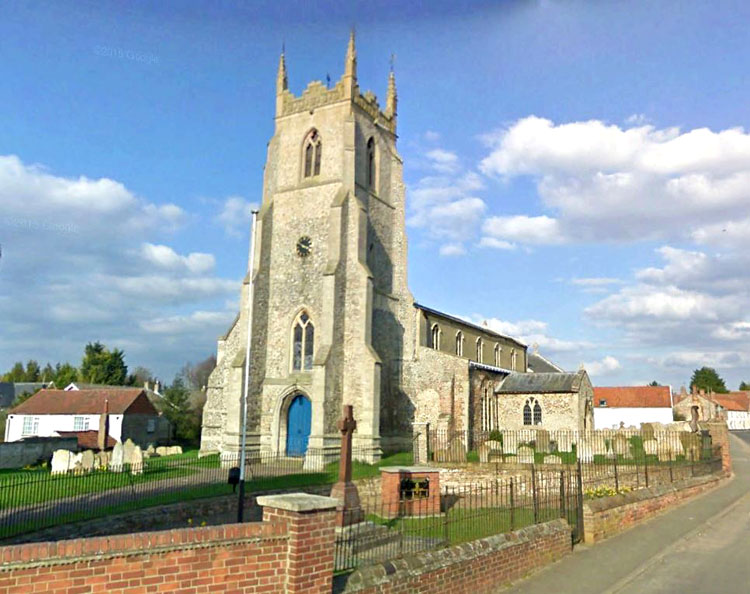