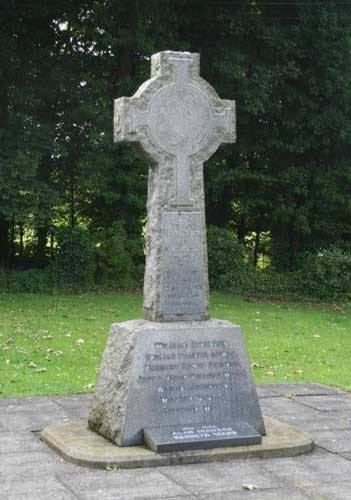 The Memorial Cross in the Churchyard of All Saints, East Cowton.
(Photo : Peter & June Underwood (<june@underw.f9.co.uk>)

The Memorial Cross in the Churchyard of All Saints, East Cowton (South of Darlington, in North Yorkshire) is inscribed;-

TO THE GLORY OF GOD AND IN HONOURED MEMORY OF THE MEN OF THIS PARISH WHO FELL IN THE GREAT WAR 1914-1918.

2nd Lieutenant Leslie Keith Gifford Wood. 6th Battalion Yorkshire Regiment. Killed 22 August 1915.
Commemorated Panel 55 to 58, HELLES MEMORIAL.
The following comments are provided by Robert Couson in his Biographies of Officers of the Yorkshire Regiment;-
" Leslie Gifford-Wood was a vicar’s son from North Yorkshire and was one of the original territorial officers of the 6th battalion on the Army List for October 1914 when the battalion was raised at Richmond in Yorkshire.
He sailed with the battalion for the Gallipoli campaign from Liverpool on July 3rd 1915 aboard the troopship ”Aquitania”.
The battalion landed on the island of Lemnos on July 10th and then moved to the island of Imbros on July 20th for training and acclimatisation.
In the early hours of August 7th Lt Gifford-Wood and the battalion boarded the lighters and were towed ashore to land at Suvla Bay on the Gallipoli Penninsula.
Their first objective was the hill of Lala Baba which was secured by midnight on the first day. The following days saw the forces gradually pushing east and on August 19th plans were formulated for an attack on the enemy positions at Scimitar Hill.
The battalion frontage had fields thick with hedges and bushes and the advance began at 3-30 p.m. with Lt Gifford-Wood in the leading party. He was killed early in the attack in a hail of shrapnel and machine gun fire on August 22nd 1915.
2nd Lt Leslie Keith Gifford-Wood has no known grave and his name is remembered on the Helles Memorial." 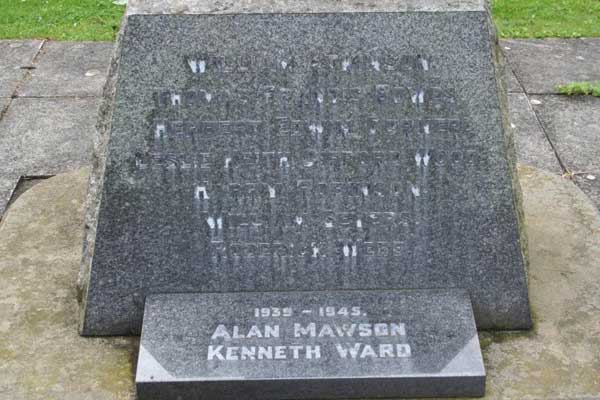 The names of the First World War dead on the Memorial Cross in the Churchyard of All Saints, East Cowton,
showing the weathering that has taken place making legibility difficult.
(Photo : Peter & June Underwood (<june@underw.f9.co.uk>) 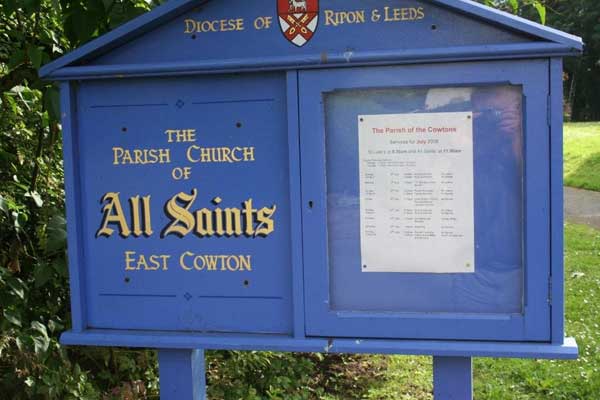 The notice board for the church at East Cowton.
(Photo : Peter & June Underwood (<june@underw.f9.co.uk>)