Witton Gilbert (St. Michael) Churchyard contains 7 burials from the First World War. The graves are in a plot to the East of the pathway that leads to the church. They are in a somewhat overgrown area that lies beneath trees, with their faces looking turned away from the path. This gives a rather sad and neglected appearance.
This is is contrast to the older part of the churchyard, which contains some 300-year old headstones and appears to be well looked after.
Photograph of the church and churchyard, - all by Edward Nicholl, are shown below.

One soldier of the Yorkshire Regiment is buried in this churchyard. 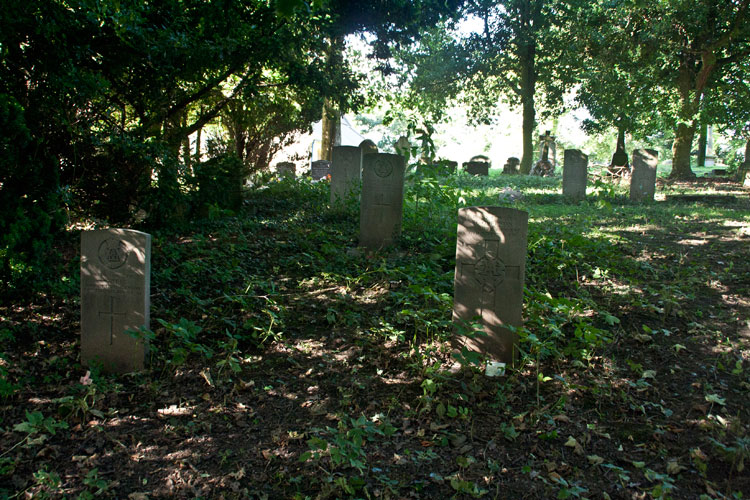 The section of the churchyard in which The Commonwealth War Graves are located (Private Overton's on the right)
(Photo : Edward Nicholl) 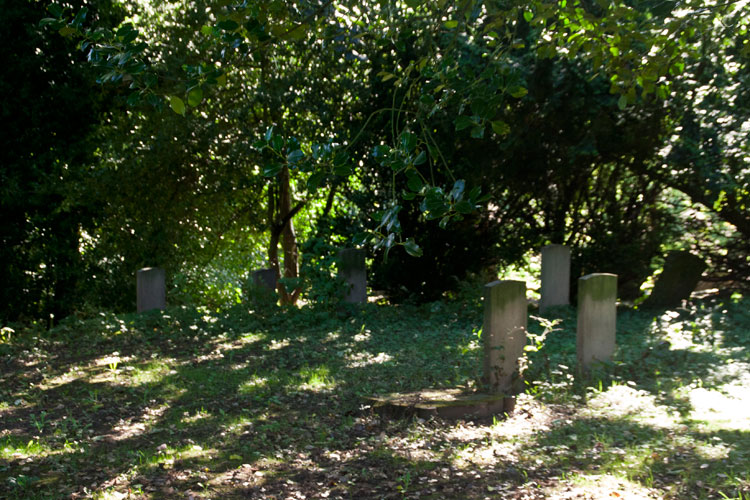 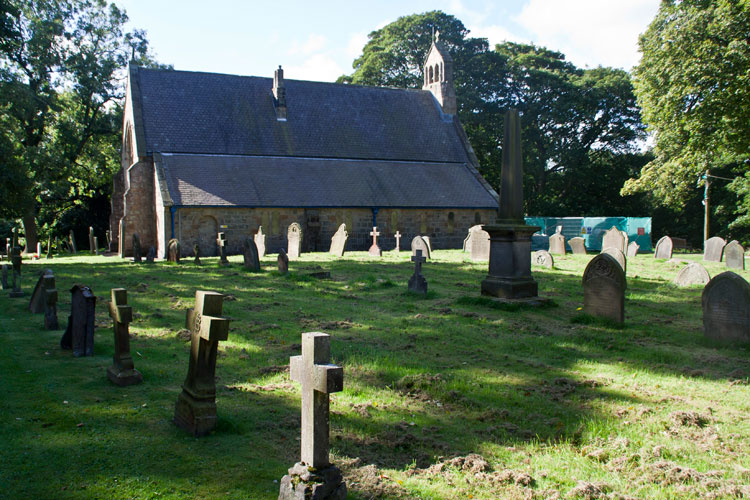 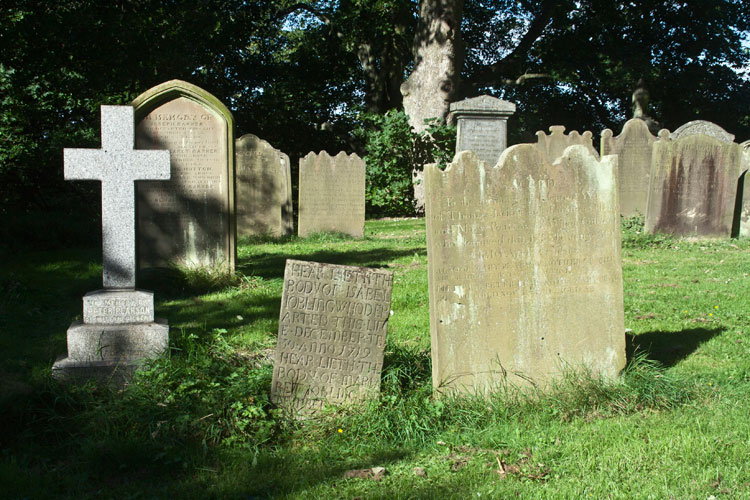