Wigston Cemetery (Leicestershire) includes 33 burials from both World Wars who have Commonwealth War Graves Commission headstones , - 11 from the First World War and 22 from the Second World War.
However, there is one burial of a soldier who served with the Yorkshire Regiment where the soldier has no headstone (neither a family headstone nor a CWGC headstone).
This soldier was discharged due to ill health and died a year and a half after discharge. His ill health was attributed as having been aggravated by War Service, with the soldier himself stating that his ill health was a result of earlier Army service.

We are extremely grateful to Richard Roberts (<richard.nsw@googlemail.com>) who has carried out research into this soldier's military career, and has forwarded a photograph of the plot in Wigston Cemetery where both the soldier and his wife are buried. 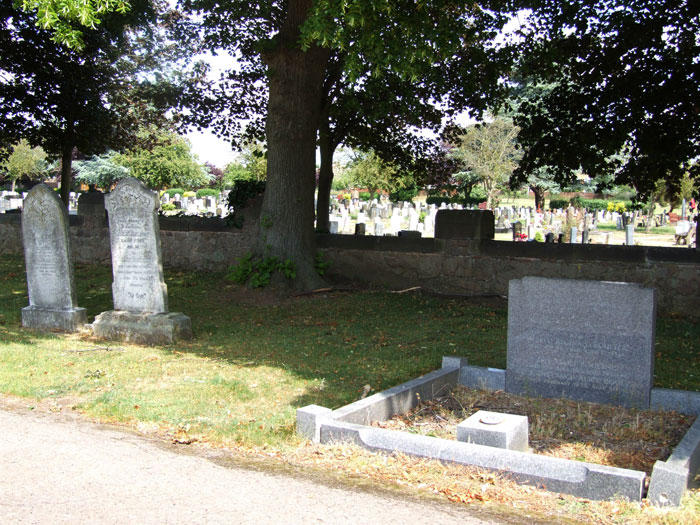 Wigston (Leics) Cemetery, - the plot in which L/Cpl Rudkin and his Wife, Laura, are buried
(the two burials are in the plot located between the two headstones on the left, and the headstone on the right).
Photo : Richard Roberts (<richard.nsw@googlemail.com>)

The Family Grave on which Lieutenant Cecil James Freeston is commemorated. 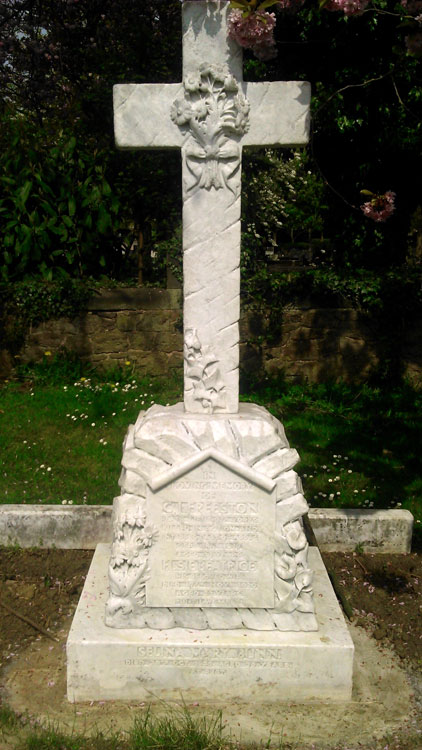 2nd Lieutenant Cecil James Freeston. 7th Battalion Yorkshire Regiment. Son of E. J. Freeston, of 82, Conduit St., Leicester; husband of the late E. B. Freeston (nee Bunn), of Cook's Lane, Wigston, Leicester. Killed 18 September 1917. Aged 28.
Buried SUNKEN ROAD CEMETERY, FAMPOUX.
The following biographical details are taken from Robert Coulson's Biographies of Officers of the Yorkshire Regiment;-
"Cecil Freeston was born in Leicester in 1890.
At the onset of war, Cecil Freeston enlisted as a private soldier with the Leicestershire regiment rising to the rank of Corporal before undertaking officer training and being gazetted to the 7th Yorkshires.
In September 1917 the battalion were holding the line north of the river Scarpe close to Gavrelle.
In this sector 2nd Lt Cecil James Freeston was killed in action on September 18th 1917 at the age of 28." 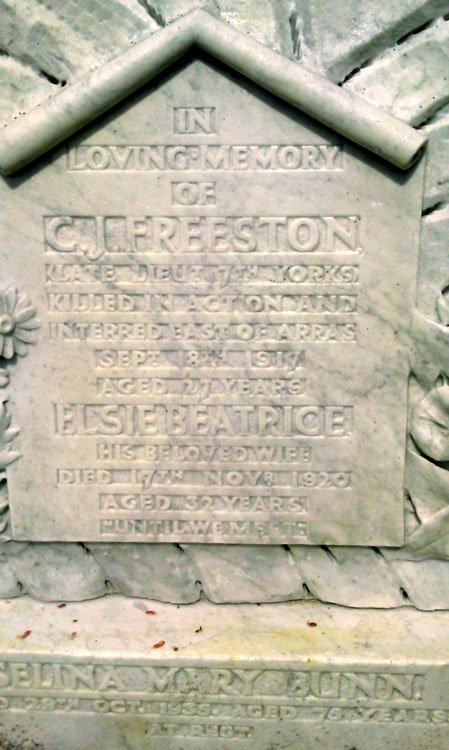 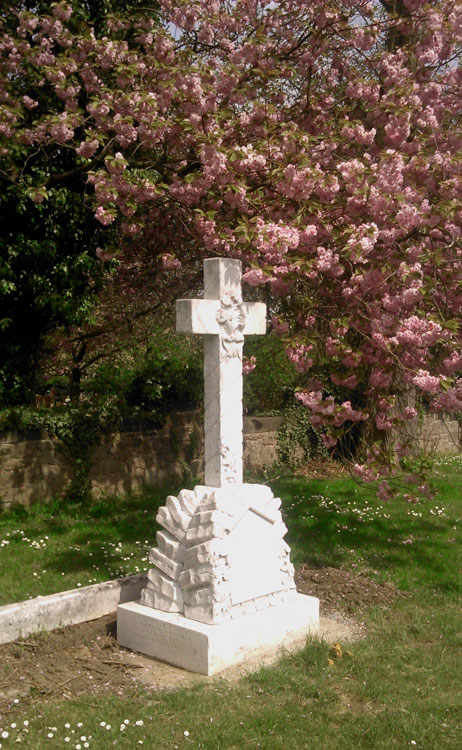 The Family Grave on which Lieutenant Cecil James Freeston is commemorated.