The section of the cemetery which includes the First World War burials appears to have been cleared, - with many older headstones standing against a boundary wall. This means that the Commonwealth War Graves appear to be somewhat isolated on their own. 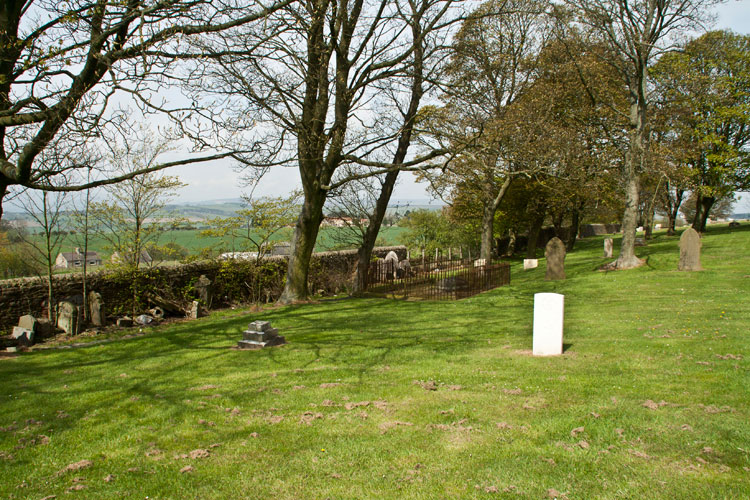 The section of Tow Law Cemetery in which Private Richardson's grave is located. His headstone can be seen in the background to the left of the tree. Note the headstones from graves which have been removed and are now standing against the wall.
Photo : Edward Nicholl 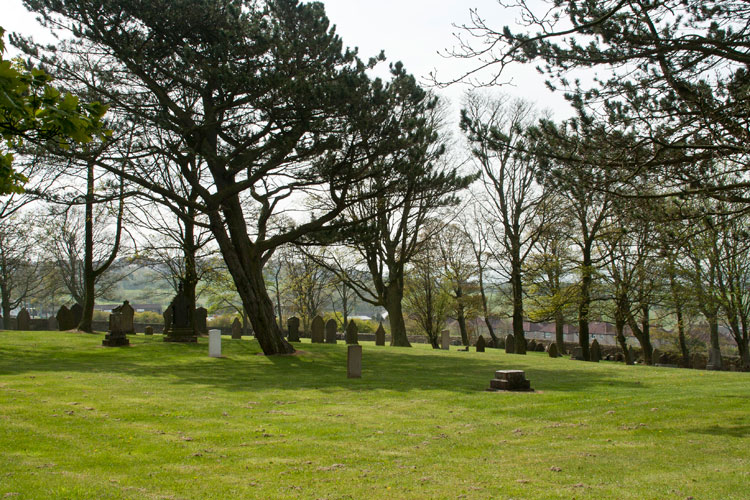 Another general view of the section of Tow Law Cemetery which includes the First World War graves. Private Richardson's headstone is out of view on the right.
Photo : Edward Nicholl