Thornton Dale (All Saints) Churchyard has one burial from the First World War, - an officer of the Yorkshire Regiment.

There is also a family grave where a mounted policeman from the First World War is commemorated. This grave is shown below as it is somewhat unusual in that the man died in France but appears to be the main commemoration on the headstone. The headstone is very close to a Yew tree, so that reading the commemoration is difficult.

The Yorkshire Regiment officer's grave is somewhat hidden and overgrown, and being at the extreme end of the cemetery is initally difficult to find.

All photos by Edward Nicholl. 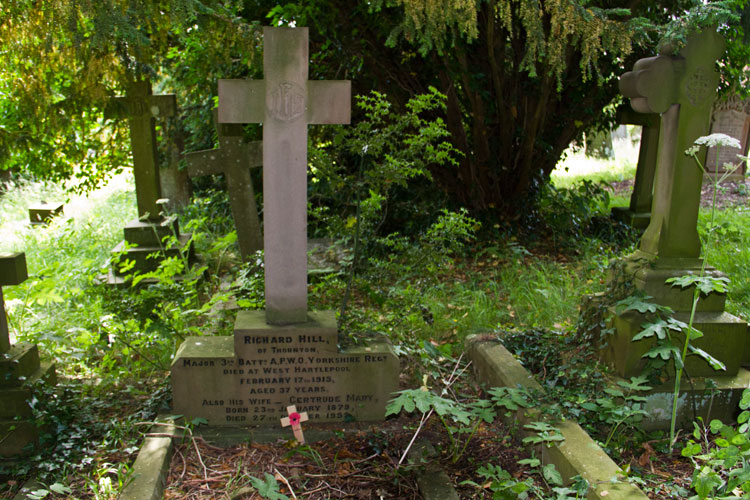 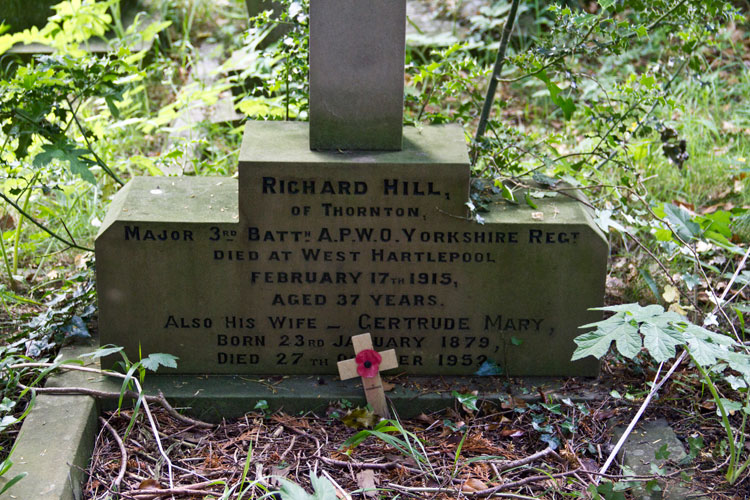 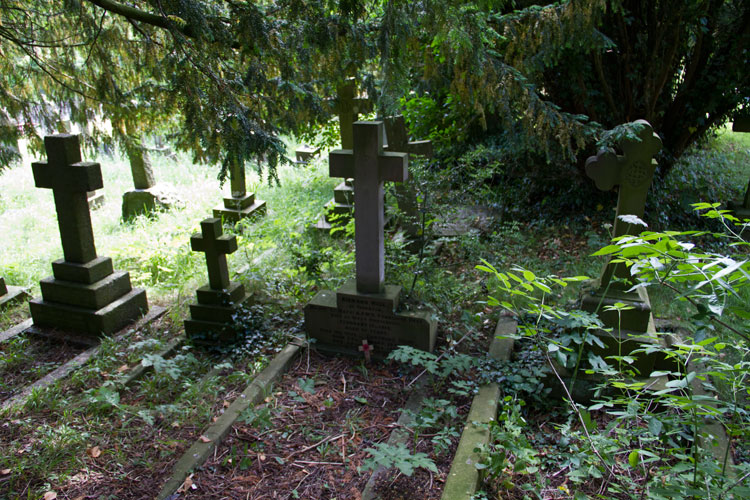 The headstone commemorating Corporal Benjamin Clubley (of the Mounted Police) is shown below;- 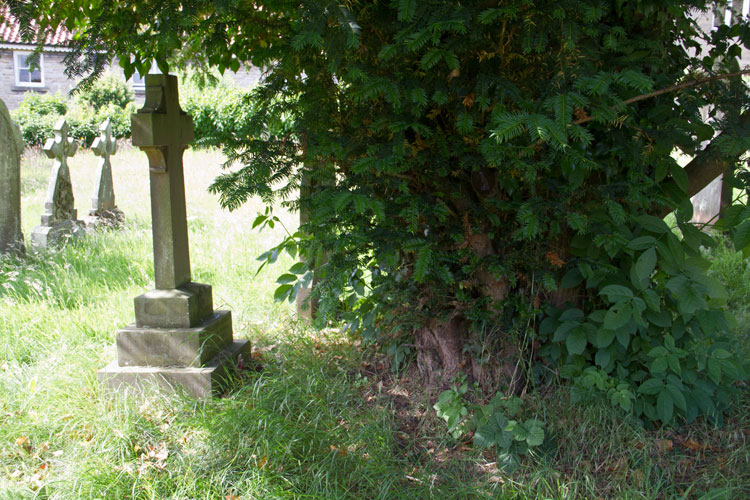 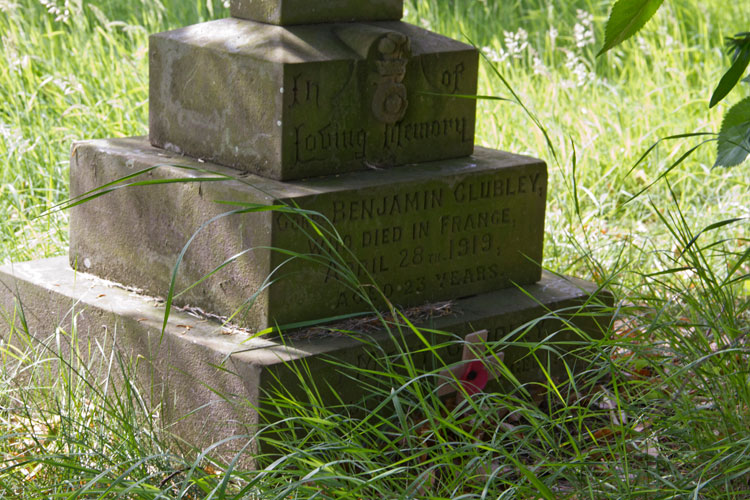 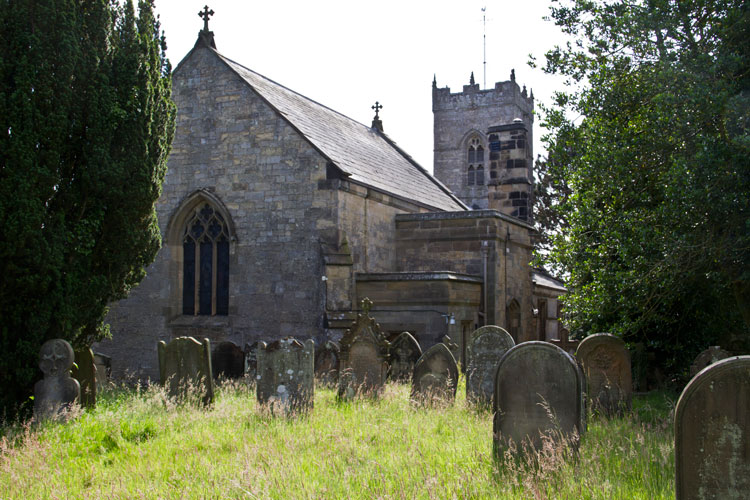 All Saints' Church and Churchyard