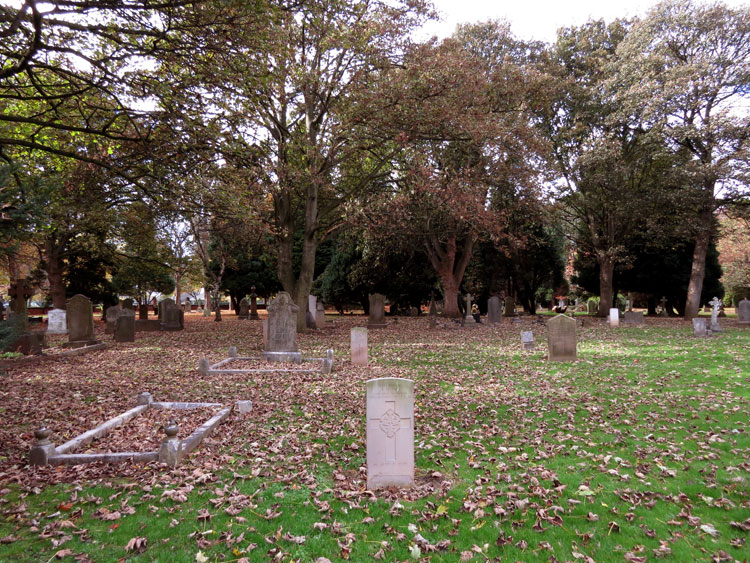 Thornaby Cemetery contains War Graves of both World Wars, with the First World War burials being scattered throughout the cemetery. There are 152 Commonwealth War Graves in the Cemetery, together with 30 graves of German War Dead.

10 men of the Yorkshire Regiment are buried in Thornaby Cemetery. Of interest is that one of the First World War graves is of an under-age soldier, - Private James William Pennock.
There is also one grave of a Green Howard who died in the Second World War, and another grave (a private one, as opposed to a Commonwealth War Grave) is that of a Green Howard who was killed in Northern Ireland in 1973.

Select the thumbnail image of a headstone for a larger version of the photo which opens in a new window. 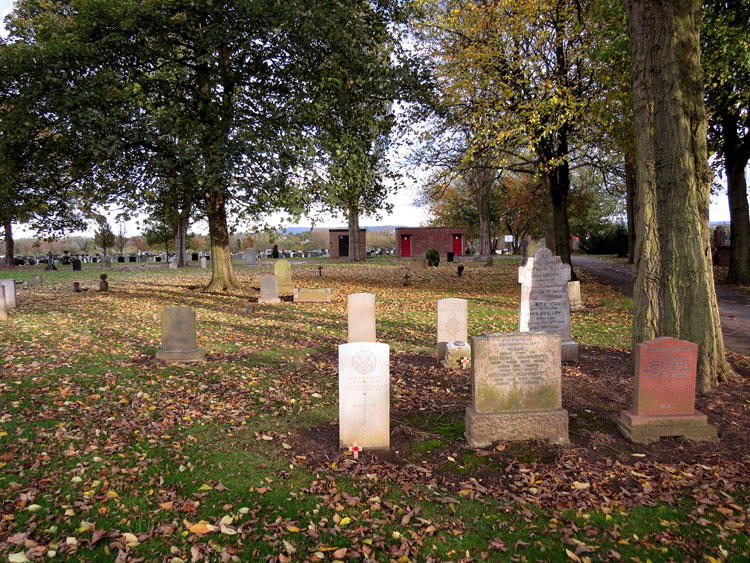