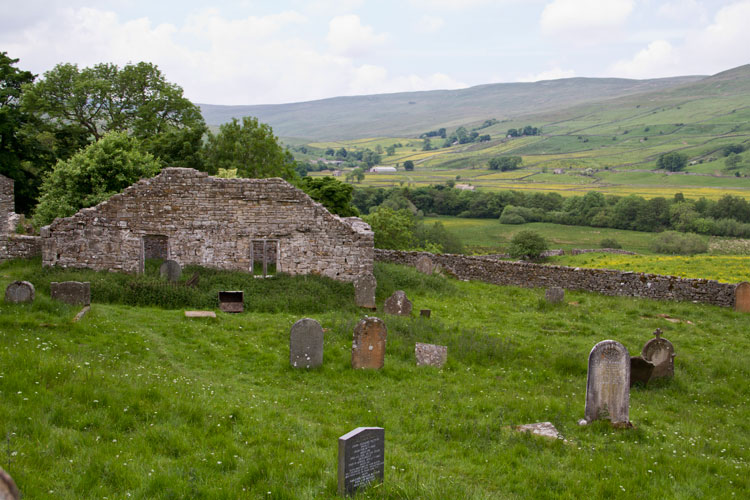 Stalling Busk, the Old Church Graveyard
(The pair of headstones in the centre are for members of the Coates family. On the extreme right is Thomas Hodgson's grave)
(photo : Edward Nicholl)

There is one war grave in the Old Church Graveyard at Stalling Busk. This grave is that of a soldier of the Yorkshire Regiment.

Below is a description of the Old Church, and the graveyard, transcribed from an information plaque that is attached to the ruins of the church. 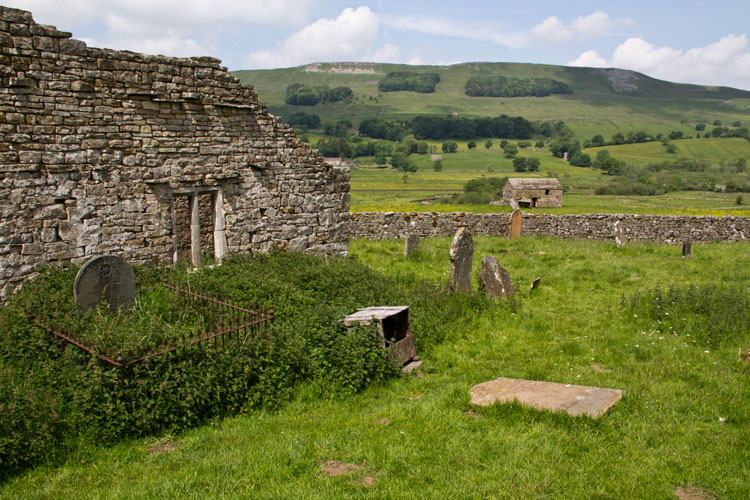 Thomas Hodgson grave in the Stalling Busk Old Church Cemetery (seen in the centre against the wall)
(photo : Edward Nicholl) 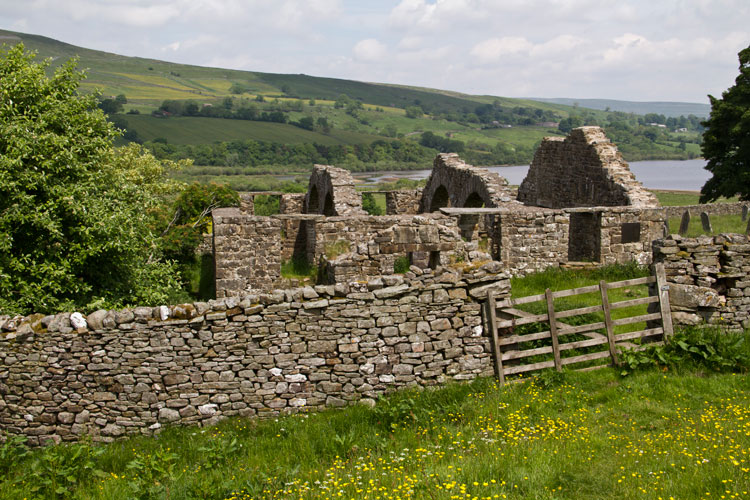 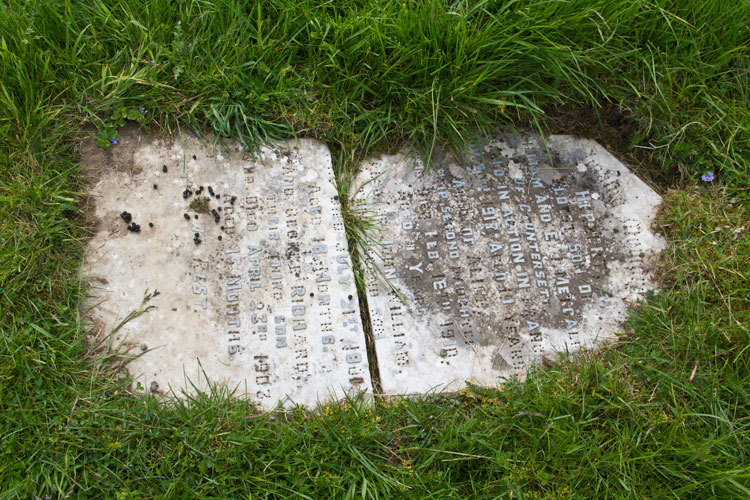 The condition of the headstone makes it very difficult to read, but those commemorated are the Metcalfe children. Herbert Metcalfe served with the 2nd Battalion Royal Irish Rifles. The headstone refers to his mother as being Eve, though the CWGC says "Emma".

The following information regarding the Old Church is on a plaque at the entrance.

This ruin is all that remains of the original parish church of Stalling Busk. It dates from around 1722, although some of the structure incorporates stonework from the early church on this site dating from 1602 or 1603. The interior is divided by two arcades which run North-South rather than follow the usual East-West alignment. These arcades probably date from the early 19th century. The church was still in use in the early 20th century, but it was in a poor state of repair. When the new church of St. Matthew’s was built in the village of Stalling Busk in 1908 to 1909, the old church fell into disuse and was soon stripped of its roof and furnishings. Some consolidation work was carried out in 1981, when the altar was also rebuilt in its present position against the North rather than its original position in the East aisle. Further restoration was then undertaken in the year 2000.
In its early years this building was a chapel of ease. Stalling Busk became a perpetual curacy in the 1750s and a fully independent ecclesiastical parish in the 1860s. The parish covers the whole of Raydaleside and, and about 750 people from this area lie buried in the churchyard.