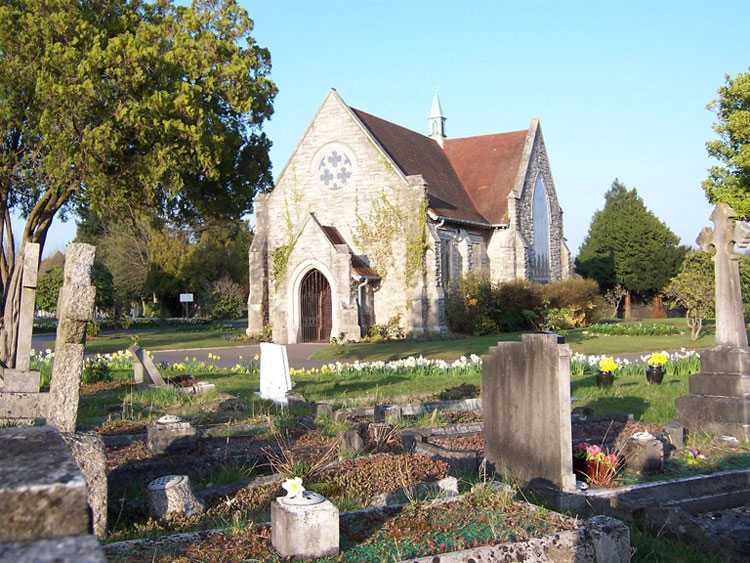 Southampton was No 1 Port during the First World War and military hospitals were established in the University buildings, in the Highfield Institution and at Shirley Warren. During the Second World War, 4.5 million tons of military equipment passed through Southampton docks and parts of the prefabricated harbours used at Arromanches during the Normandy invasion were made there. For a while, Southampton was also base to the 14th Major Port Transportation Corps of the United States Army.

Southampton (Hollybrook) Cemetery contains burials of both wars and a memorial to the missing.

The cemetery has a First World War plot near the main entrance containing most of the 125 graves from this period. Behind this plot is the Hollybrook Memorial which commemorates by name almost 1,900 servicemen and women of the Commonwealth land and air forces whose graves are not known, many of whom were lost in transports or other vessels torpedoed or mined in home waters. It also bears the names of those who were lost or buried at sea, or who died at home but whose bodies could not be recovered for burial.
(See the photo, below, for the location of the First World War Graves Plot and the Hollybrook Memorial.)

Most of the 186 Second World War burials are in a separate war graves plot. 3 of these burials are unidentified seaman of the Merchant Navy.

In addition to the Commonwealth war graves, the cemetery contains 67 war graves of other nationalities, many of them German, of which 2 are unidentified.

Select a thumbnail image of a headstone for a larger sized image which opens in a new window. 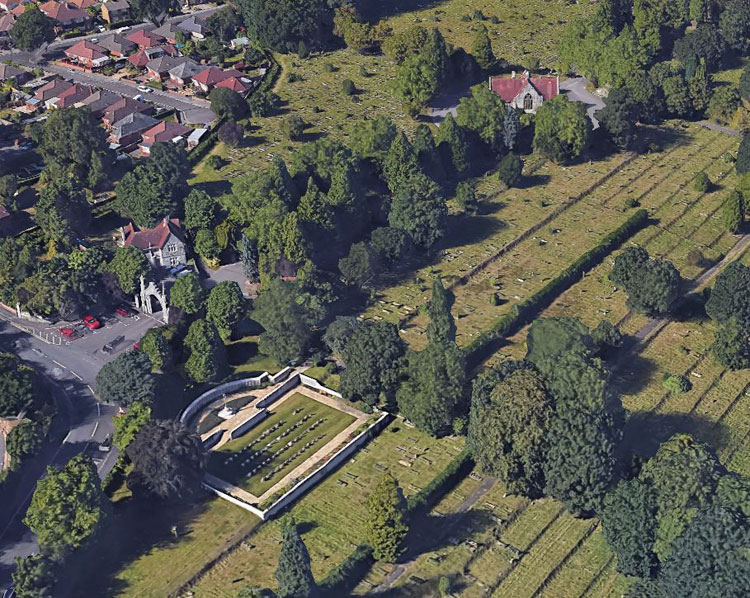