Sledmere (St. Mary) Churchyard contains 2 burials from the First World War, 1 from the Second World War, and 1 from a recent conflict (Northern Ireland).

The Northern Ireland burial is of a soldier of the Green Howards, though his death / burial is not shown in the Commonwealth War Graves Register.

One of the First World War burials is that of the prominent Yorkshire Regiment Officer, Sir Mark Sykes.

The grave of Sir Mark Sykes (foreground, on the right)
Select either of the above images for a larger one which opens in a new window. 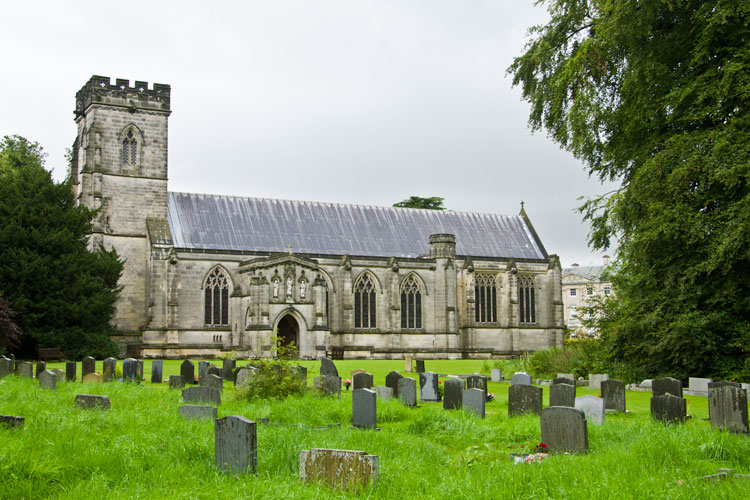