Skipton (Waltonwrays) Cemetery is on the Southern side of the town, off Carleton Road. The cemetery contains 20 Commonwealth burials of the First World War and 23 from the Second. 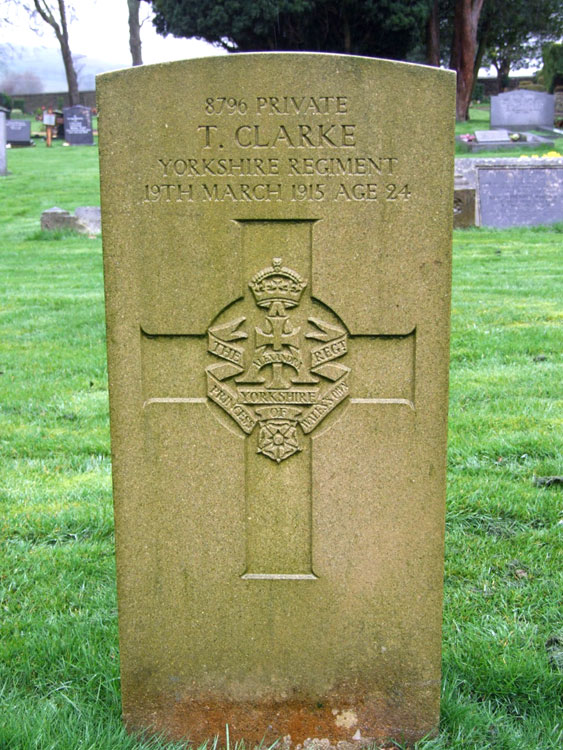 (Private Tom Clarke is shown on the Roll of Honour of those Officers and men who embarked for Belgium in October 1914 and took part in the First Battle of Ypres in October / November 1914. However, he died, - in hospital at Netley, of wounds received at the Battle of Neuve Chapelle.)

(A photo and further details on Tom Clarke can be found on http://www.cpgw.org.uk/viewDetail.cfm?sID=084-02) 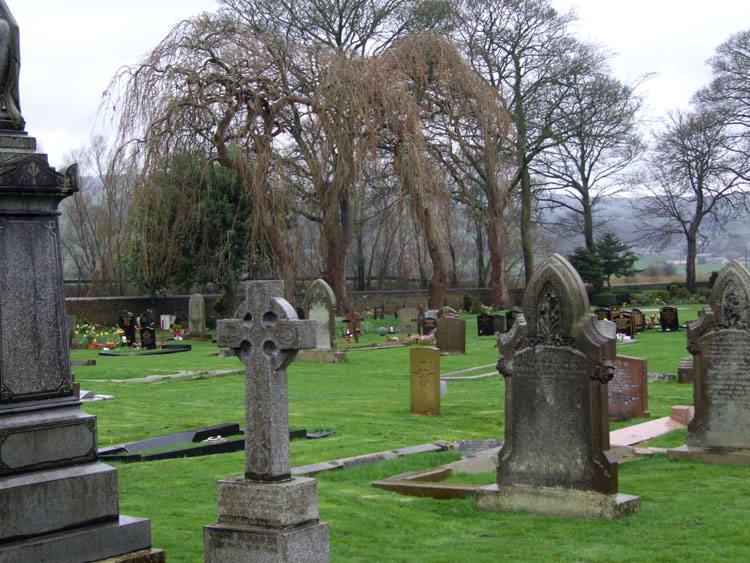 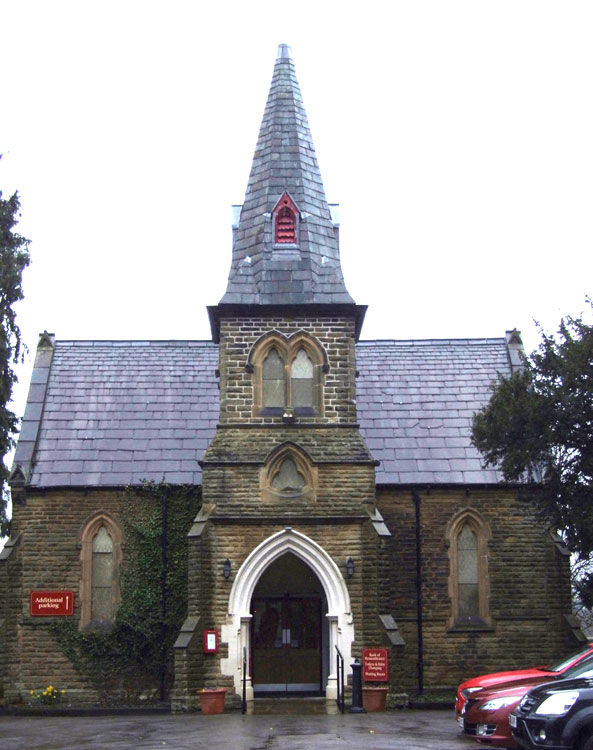 One of the Chapels of Remembrance in Skipton (Waltonwrays) Cemetery
Photo : Richard Roberts (<richard.nsw@googlemail.com>)

Richard provides the following information on the chapel in the above photo;-
"I have included a photo of one of two matching former mortuary chapels. This one was the C of E chapel and has been converted into a waiting area for mourners attending funerals in the adjacent chapel (Nonconformist) which has been put to use as a crematorium. Interesting that this has happened as generally speaking, these old cemetery chapels have been demolished, left to fall into disrepair or used by the grounds staff to store their equipment!"