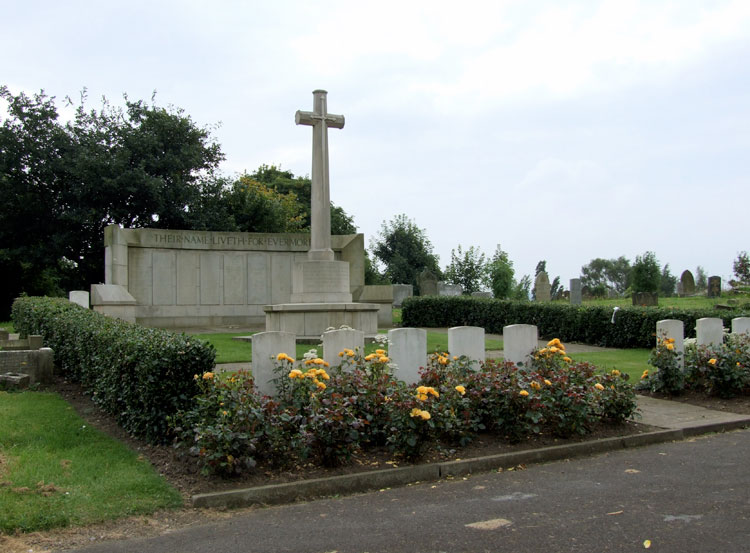 The Screen Wall and the Cross of Sacrifice in Sheffield (Burngreave) Cemetery
Photo : Richard Roberts (<richard.nsw@googlemail.com>)

During the First World War there were two substantial war hospitals in Sheffield, the Wharncliffe, in the Wadsley Asylum, and the 3rd Northern General, housed in 15 separate buildings. The city, a centre for war industry during the Second World War, suffered heavy enemy air-raids during the Blitz with 600 people killed in a single raid in December 1940.

Sheffield (Burngreave) Cemetery contains scattered war graves of both wars. Behind the Cross of Sacrifice in plot JJ is a Screen Wall commemorating those First World War casualties whose graves could not be marked by headstones, most of them buried in the plot of ground immediately in front of it. In front of the Screen Wall are a number of Special Memorial headstones for Second World War casualties buried elsewhere in the cemetery whose graves could not be marked.

In all, the cemetery contains 235 Commonwealth burials of the First World War and 57 from the Second.

Five of the burials are those of soldiers who served with the Yorkshire Regiment; four of these burials are commemorated on the screen wall.

There are also several family headstones on which soldiers of the Yorkshire Regiment are commemorated.

We are very grateful to Richard Roberts (<richard.nsw@googlemail.com>) and Wayne Bywater (<waynetyke123@aol.com>) for providing the photographs relating to this cemetery and the Yorkshire Regiment soldiers.

Select one of the thumbnail images (below) for a larger sized image which opens in a new window. 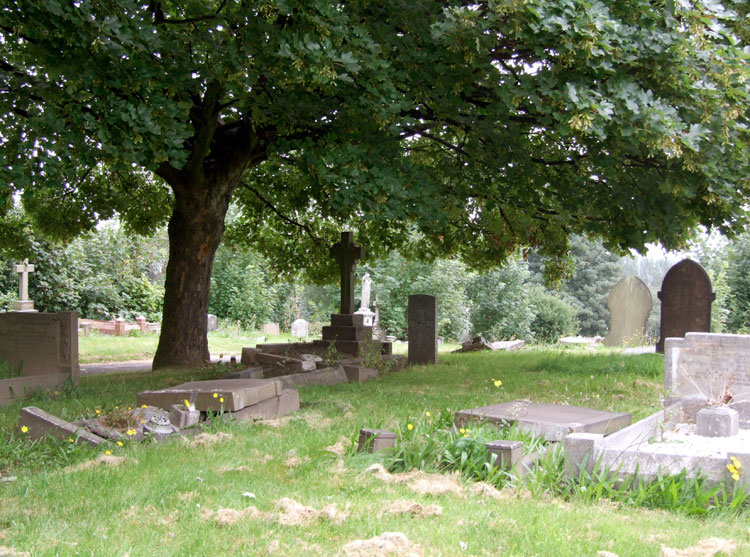 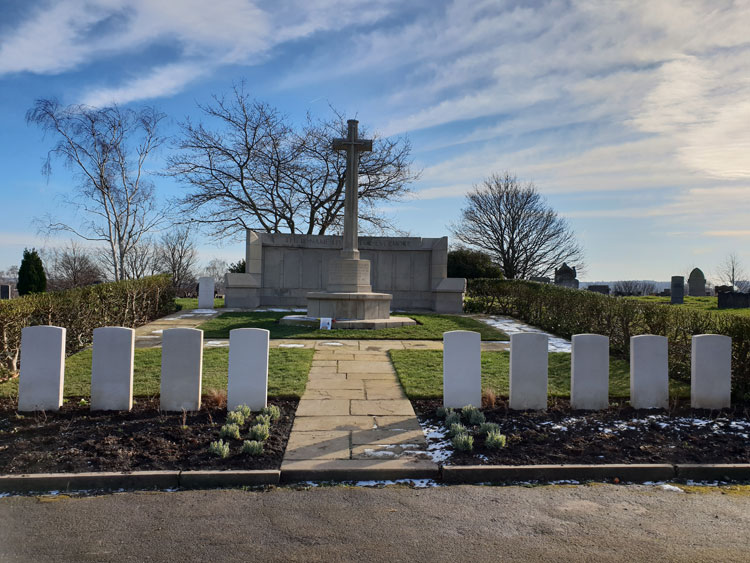 The Screen Wall and the Cross of Sacrifice in Sheffield (Burngreave) Cemetery
Photo : Wayne Bywater (<waynetyke123@aol.com>)

All photos by Wayne Bywater (<waynetyke123@aol.com>)

Richard Roberts (<richard.nsw@googlemail.com>) makes the following comment regarding Henry Sommerfield;-
"Henry Somerfield married Ruth Wasden in June Qtr 1914. She was born in 1890 eldest daughter of Thomas and Florence Wasden. She didn’t remarry and died in 1977, 60 years after losing Henry. Hence Henry’s name on the Wasden grave marker.
On a more cheerful note, they had a son together born in the Dec Qtr 1914 also named Henry."