Seamer (St. Martin's) Churchyard. There are 6 Commonwealth War Graves in the Churchyard, 2 relating to the First World War and 4 for the Second World War. One of these graves is for a soldier of the Yorkshire Regiment.

There is also a memorial headstone on which a soldier who served in the Yorkshire Regiment is commemorated.

The North-West corner of the churchyard in which the Yorkshire Regiment soldier has been buried is massively overgrown and many of the graves are in a poor state of repair. However, the area where Private Carr has been buried has been cleared, and a few turves of grass have been laid in front of the headstone. Somebody cares. 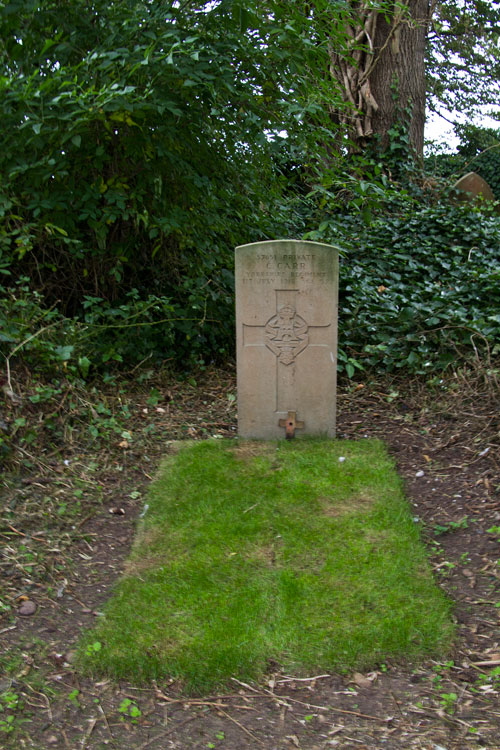 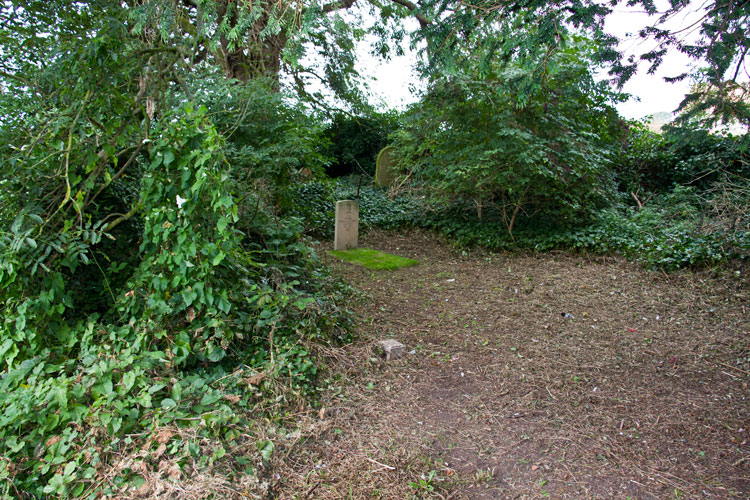 The Section of Seamer (St. Martin's) Churchyard Which has been Cleared by Private Carr's Grave
Photo : Edward Nicholl 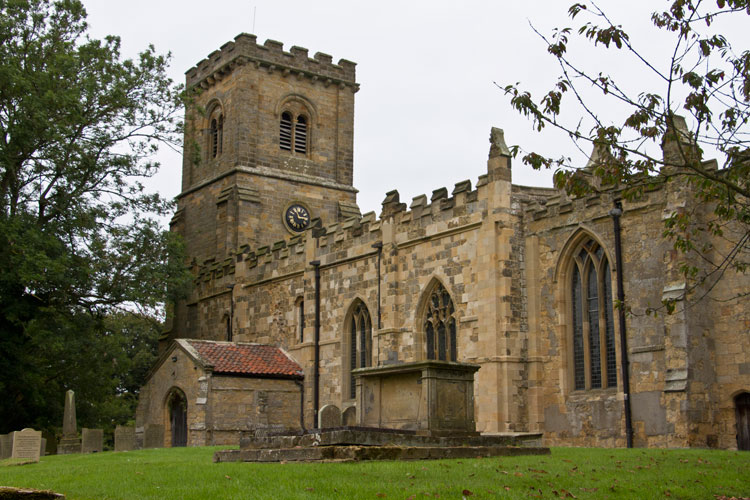