Scarborough was heavily bombarded in 1914 and was severely attacked by enemy aircraft in 1941, having been one of the Home Port fixed artillery defence posts during the 1939-1945 War. What was formerly known as "Scarborough" Cemetery consisting of two distinct portions divided by a road, has since been recognised as two separate cemeteries, the older part in Dean Road, which contains the Cross of Sacrifice erected after the 1914-1918 War, now being called Dean Road Cemetery. The newer portion to the left of it, bounded by Broadway on the north and Manor Road on the south, is known as Manor Road Cemetery.

One Officer, as well as a Private soldier, of the Yorkshire Regiment are commemorated on family headstones.

For a larger sized image of a headstone which opens in a new window, select the thumbnail sized image. 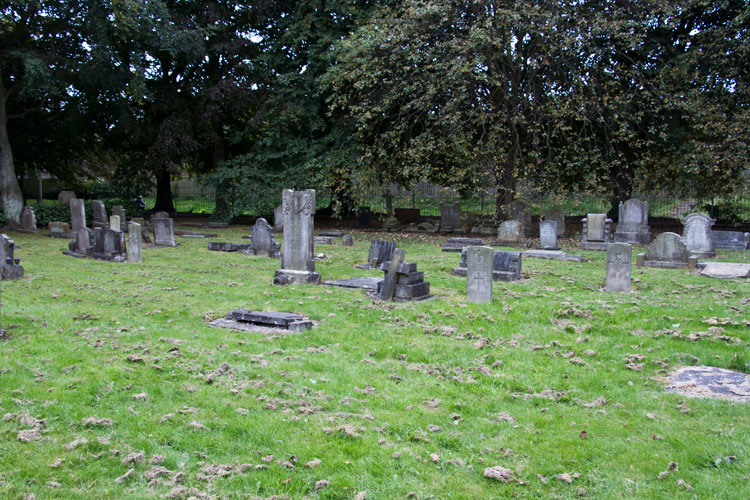 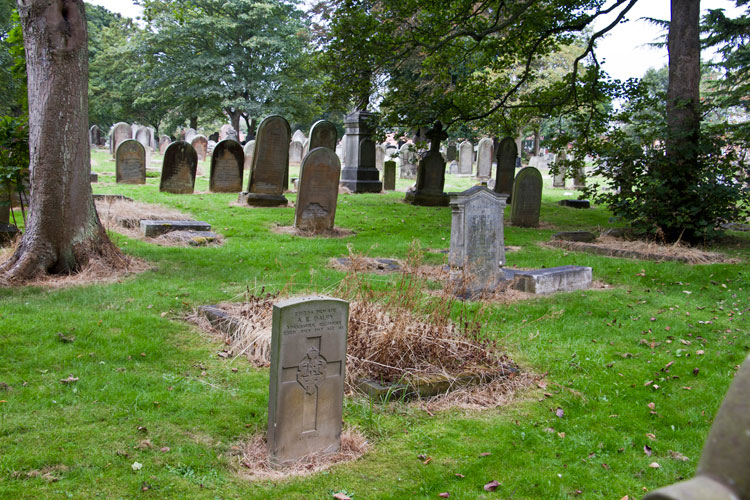 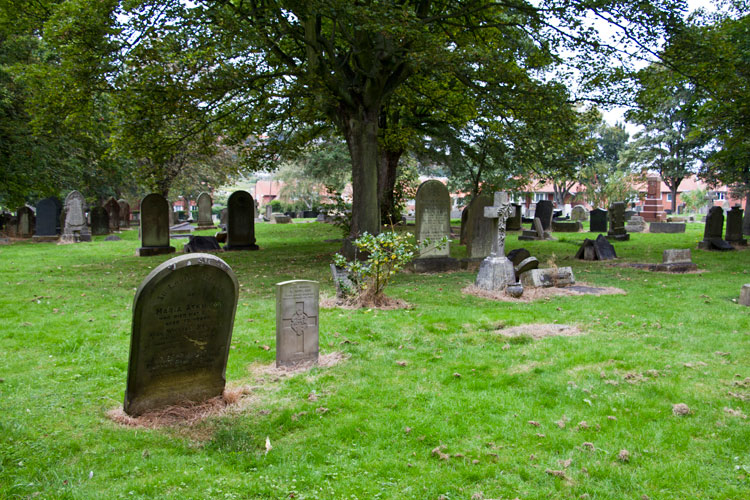 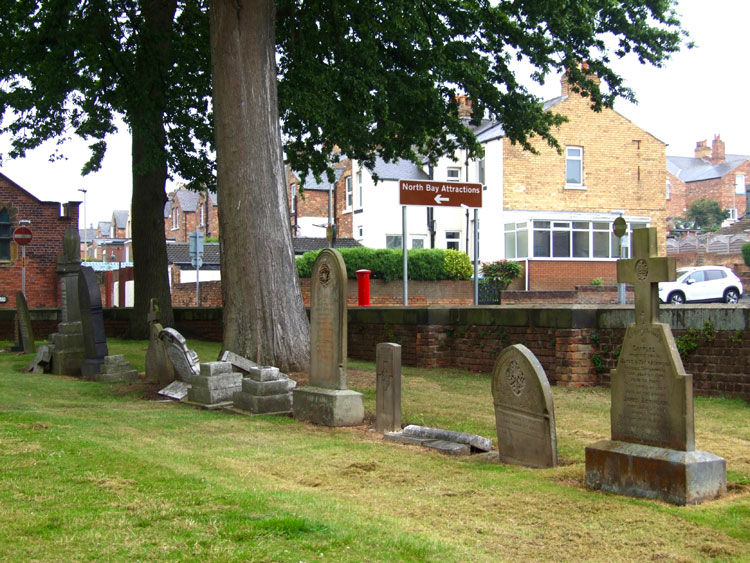 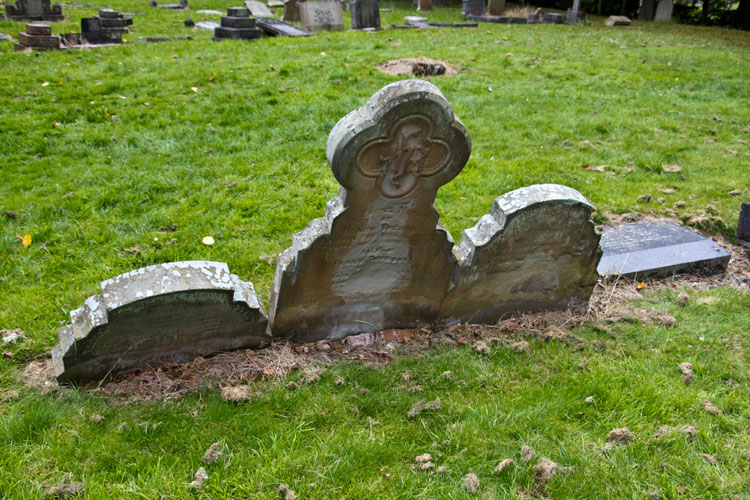 The Turnbull Family Headstones in Scarborough (Manor Road) Cemetery.
(Lieut. Turnbull is commemorated on the right; the central headstone is for Henry and Fanny Turnbull (his parents); On the left is the headstone for Fanny Clarke Turnbull, the daughter of Henry and Fanny, as well as Mabel Elizabeth Turnbull)
Photo : Edward Nicholl