Rugeley Cemetery, Staffordshire contains 53 Commonwealth War Graves from both World Wars. The cemetery adjoins St. Augustine's Churchyard. The majority of the War Graves are in a group and a War Cross is erected at the entrance. Rugeley Camp Military Hospital contained 750 beds.

There are three graves for soldiers who served with the Yorkshire Regiment in this cemetery. 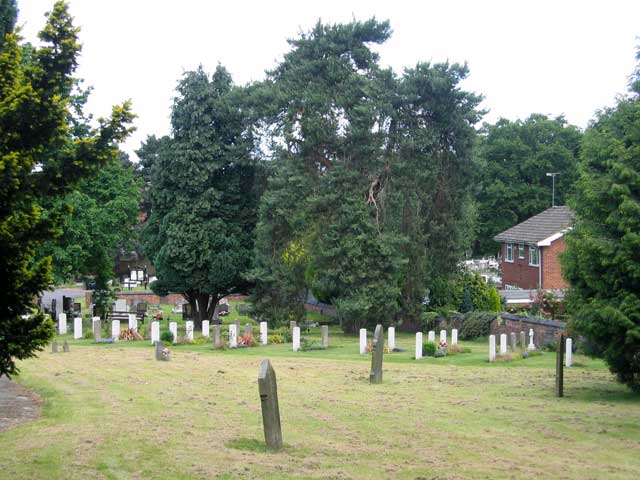 (Information from Richard Roberts;- Counting the single grave on the right as the first row, the marker nearest the camera in the third row is John Warne's grave.) 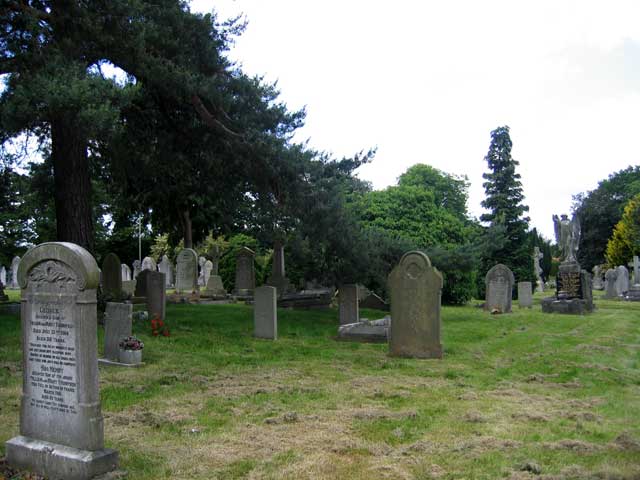 (Information from Richard Roberts;- Joseph Thompson's grave marker is the darker of the two CWGC headstones in the centre
of this general view of Rugeley Cemetery.)