Rotherham (Moorgate) Cemetery is on the South-East side of the town. The cemetery contains 52 Commonwealth burials of the First World War and 32 from the Second, all scattered throughout the cemetery. The Cross of Sacrifice is situated at the main entrance. 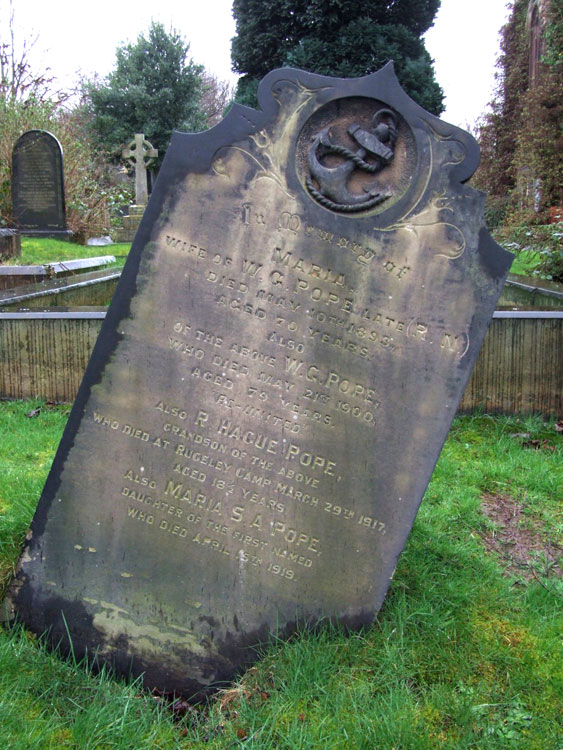 There had been an outbreak of Cerebro Spinal fever at Rugeley Camp at the time that Private Pope died. At least one other soldier of the Yorkshire Regiment, - Private Frederick Brassington, died in this outbreak. Private Brassington was also aged 18 and was in the same battalion as Private Pope. He is buried in RUGELEY CEMETERY.
(From the end of February 1917 to the end of March 1917 nine soldiers were buried in Rugeley Cemetery, - seven of these were in the Training Reserve.) 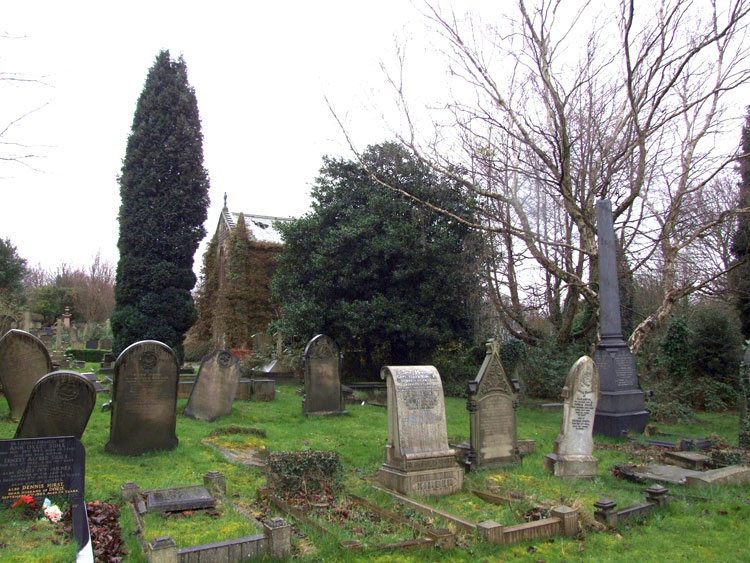 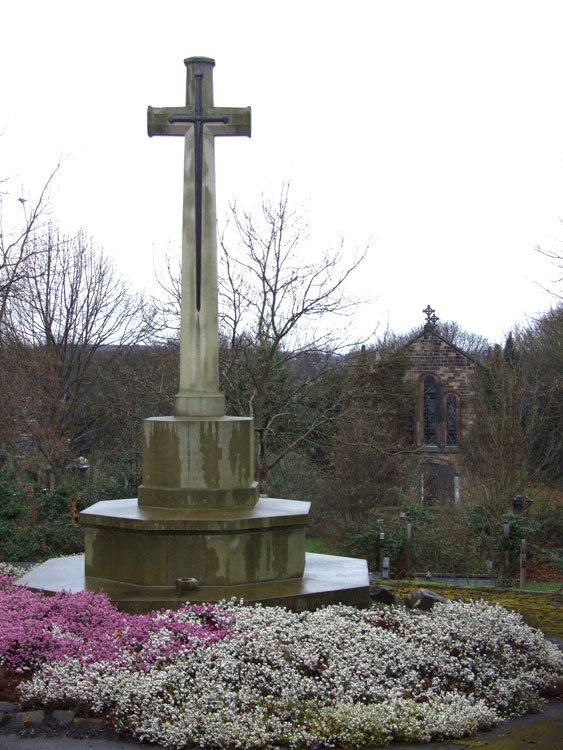 The Cross of Sacrifice at the Entrance to Rotherham (Moorgate) Cemetery
Photo : Richard Roberts (<richard.nsw@googlemail.com>)