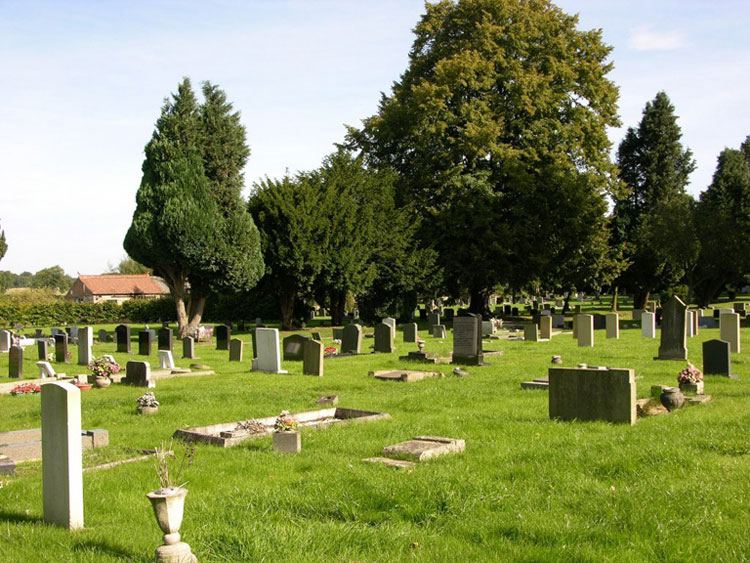 In 1940 the School of Military Engineering was transferred to Ripon, where it remained for the duration of the war, the Yorkshire dales becoming an important military training centre. However, the majority of the Second World War burials in the cemetery are those of airmen from airfields in the locality, the R.A.F. Station at Dishforth being only a few miles distant. The headquarters of No. 6 (R.C.A.F.) Bomber Group was at Allerton Park near Knaresborough and many of the Canadian airmen buried here came from the Royal Canadian Air Force Station at Leeming, a base from which Canadian heavy bomber squadrons carried out their night attacks over enemy occupied Europe. The Canadian training base headquarters of No. 6 Group was at Topcliffe. After 1943 most of the airmen who died in this district were buried in the regional cemetery at Harrogate.

Three soldiers who served with the Yorkshire Regiment are buried in this cemetery. Photographs of their headstones, and of the Cross of Sacrifice in the cemetery, have been kindly provided by Paul Marshall of the Yorkshire Indexers.

For a larger view of a headstone which opens in a new window, select a thumbnail image below. 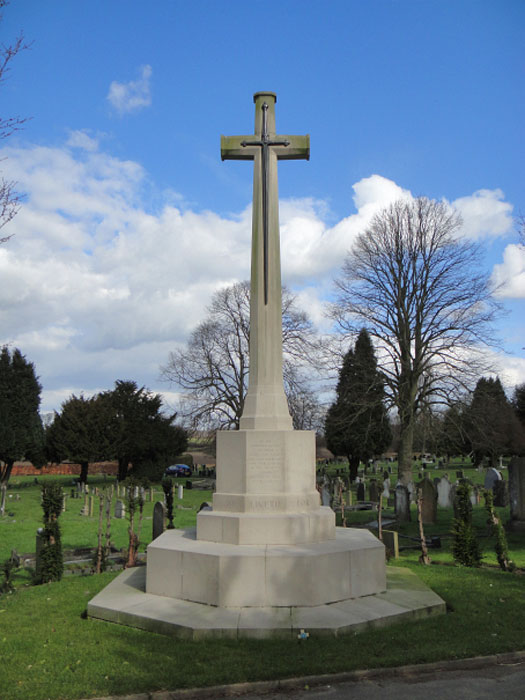