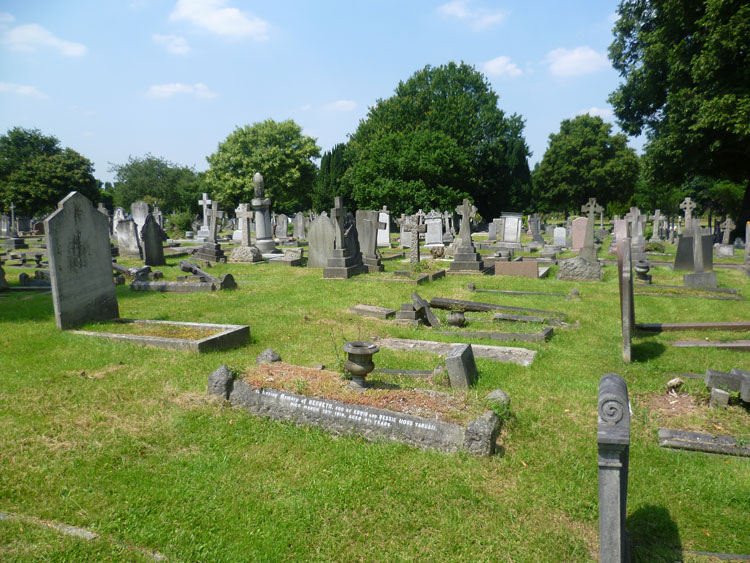 The cemetery is on the south-east side of Kingston Road adjoining Putney Heath. The burials are scattered throughout the cemetery and a Screen Wall Memorial is erected to record the names of those whose graves are not marked by headstones. Those who were cremated at Wandsworth (Putney Vale) Crematorium are also recorded on these panels.

Marathon also provides the information that;-
"Bordered on two sides by Wimbledon Common and Putney Heath, Putney Vale Cemetery was opened in 1891 and the crematorium in 1938. Putney Vale's only rival in the London area for the number of famous people buried or cremated here is Golders Green Crematorium.
Among those whose funerals were held here were Arthur Askey, Stanley Baker, James Beck of Dad's Army, Howard Carter who discovered Tutankhamun, James Hunt who won the Formula One Drivers' Championship, Hattie Jacques, J Bruce Ismay who was a passenger on the Titanic and Chairman of the White Star Line, Daniel Massey, Bobby Moore, Kenneth More, Jon Pertwee, Roy Plomley of Desert Island Discs, Nyree Dawn Porter, Joan Sims and Vesta Tilley. Of rather humbler origin, the grave in the middle with the urn on it is of my uncle who died in the Influenza Epidemic in March 1919 aged four and a half."

Two officers who served with the Yorkshire Regiment are buried in this cemetery;-
Major Hubert Arthur Stansfeld
and
Lieutenant Edouard Majolier.

The Stansfeld Grave, Putney Vale Cemetery (1)
Photo by fulhamrocks of the Find a Grave website.

The Stansfeld Grave, Putney Vale Cemetery (2)
Photo by fulhamrocks of the Find a Grave website. 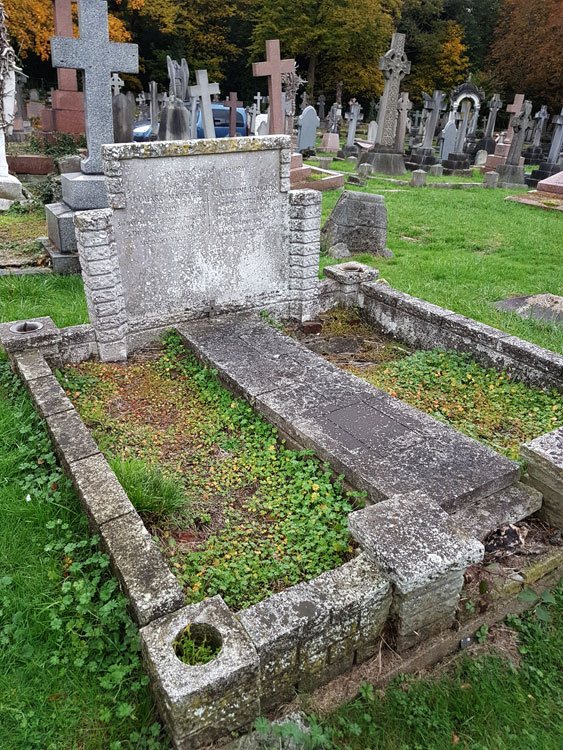 The following biographical details of Edouard Majolier are taken from the website for Christ Church College Oxford;-
"Date of birth: 12 May 1888.
Date of death: 26 November 1918.
Died of an illness contracted while on active service aged 30.

Edouard was the elder son of Edouard Majolier, of Huguenot descent, and his wife, Suzanne. Edouard Senior was a Corn Broker and Factor. The family lived at 20 Bramham Gardens, Earls Court and had two sons and four daughters.

Edouard was educated at Eton and came up to Christ Church in 1907. The following year, in which his father died, he rowed in the College Eight in the Grand Challenge Cup. In 1910, he was in the University Eight which won the Boat Race. His weight was 13 stone and half a pound.

In 1911, he was living at 20 Bramham Gardens and described as a Cornbroker’s Clerk. At the outbreak of war, he was commissioned Lieutenant in the 5th Yorkshire Regiment.

In the spring of 1916, he married Geraldine Briggs at Atcham. They had two daughters, Chloe born in 1917 and Peggy born in the summer of 1918.

Edouard died at his residence, 131 Victoria Street, London of an illness contracted whilst on active service.

"Edouard's discharge papers at Kew in WO 374/45669 show that he was discharged in August 1916 with glycosuria.
Glycosuria is an excess of sugar in the urine, and is typically associated with diabetes or kidney disease. According to his papers, this was diagnosed whilst on active service. There is mention of the fact that there was a family history of glycosuria. Thus, the cause of his death was not attributable to his service. For this reason he does not appear on the Commonwealth War Graves Commission register.

Hence, the headstone's reference to "Catherine Longton" and Peter Longton indicates a preference for the use of second forenames. 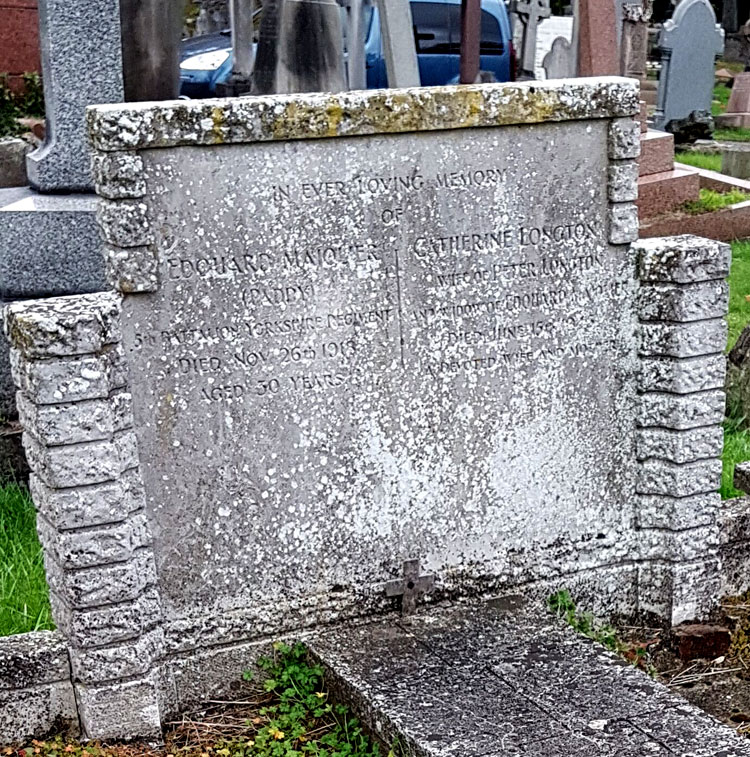