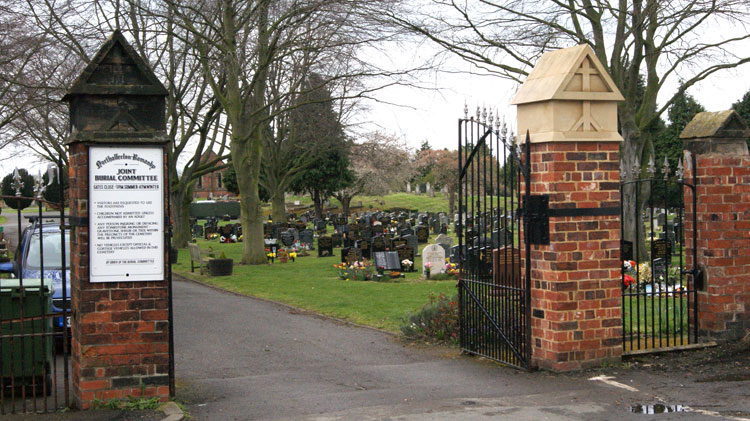 Northallerton Cemetery includes 30 graves relatingto both the First and Second World War, including Foreign and Non-World War graves in the CWGC's care. Included amongst the 30 graves are 6 for men of the Yorkshire Regiment who died at home. There are also 6 family graves which commemorate Yorkshire Regiment soldiers who lost their lives while serving the regiment.

We are extremely grateful to Norman Cummings (<norman_cummings@hotmail.co.uk>) for photographing the cemetery and the headstones of the Yorkshire Regiment soldiers who died at home. Select a thumbnail image of a headstone for a larger sized image to open in a new window.