North Ormesby (St. Joseph's) Roman Catholic is immediately adjacent to North side of Middlesbrough (North Ormesby) Cemetery that is situated at the corner of the Trunk Road, A1085, and Ormesby Road at the opposite corner of what used to be the White House Garage [there is street parking nearby]. There is no wall now between the two cemeteries.

North Ormesby (St. Joseph's) Roman Catholic Cemetery contains 66 graves from the First and Second World Wars, of which 16 are for men who served with the Yorkshire Regiment. One of these graves has two members of the same family (Joyce) in it.

Another of the graves currently has no headstone marking it, as the soldier (apparently) did not qualify for a Commonwealth War Graves headstone even though he died in 1917. 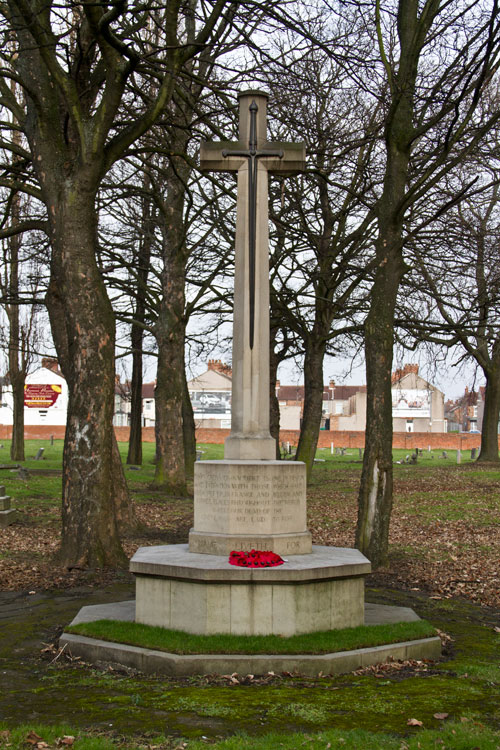 The graves are as below. To view a larger photo (which opens in a new window) of each grave, click on the thumbnail image.

The family names on the Commonwealth War Grave headstones are;-

(*) No headstone, but location of the grave is known and the position indicated. 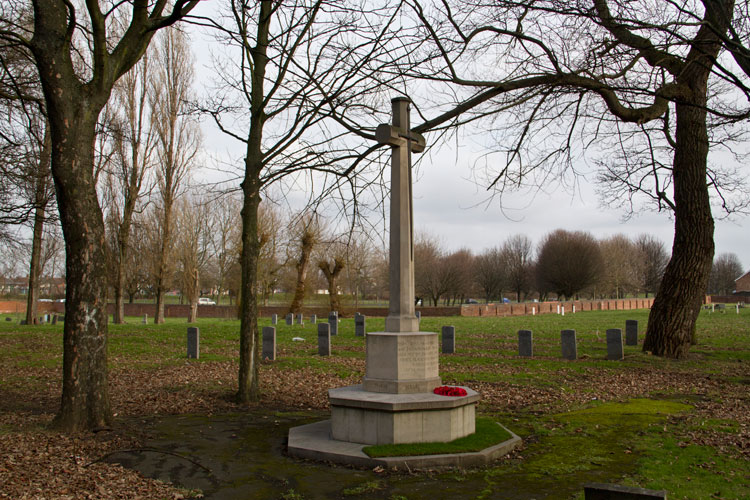 The Cross of Sacrifice in North Ormesby (St. Joseph's) Roman Catholic Cemetery with several of the Commonwealth War Graves behind it. To the left of the cross, in the distance are the headstones which include that of Private Kelly and where Private Leahy is buried.
Photo by Edward Nicholl 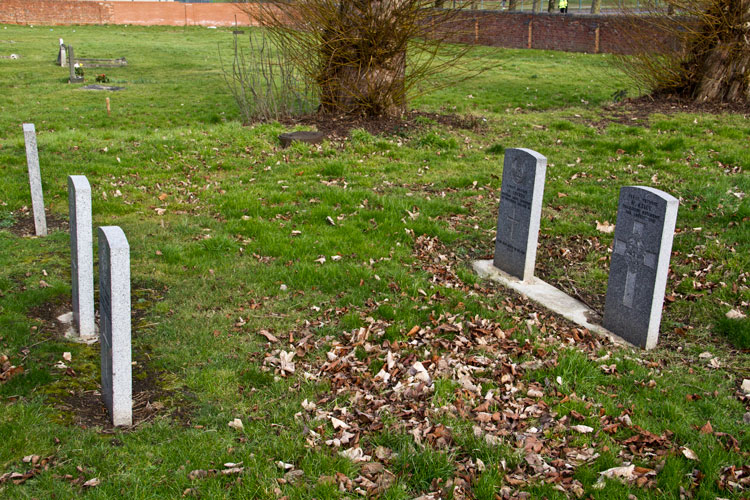 The headstones of Private Kelly (198H) on the right and Private Lockey (199H) beside it. Private Leahy's grave is unmarked in plot 201H. 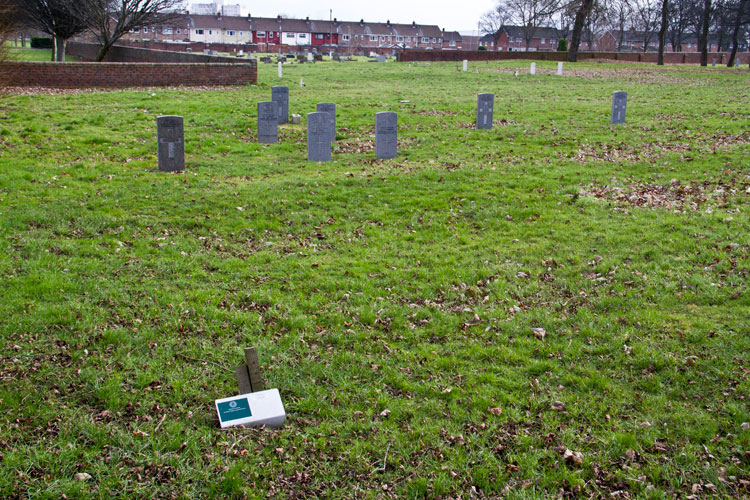 The headstone for John Rafferty (Alias Graham) of the Durham Light Infantry was being restored by the Commonwealth War Graves Commission when this photo was taken (11 February 2013). Amongst the other CWGC headstones in this photo, above Rafferty's grave and slightly to the right, is the headstone for Private Lockey. In line with Lockey's headstone, and two plots to the left, is Private Leahy's grave.

The following information was provided by the Commonwealth War Graves Commission re. the inclusion of M Joyce on E Joyce's headstone;-

"Although he is also buried in the same plot, we do not commemorate M Joyce 284707 because the date of his death falls outside of the Commission’s responsibility. It does appear that his name has also been added to Pte. E Joyce’s headstone at the request of the next of kin as a personal inscription.

We are responsible for the commemoration of members of the Commonwealth Forces who died during the two World Wars.

For purposes of commemoration the dates are as follows:

The reason why the First World War period extends to 31 August 1921 for Commission purposes is that the 'Termination of the present war (Definition) Act' laid down that the war would officially end when an Order in Council under that Act declared the war ended. This duly occurred on 31 August 1921.

The official cut-off point for the casualties of the Second World War was established by the member governments of the Commonwealth agreeing a date that was approximately the same period after the Armistice was signed with Germany, as had been allowed after the First World War. "

Sandra Gallacher (<sgallacher16@virginmedia.com>) forwarded a photo of John Rafferty's headstone after restoration by the Commonwealth War Graves Commission. This s shown below. 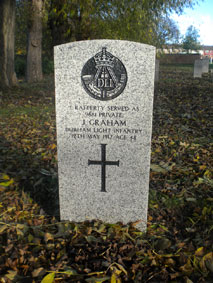 John Rafferty (Alias Graham) of the Durham Light Infantry
To view a larger sized image which opens in a new window, click on the thumbnail image.