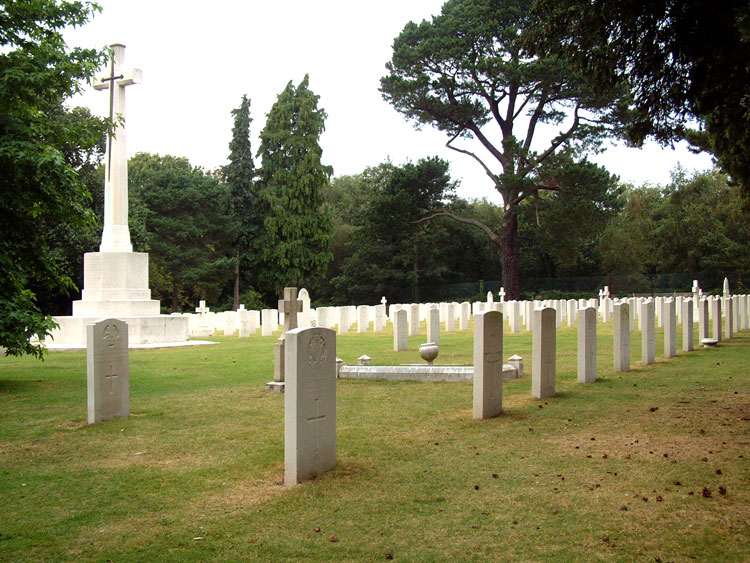 Close by what was once Netley Hospital, and now in the grounds of the Royal Victoria Country Park, is the Netley Military Cemetery.

Soldiers who were treated in Netley Hospital from the time it first opened in 1865 are buried here, and the cemetery is now maintained by the Commonwealth War Graves Commission. As well as the soldiers buried in the cemetery, family members of those who looked after them are also interred here.

For the earlier 19th century graves, there are only headstones for the officers' or family member graves.

It is interesting to note that the graves of First World War and Second World War soldiers buried in this cemetery include not only Commonwealth soldiers, but also soldiers of the opposing forces. The numbers of these soldiers are;-

Derek Walker has supplied photos of the headstones for Private Palmer and Lance Corporal Snow, as well as some additional photos of the cemetery. We are very grateful to him for use of these photos.

For photos of the headstones, select the thumbnail image for a larger sized image which opens in a new window. 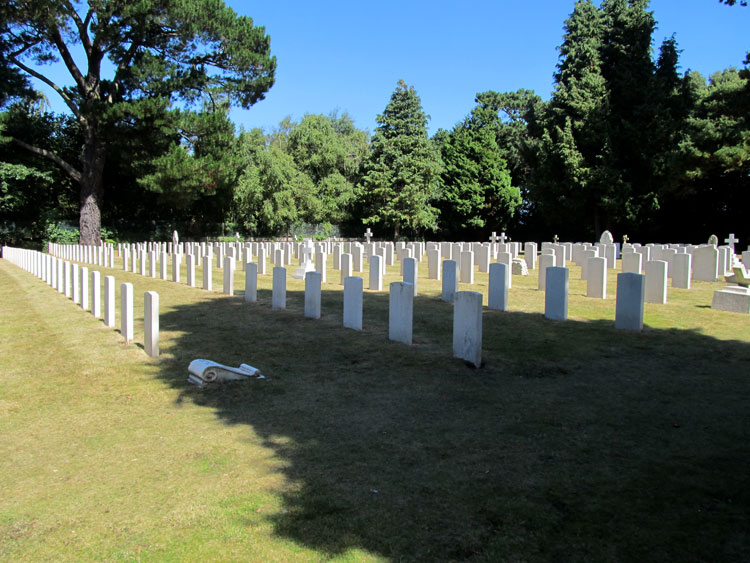 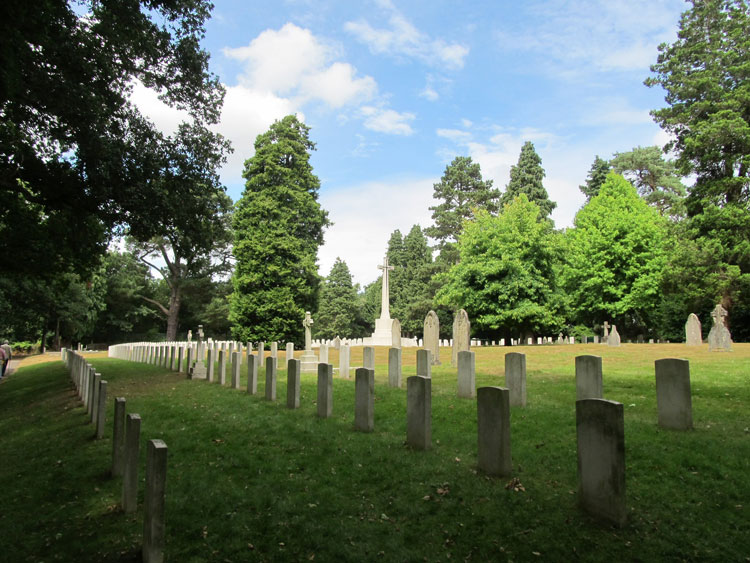