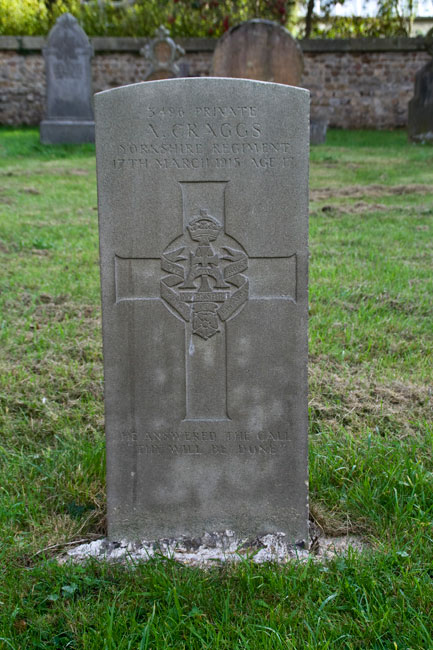 The grave of Private Albert Craggs in the Churchyard of St. John's, Mickley
Photo by Edward Nicholl.

Close by to Private Cragg's grave is that of his parents, - Martha Annie Craggs died 31 July 1909 aged 45 years, and Edward Thorpe Craggs died 15 August 1945 aged 84 years. (see photo below, - the headstone is on the left).
In the Commonwealth War Graves record, the father of Albert Craggs is incorrectly shown as Edward L Craggs. 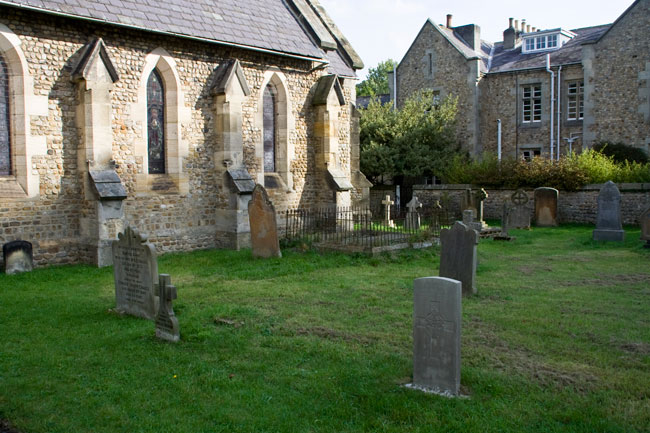 The graves of Private Albert Craggs and his parents in the Churchyard of St. John's, Mickley
Photo by Edward Nicholl. 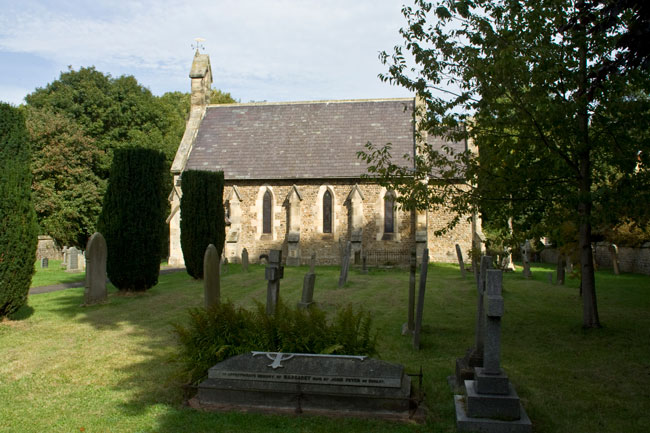