Hipswell (St. John) Churchyard is located relatively close to Catterick Garrison, and was used for burials from Catterick Military Hospital. It contains 64 First World War graves (including two men who served in the Yorkshire Regiment), mainly in a plot marked by a Cross of Sacrifice. There are also two Second World War burials, one of whom was a Green Howard, and the graves of two WW2 soldiers.
In addition, there are many MOD headstones marking the graves of servicemen and women who died in the period after the Second World War. 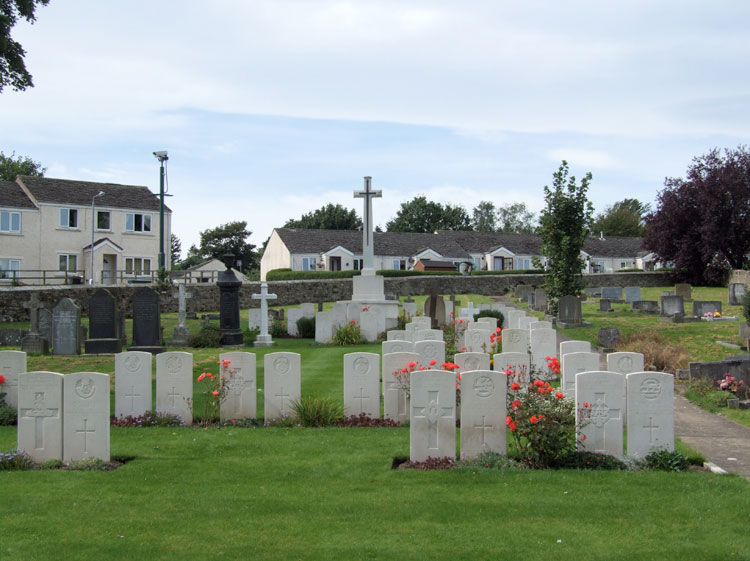