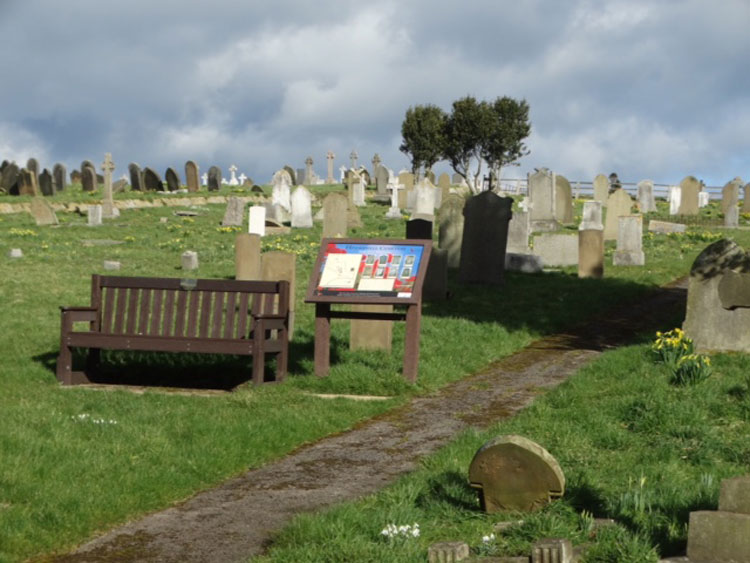 Hinderwell Cemetery - 1 (February 2020)
Showing the information board, on which are described the 8 graves of First World War soldiers.
Photo : Hazel & Keith Hickman (<hickman379@btinternet.com>)

When visited in June 2011, the plot where two of the Yorkshire Regiment graves are located was in very poor condition, - completely overgrown and many graves broken and hidden. However, the cemetery has subsequently been tidied-up and some of the toppled headstones restored. (Ref : Hazel Hickman (<hickman379@btinternet.com>).

Haze Hickman has provided an account of the cemetery, for which see below. 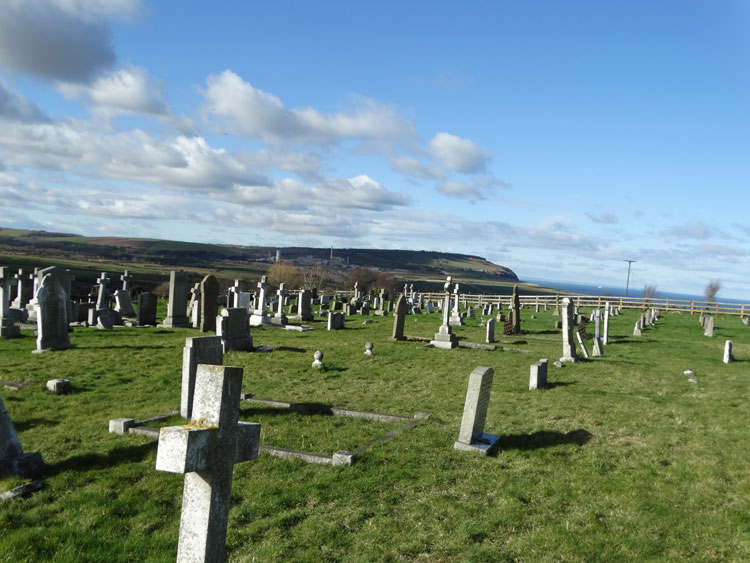 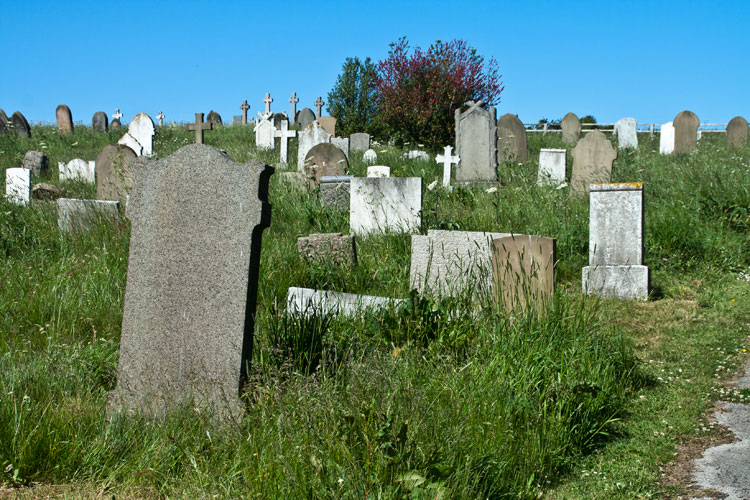 Hinderwell Cemetery, - the WW1 burial plot (June 2011). The grave of Private Dunn is on the right; Private Cole's on the extreme left.
Photo : Edward Nicholl 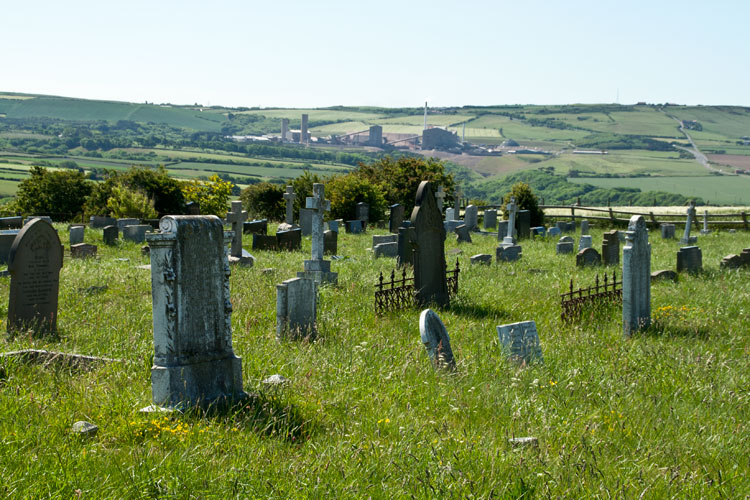 Hinderwell Cemetery (June 2011), - view across towards the Boulby Potash Mine.
Photo : Edward Nicholl

Hinderwell Cemetery is on sloping site which is centred around the original 1829 Chapel Hill Cemetery which is slightly raised and surrounded by a low natural stone wall.

Hinderwell Cemetery is well-maintained and in late Winter it is covered with swathes of naturalised daffodils, primroses and snowdrops. There are wide-open views from the Cemetery towards Staithes, Roxby and Boulby Cliff which is the highest cliff on the North East Coast.

There are three WW1 Yorkshire Regiment graves on the West Side of Low Cemetery to the East of Chapel Hill Cemetery.

There is a display board at the entrance to Low Cemetery that clearly delineates the First World War burial plot. The display board has photographs of each of the eight graves and shows their precise locations including the Yorkshire Regiment’s graves of Private Sanderson Cole, Private Herbert Thomas Dunn and Sapper Thomas Hick.

There are six Commonwealth Second World War graves in Top Cemetery which is to the North of Chapel Hill Cemetery.

The six graves include two army personnel, three members of the Royal Aid Force Volunteers and one woman who served with the Women’s Auxiliary Air Force.