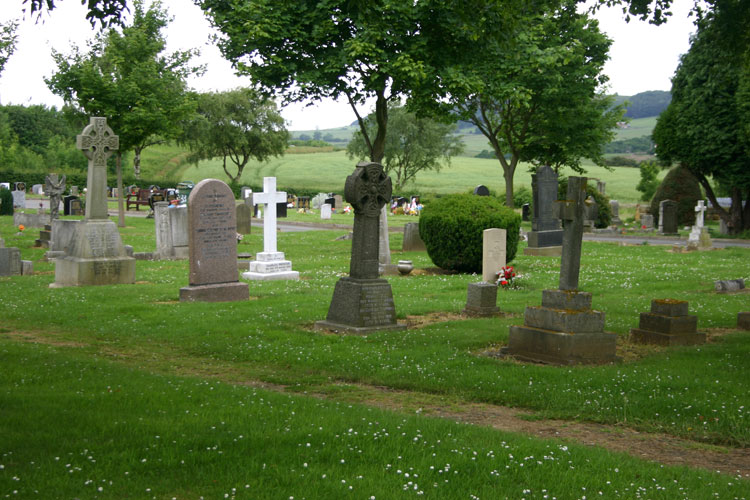 Guisborough Cemetery includes the graves of 8 men of the Yorkshire Regiment who died at home, and one grave of a member of the Green Howards who died at home in World War 2. There is also a family headstone, on which two Smith brothers are commemorated both of whom were killed in the First World War. One of these brothers served in the Yorkshire Regiment.

Photos of the headstones are below. All photos by Edward Nicholl, except for that of the grave of George Hurn which was provided by Colin Appleby (<colinapp@hotmail.com>). To view a larger photo of each grave, click on the thumbnail image for a larger sized image which opens in a new window..

The family headstone for George and Jane Smith in Guisborough Cemetery also commemorates their two sons, John and Thomas, who were killed in the First World War. Jane Smith died in the year following the death of her son, Thomas. 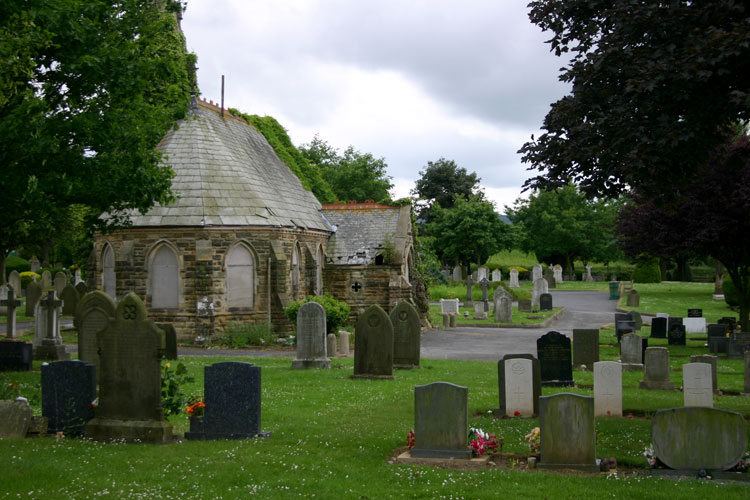 The Chapel of Rest (No Longer in Use) at Guisborough Cemetery
(CWGC headstones on the right are for the Second World War)
(photo : Edward Nicholl) 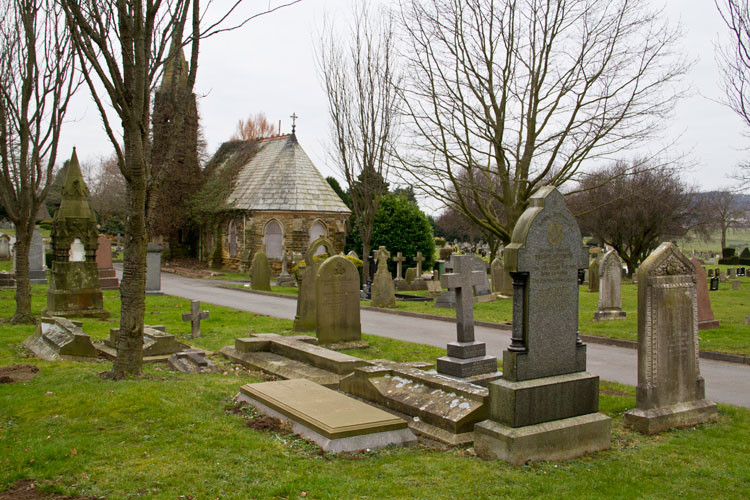 The Richardson Family Grave (foreground) in Guisborough Cemetery.
Behind this grave is a headstone for Charlotte (d 16/7/1894) and Charles Richardson (d 26/1/1887) of Ings Farm, Redcar
Photo : Edward Nicholl