Greenwich Cemetery contains 680 burials from both the First World War and from the Second World War.

Greenwich Cemetery contains 556 First World War burials. More than half of these graves are scattered throughout the cemetery, but 263 form a large war graves plot known as 'Heroes' Corner'. Here, two curved screen walls bear the names of casualties buried both in the plot and in unmarked graves in the cemetery.

One of the burials is that of a soldier who served with the Yorkshire Regiment.

We are very grateful to Chris Doran of the Find a Grave website for photographing the commemoration of this soldier on the Screen Wall.

The Screen Wall in Greenwich Cemetery on Which L/Sgt Taylor is Commemorated
Select the above image for a larger sized one which opens in a new window.
Photo : Chris Doran of the Find a Grave website (<chrisj.doran@physics.org>) 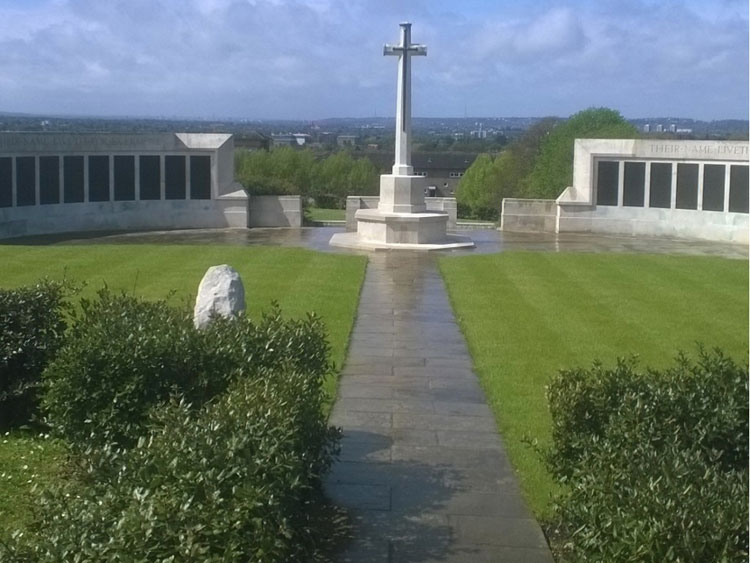