The cavalry barracks and military hospital at Fulford were both in use during the First World War. During the Second World War, Fulford fell within the military area of the City of York, the headquarters of Northern Command.

Fulford Cemetery contains 104 First World War burials and 115 from the Second World War. Burials from both wars form a war graves plot, the rest of the graves are scattered. There are also 15 war graves of other nationalities within the war graves plot. The graves of more than 50 German servicemen, most of whom died in the No. 162 Prisoner of War Hospital at nearby Naburn, were later removed to the German cemetery at Cannock Chase.

The graves of four men of the Yorkshire Regiment are located in the war graves plot.

We are very grateful to Richard Roberts (<richard.nsw@googlemail.com>) for providing the photos from this cemetery. 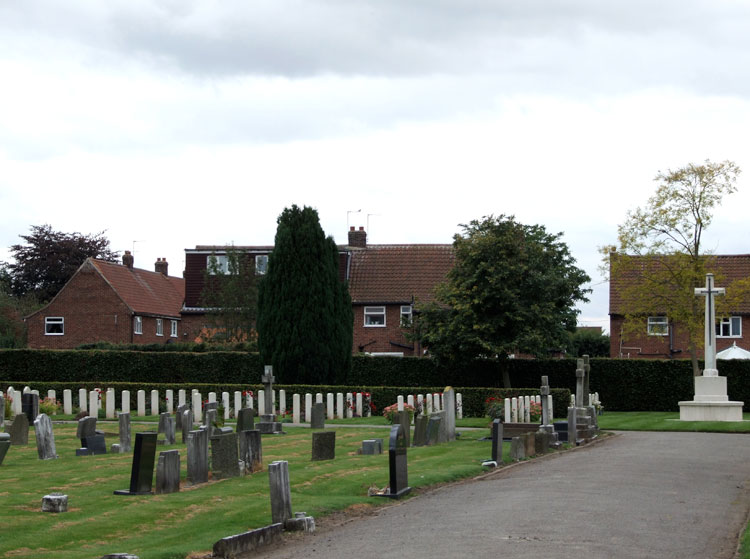 Fulford Cemetery, - the Cross of Sacrifice and the War Graves Plot.