Eldon (St. Mark's) Churchyard, Co. Durham, contains 10 burials from both the First and Second World Wars, with 5 of these being for the First World War. The First World War burials are in the Eastern part of the cemetery, all of them not too far from the Eldon and District War Memorial. Four of the burials are marked by Commonwealth War Grave headstones, and one by a family headstone.

One of the burials is for a soldier of the Yorkshire Regiment, who grave is marked by a family headstone.

One other War Grave is of interest in that it was originally marked by a family headstone. This particular headstone became badly damaged, and the grave is now marked by a Commonwealth War Grave headstone on the same plot beside the original headstone.

St. Mark's Church, Eldon and the Eastern part of the churchyard. Private Jackson's headstone is almost in the centre.
(Photo : Edward Nicholl, <emn@enicholl.com>) 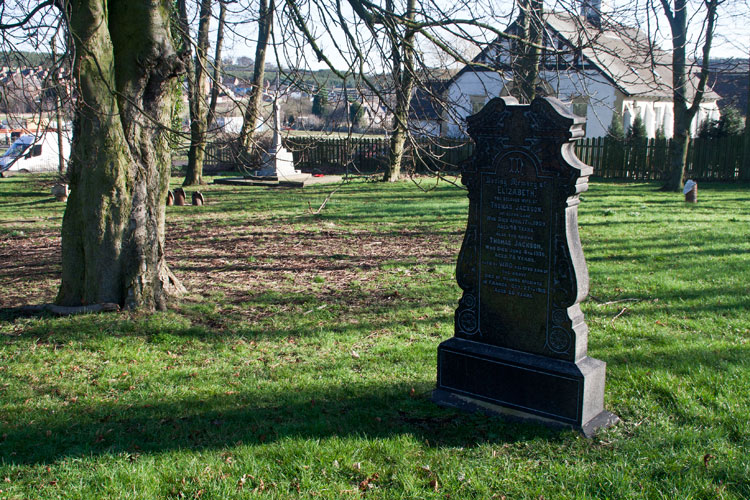 Below is a photograph of the grave of Private William Franklin of the R A M C, who died in Bristol Hospital on 5 October 1916 aged 28. Also buried was his wife Sarah Ann who died the following year aged 26. The broken family headstone is now accompanied by a Commonwealth War Graves headstone. 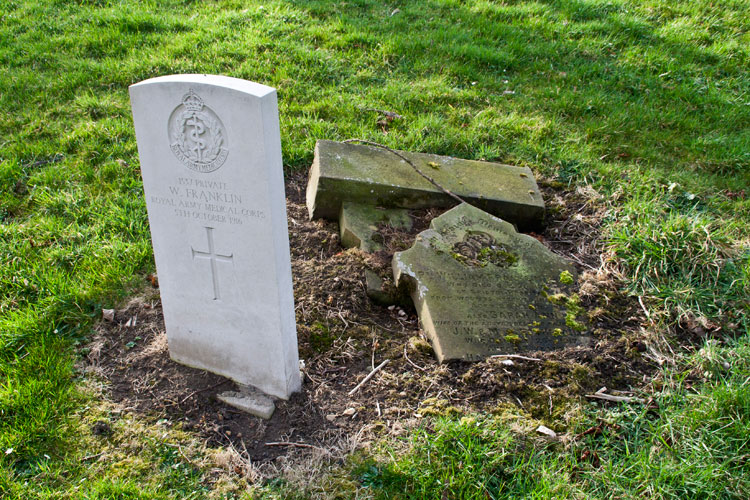