East Harling Cemetery contains 9Commonwealth War Graves, - all but one of which are from the First World War. One of the graves is that of a soldier who served with the Yorkshire Regiment.

We are very grateful to Richard Roberts (<richard.nsw@googlemail.com>) for providing the photographs of the headstone and the cemetery. 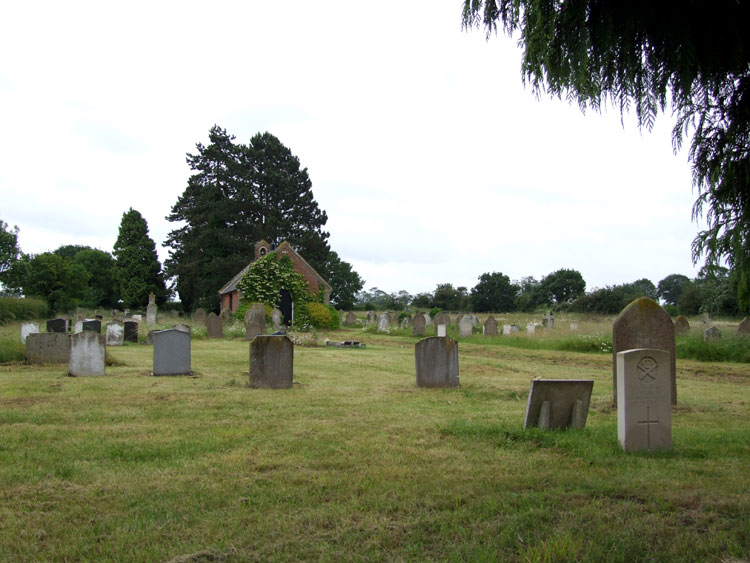 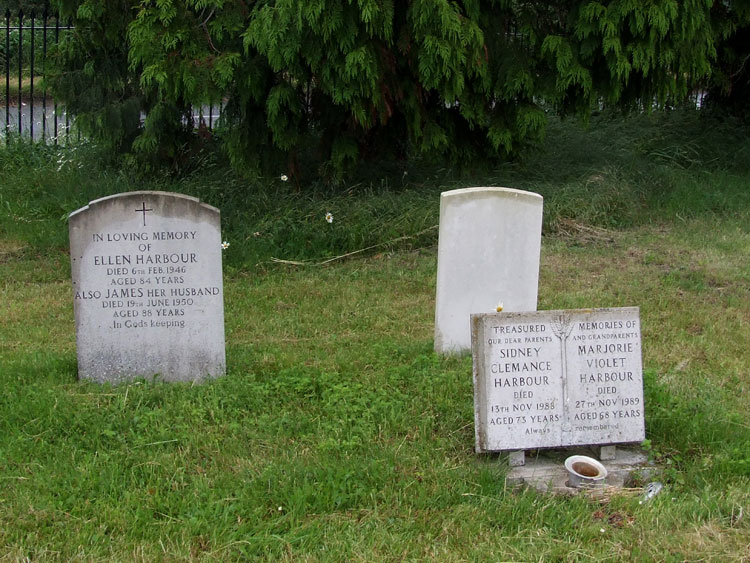 View looking at the back of Pte Harbour's headstone set between the graves of other Harbour family members,
- namely his father James, mother Ellen, his son Sidney and Sidney's wife, Majorie.
Photo by Richard Roberts (<richard.nsw@googlemail.com>)

Information on Clemence Harbour was provided by Sue Hartga (<sue.hartga@ntlworld.com>), a grand-daughter of Susanna Carter, the wife of Clemence Harbour who remarried after his death, - her second husband being Charles Carter.