East Ham (St. Mary Magdalene) Churchyard contains 60 burials from both World Wars, - 47 from the First World War and 13 from the Second.

The churchyard is of nearly 10 acres (one of the largest churchyards in Europe ), and which is now managed as a nature reserve by the London Borough of Newham. The war graves are no longer maintained, however.
A Pastoral Scheme leased the churchyard to the London Borough of Newham for a period of 125 years. The lease includes a covenant that the local authority will not remove or disturb, or permit the removal or disturbance of, any war grave tombstone, monument or memorial in the churchyard. All the existing headstones remain in situ but the graves are not maintained. The official point of commemoration is the "alternative commemoration" memorial erected in 1997 near the High Street South boundary wall but a CWGC Inspector keeps an eye to ensure that the actual graves remain undisturbed. 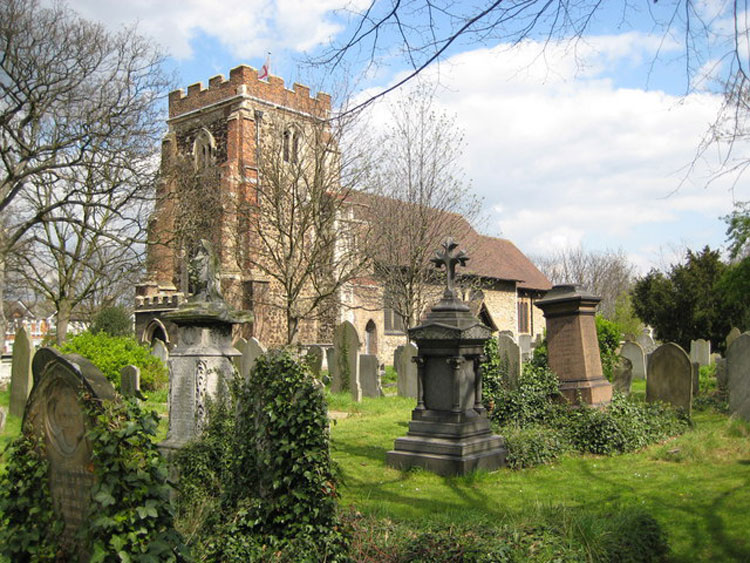