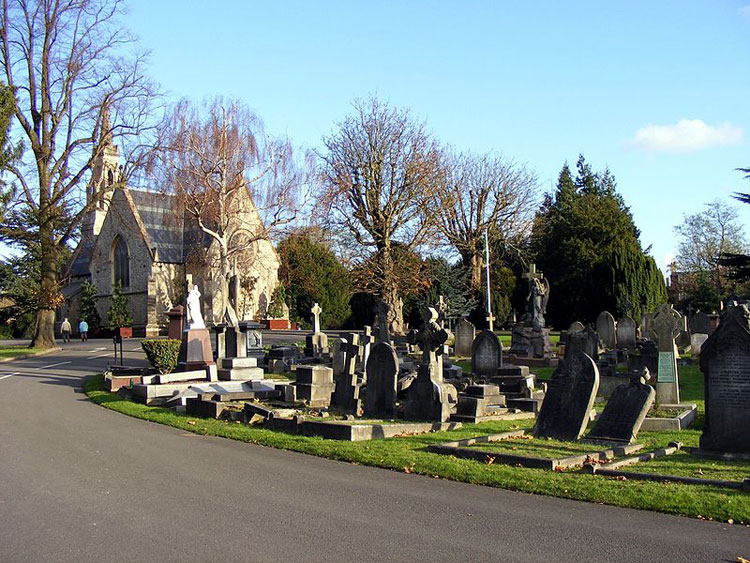 There are 75 Commonwealth burials of the 1914-1918 war in the cemetery. There are a further 79 burials of the 1939-45 war, 2 of which are unidentified British soldiers. There are also 10 non-war service burials here. There is a Screen Wall memorial, behind the Cross of Sacrifice, recording the names of the 1939-1945 casualties who were cremated and also names those burials not marked by headstones. There is also a small memorial on the left hand side of the plot recording names of 8 1914-18 casualties, who lie buried elsewhere in the cemetery and whose graves could not be individually marked.

There are 78 burials from the First World War, and 98 from the Second World War, in the cemetery.
One of the burials is that of an Officer of the Yorkshire Regiment, who is buried in a family grave. This Officer had previously served in the 3rd Battalion before joining the Royal Air Force, in whose service he was killed in a flying accident.

We are very grateful to waynetyke123 (<waynetyke123@aol.com>) for the headstone photos.

Click on the thumbnail image of the headstone for a larger version of the photo which opens in a new window.