There are 8 burials relating to the First World War in Deaf Hill (St. Paul's) Churchyard. The graves are all in the Western part of the Churchyard, - between the church and the road. They are all easily located.

Two of the graves are for soldiers who served with the Yorkshire Regiment.

One other grave is of interest in that it was for a member of the Non-Combatants Corps. 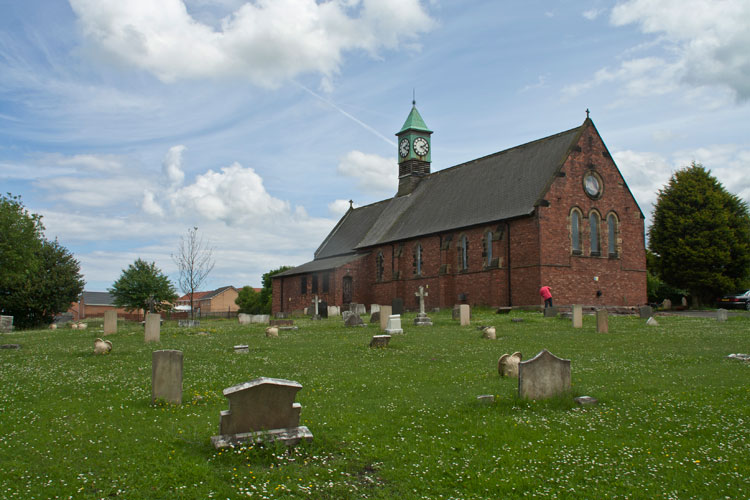 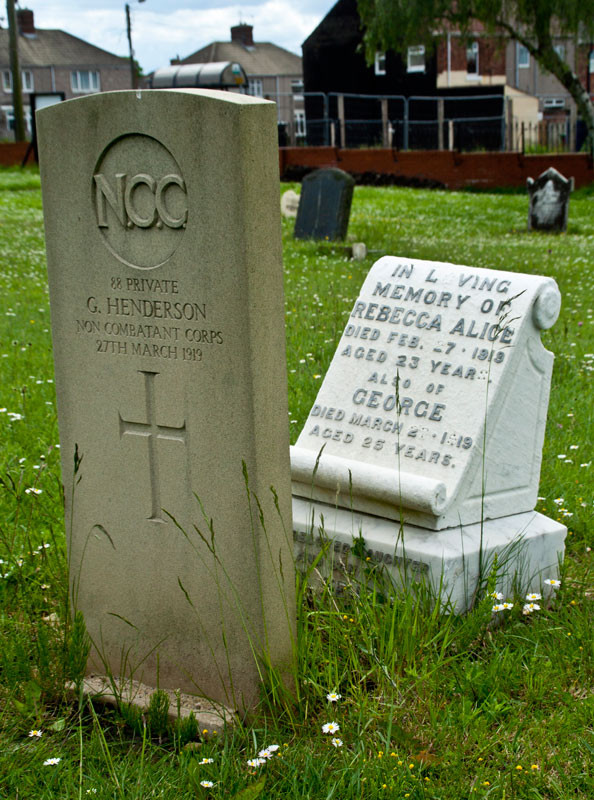 The grave of Private G Henderson of the Non-Combatant Corps, in front of the family headstone.
Photograph : Edward Nicholl, <emn@enicholl.com>

The following information on the Non-Combatants Corps comes from Wikipedia;-

"The Non-Combatant Corps (NCC) was a corps of the British Army primarily composed of conscientious objectors. Its members fulfilled various non-combatant roles within the army during both the First World War and Second World War."