Colchester Cemetery was opened in 1856 and now belongs to the Corporation. It originally covered about 30 acres, but was enlarged in 1940 to 67 acres. The newer part is on the western side of the original burial ground, and behind it is the site of a Roman Way.

There are 267 Commonwealth burials of the 1914-1918 war, 1 being unidentified, of which 50 are in the War Plot, while 11 Australian graves are together in a group nearby, the remainder being scattered. After the war a Cross of Sacrifice was erected on a site overlooking both the plot and the group of war graves, in honour of all the servicemen buried here.

Two soldiers who served with the Yorkshire Regiment are buried here.

We are extremely grateful to "oldpicruss" for providing their photos of the headstones. 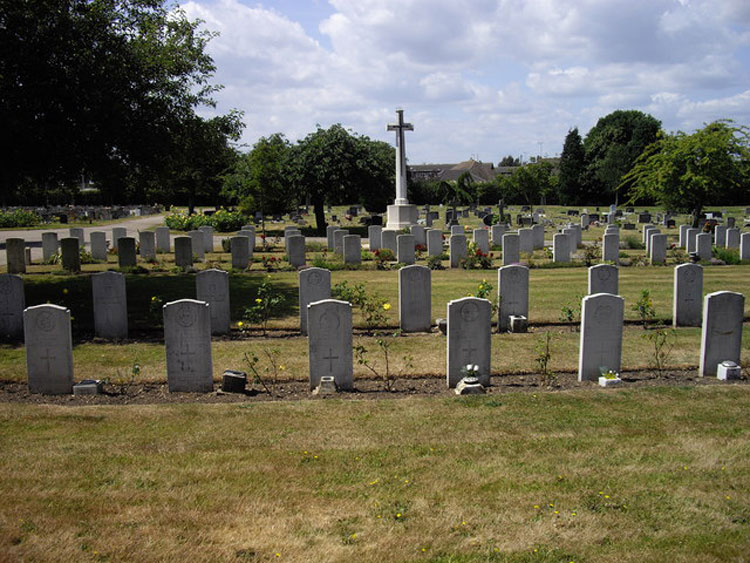 The Cross of Sacrifice and the War Graves Plot in Colchester Cemetery
Photo © Copyright PAUL FARMER and licensed for reuse under this Creative Commons Licence. 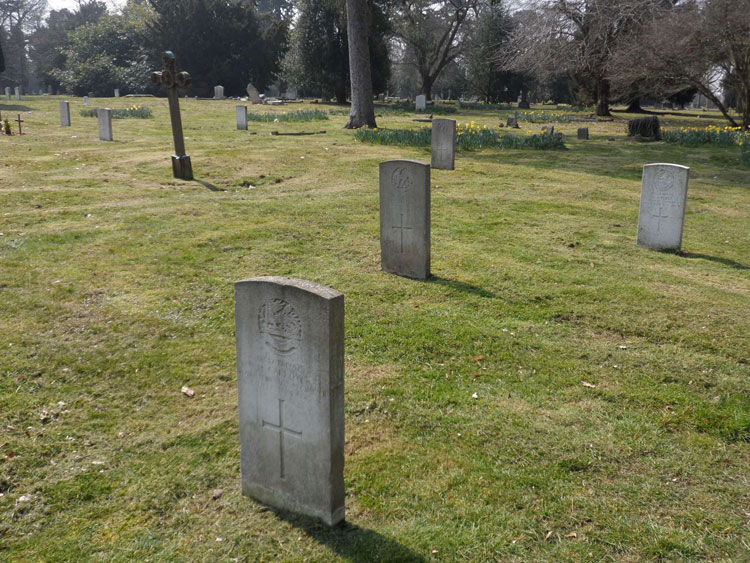