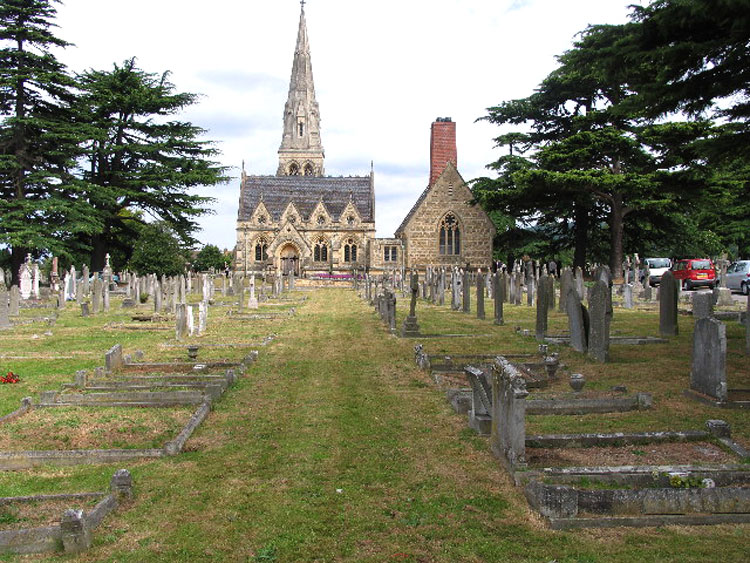 Cheltenham Cemetery contains burials of both wars. The 109 First World War graves are mainly of men who died in the local voluntary hospitals. The burials are scattered except for a small plot of 10 Australian graves. The Second World War burials number 71, half of them forming a war graves plot in the eastern part of the cemetery.

There is also a family grave on which an Officer of the Yorkshire Regiment, Lieutenant Graham Hicking, is commemorated. Remarkably, this family headstone also commemorates his brother who was killed on the same day. We are extremely grateful to 28TH61ST+ONE. who has provided the photograph of the Hicking family headstone.

Further details on Lieutenant Barnett can be found on Photos of Individuals, - "B". 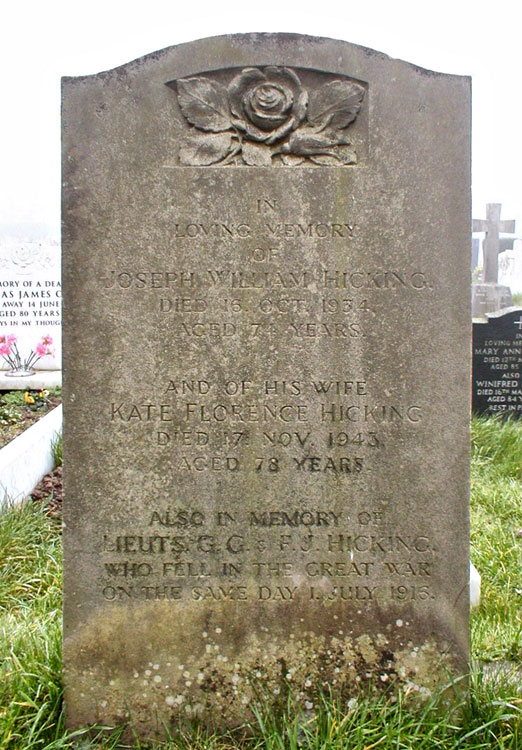