The 1st Eastern General Hospital, with 1,173 beds, was posted to Cambridge during the First World War, initially at the Leys School and Trinity College, later in huts. The First World War burials in Cambridge City Cemetery are mostly in two plots, one in the southern part of the burial ground, known as the Dominion Plot, and the other on the northern boundary. The Cross of Sacrifice stands on the western border of the Dominion Plot, while in the centre of the other is a memorial cross of Portland stone which was erected by private subscription.

The Second World War graves are also mainly in two War Graves Plots with a few others scattered throughout the cemetery The general Service plot was established in 1940, and the Air Force plot in 1942 for the burial of casualties from the Air Force stations set up in the eastern counties during the war. These included Bomber Command bases in Lincolnshire and fighter stations in Norfolk and Suffolk. The Stone of Remembrance, which was unveiled by Marshal of the Royal Air Force Lord Tedder in July 1951, stands near the centre of the Air Force plot.

One Officer of the Yorkshire Regiment is buried in this cemetery.

We are very grateful to Richard Roberts (<richard.nsw@googlemail.com>) for photographs of the cemetery and of the Officer's grave. 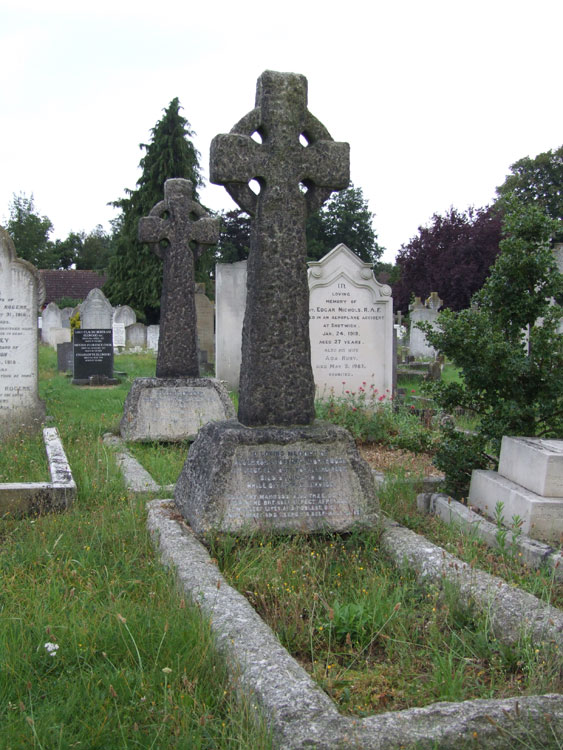 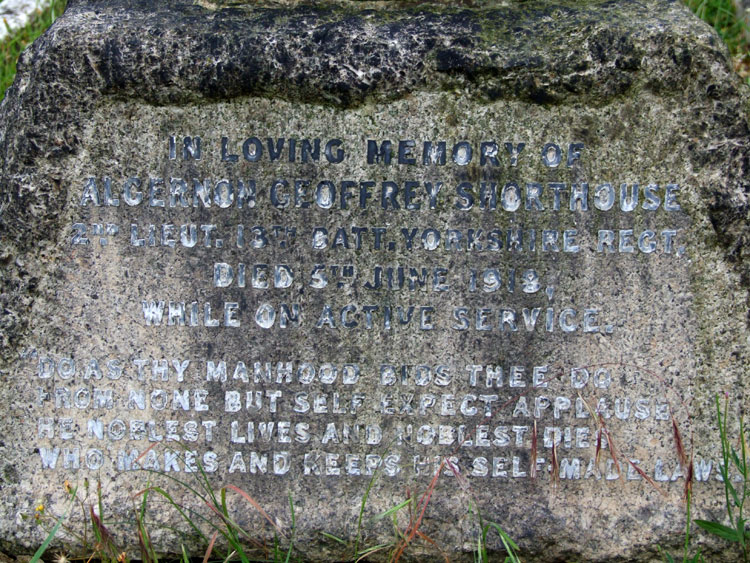 Detail, 2nd Lieutenant Shorthouse's grave in Cambridge City Cemetery
IN LOVING MEMORY OF ALGERNON GEOFFREY SHORTHOUSE
2ND LIEUT 13TH BATT. YORKSHIRE REGT.
DIED 5TH JUNE 1919
WHILE ON ACTIVE SERVICE
"DO AS THY MANHOOD BIDS THEE DO
FROM NONE BUT SELF EXPECT APPLAUSE
HE NOBLEST LIVES AND NOBLEST DIES
WHO MAKES AND KEEPS HIS SELF-MADE LAWS"
Photo, Richard Roberts, <richard.nsw@googlemail.com> 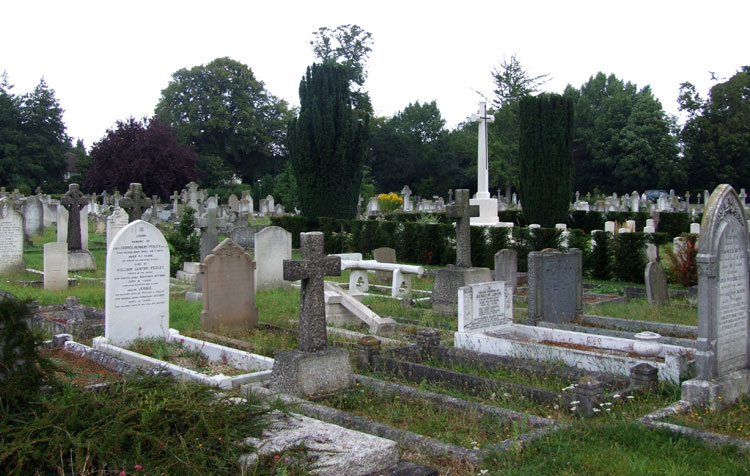 General View, Cambridge City Cemetery
Lieutenant Shorthouse's grave is located next to a smallish WW1 CWGC plot in which Commonwealth soldiers are buried.
His grave (out of direct sight) is marked by the Celtic cross to the right of the CWGC headstone.
Photo, Richard Roberts, <richard.nsw@googlemail.com>