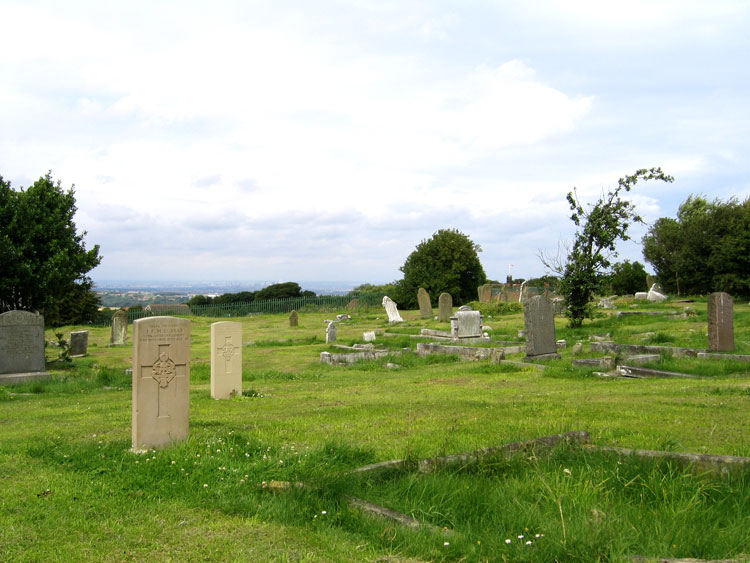 A view of Brotton Church Cemetery, looking towards Middlesbrough,
with the headstones for Privates Clarke and Marshall in the foreground.

Brotton Church Cemetery. There are 11 Commonwealth War Graves in the Churchyard, relating to both the First and Second World wars. Four of these graves are for men who served with the Yorkshire Regiment.

There is also one family headstone for a soldier of the Yorkshire Regiment who is buried in the cemetery, CSM Ernest Radford.

Richard Roberts (<richard.nsw@googlemail.com>) has kindly provided the photographs of the cemetery, and three of the headstones.

Select a thumbnail image of a headstone for a larger sized image to open in a new window. 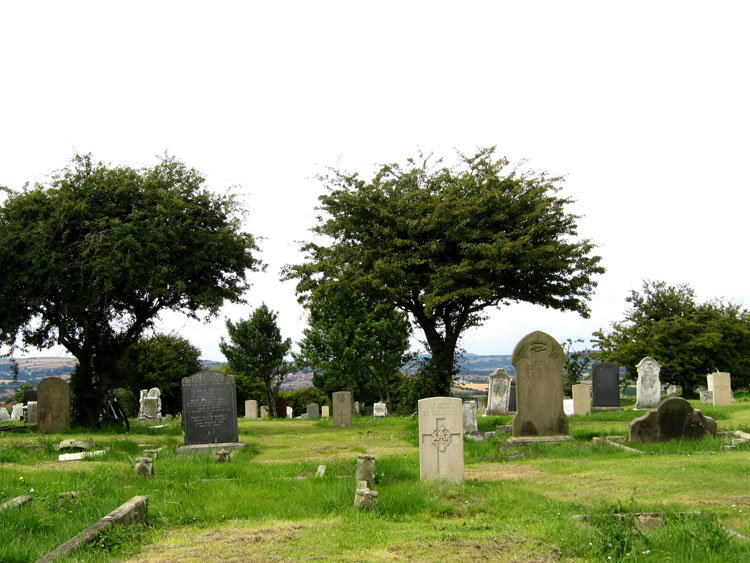 A view of Brotton Church Cemetery with the headstone for Private Thomas in the foreground. 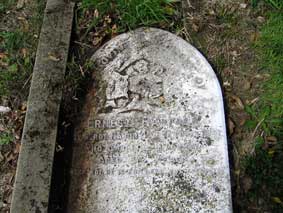 For a larger version of this image. select the thumbnail (above). Close the window that opens to return to this page.

The Radford Family headstone has, with age, become difficult to read. The inscription is as follows;-
IN LOVING MEMORY OF
ERNEST RADFORD
COY SERGT MAJOR , 4TH BTN YORKS REGT.
WHO DIED JULY 10, 1919,
AGED 32 YEARS.
"WEEP NOT, HE IS NOT DEAD BUT SLEEPETH"

ERECTED BY HIS LOVONG MOTHER

The above photograph has been provided by Richard Roberts (<richard@nosnailshere.co.uk>).