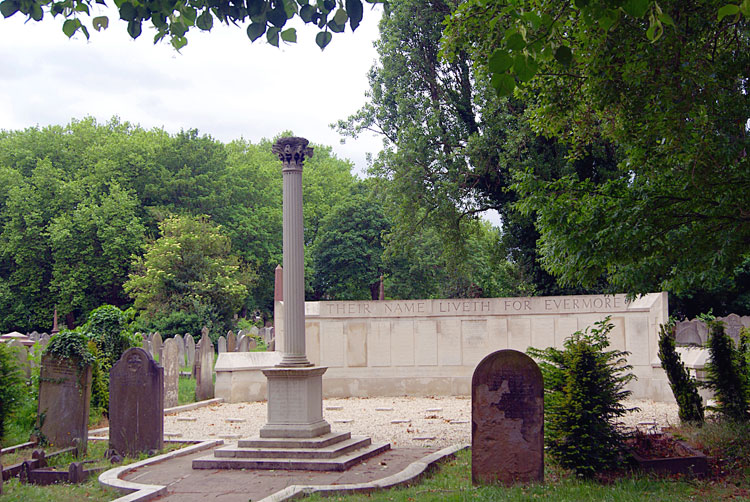 There are 175 burials of the 1914-1918 war and 19 of the 1939-1945 war in this cemetery. There is a War Plot which contains the majority of the graves and on the west side there is a Screen Wall Memorial bearing the names of those whose graves are not marked by headstones.

A list of all those buried in the cemetery is given on the Lewisham War Memorials website. This list of names provides biographical details for each name. Unfortunately, although the page is headed "Brockley Cemetery Deptford War Memorial Wall Names", the transcribed names do not distinguish between those who have marked graves and those whose names appear on the Screen Wall. To distinguish between the two sets of names, the Commonwealth War Graves Commission records are required.

One soldier of the Yorkshire Regiment is recorded on the Screen Wall, - indicating that he has an unmarked grave in the cemetery. However, this soldier died overseas, making this "home" burial unusual. Further information is given below.

The photos of the Screen Wall are from the website, England Expected.

Private Russell enlisted at Walworth, London, in the 2nd Battalion on 24 October 1913. His occupation at the time was that of Brewery Labourer.
He embarked with the 2nd Battalion for Belgium, arriving in Ypres on 14 October 1914. His name is on the Roll of Honour for those who embarked with the battalion.
He was wounded at some point in October / November 1914, and was taken to the No 7 Stationary Hospital, Boulogne, where he died. (Ref. Register of Soldiers' Effects)
Since almost all UK soldiers who died overseas in the First World War were buried in the country where they fell, it would be expected that this would have been the case with Private Russell.

In the book "Empires of the Dead" by David Crane, which is effectively a history of the Commonwealth War Graves Commission, especially in respect of the First World War, on p68 of this book it is stated that
"In the early months of the war a number of private exhumations had been carried out by families who wanted their son's or husband's bodies home.........."
it wasn't until February 1915 that the principle of no exhumations / return of bodies to the UK became cast in stone.
Possibly the last soldier whose body was returned home was William Glynne Charles Gladsone, MP, - grandson of W E Gladstone. He died on 13 April 1915.

It would appear, therefore, that Private Russell's parents arranged for the transport of his body back home, for burial in Brockley Cemetery. This overseas death / burial at home is the only known case for a soldier in the Yorkshire Regiment. 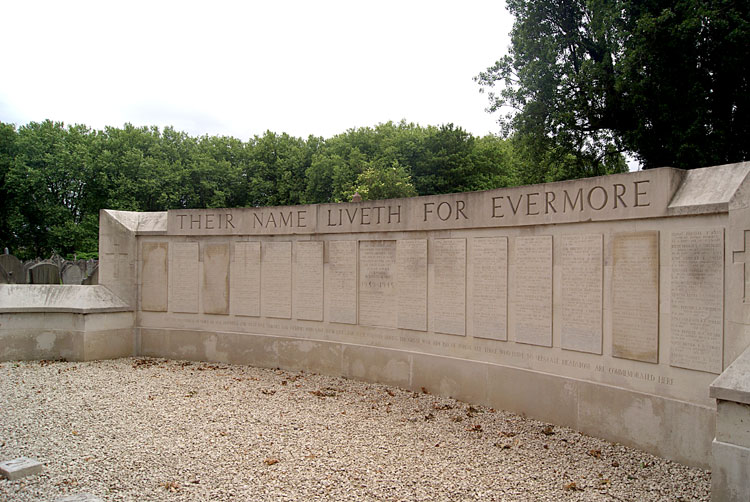 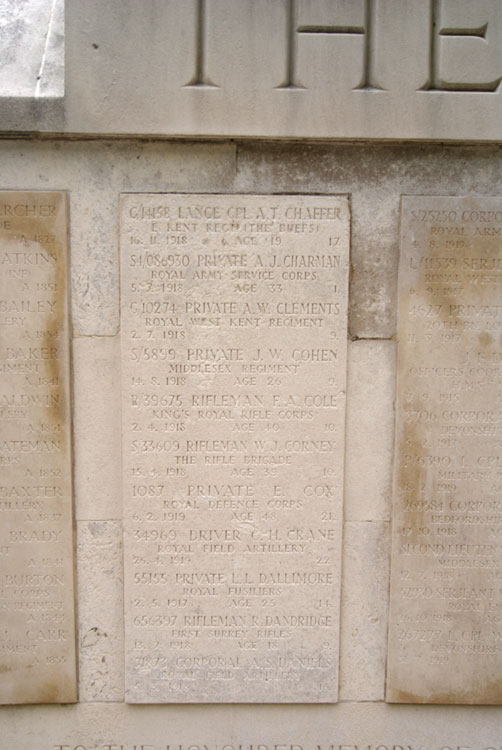