Bradfield (St. Nicholas) Churchyard contains 8 burials from both World Wars, - 4 from the First World War and 4 from the Second World War.
The church of St. Nicholas is in the village of High Bradfield, to the North West of Sheffield.

One burial is that of a soldier of the Yorkshire Regiment.

We are very grateful to Mike Berrell for the photographs of the headstone and St. Nicholas' Church. 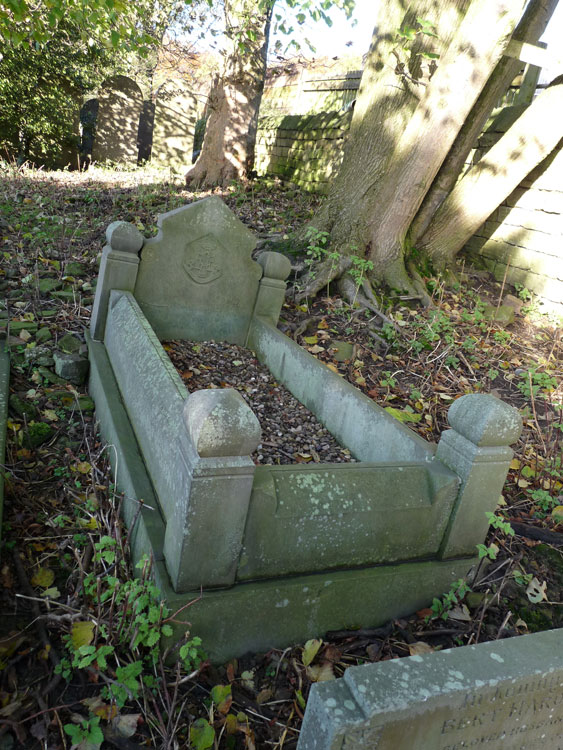 The Family Grave in Which Lieutenant Crapper, MM, is Buried
Photo : Mike Berrell

The following biographical notes on Lieutenant Crapper are taken from Robert Coulson's work on Officers of the Yorkshire Regiment;-

An older soldier Charles Crapper was a sergeant with the Royal Army Medical Corps before being commissioned and joining the 3rd battalion in the UK doing coastal defence work around the Middlesbrough and Hartlepool areas, and training drafts for the front line battalions.
As manpower shortages began to bite later in the war 2nd Lt Crapper was sent to France to join the 5th battalion. During the ten days of almost continuous fighting in March 1918 during the enemy spring offensive Charles Crapper was wounded in action and sent back to England on a hospital ship.
He died of his wounds at home on April 26th 1918 at age of 31.
2nd Lt Charles Crapper MM was the husband of Mrs L Crapper of 8 Cavendish Road, St Johns Wood in London.

Richard Roberts (<richard.nsw@googlemail.com>) adds;-
The 1911 Census says he was the son of Joseph & Emma Crapper and was born in 1889 in Bradfield. His wife's forename was Mabel (as inscribed on his grave marker and not "L" as suggested in the biography which is probably based on the [incorrect] CWGC record). The biography might be slightly misleading as, according to his Medal Card (if that can be relied upon), he went to France with the RAMC on 27/8/1915 & won the MM whilst serving with the Corps. He was commissioned into the Yorkshires on 18/7/1917, just around the time he got married. 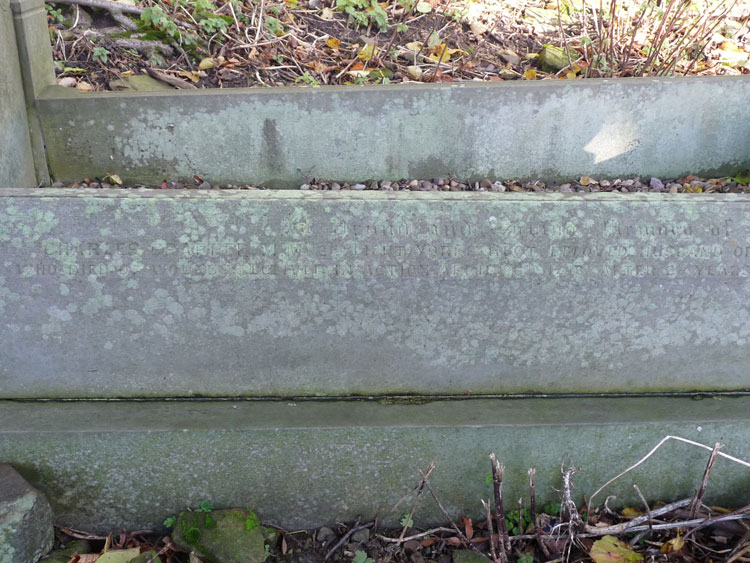 The Commemoration on the Side of Lieutenant Crapper's Grave.
"In Proud and Loving Memory of
CHARLES CRAPPER MM, 2ND LIEUT YORKS REGT. BELOVED HUSBAND OF .....
WHO DIED OF WOUNDS RECEIVED IN ACTION ON APRIL 16TH 1918 AFTER ......"
Photo : Mike Berrell 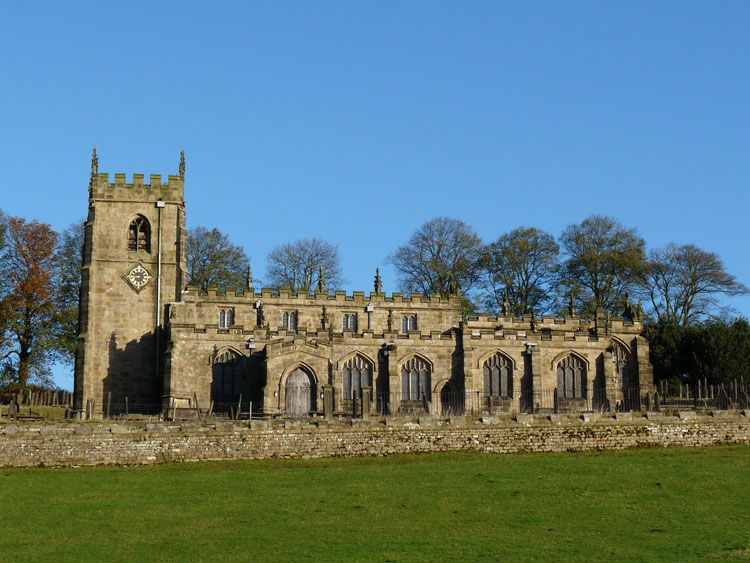